Peskov: Russia will not appeal the decision of the ICC on Donbass

December 7 2017
71
Russia does not recognize the jurisdiction of the International Criminal Court (ICC) for alleged opposition to the Russian and Ukrainian military in the Donbas and will not challenge its decision, said presidential press secretary Dmitry Peskov. He told reporters about this in a request to comment on media reports that in the annual report of the Prosecutor of the ICC on the events in Ukraine, the armed conflict in the east of this country was described as international. 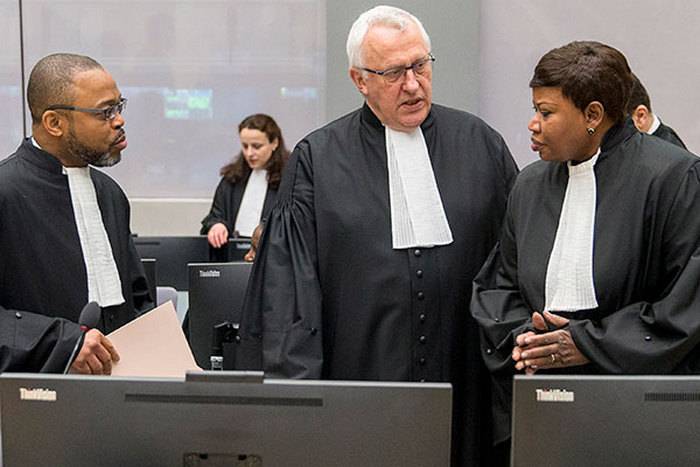 Russia in this case does not recognize the jurisdiction of the International Criminal Court, so we have nothing to challenge
- said the representative of the Kremlin.

In November 2016, Russian President Vladimir Putin signed a decree "On the intention of the Russian Federation not to become a party to the Rome Statute of the International Criminal Court." The Ministry of Foreign Affairs of the Russian Federation in its statement then noted that the court did not justify the hopes placed on it and did not become a truly independent, authoritative body of international justice.

We note that last year the ICC in The Hague recognized the reunification of Crimea with Russia equivalent to the armed conflict between Ukraine and Russia.