December 7 2017
38
Major General Rustam Muradov was appointed commander of the 2 th Guards Combined Arms Army in the Volga region, according to the press service of the Central Military District, addressed to the Military Survey. 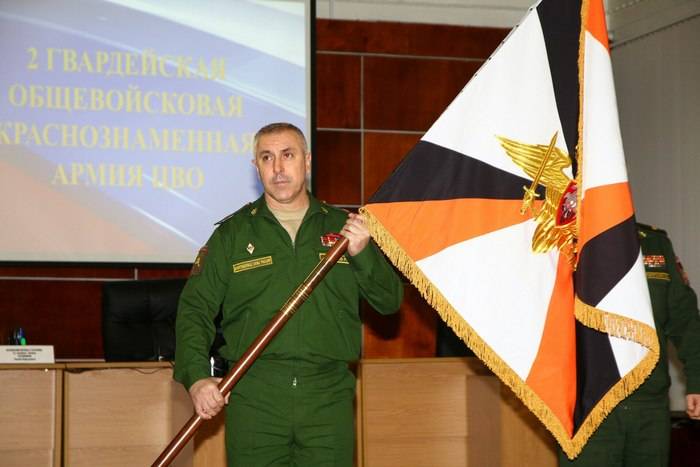 Major General Muradov with a personal standard
Today in Samara, a solemn ceremony was held, at which the Deputy Commander of the Central Military District, Major General Sergei Poletuchy, presented the new standard to the new commander and presented the officers of the army headquarters
- reported in the district

For dedication, courage and bravery shown during the hostilities in the North Caucasus region, he was awarded two Orders of Courage, for ensuring the defense capability of the Russian Federation - the Order for Military Merit.

The previous commander of the 2 Army, General Gennady Zhidko, became Deputy Chief of the General Staff of the RF Armed Forces.

Ctrl Enter
Noticed oshЫbku Highlight text and press. Ctrl + Enter
We are
General with Syrian experience. The head of the military operation in Syria was appointed commander of the Southern Military DistrictPutin demanded Serdyukov to write a resignation report
Military Reviewin Yandex News
Military Reviewin Google News
38 comments
Information
Dear reader, to leave comments on the publication, you must to register.