December 7 2017
19
President Petro Poroshenko made a statement that during the operation in the Donbass more than 2,7 thousand died. Look with reference to the site of the head of state. 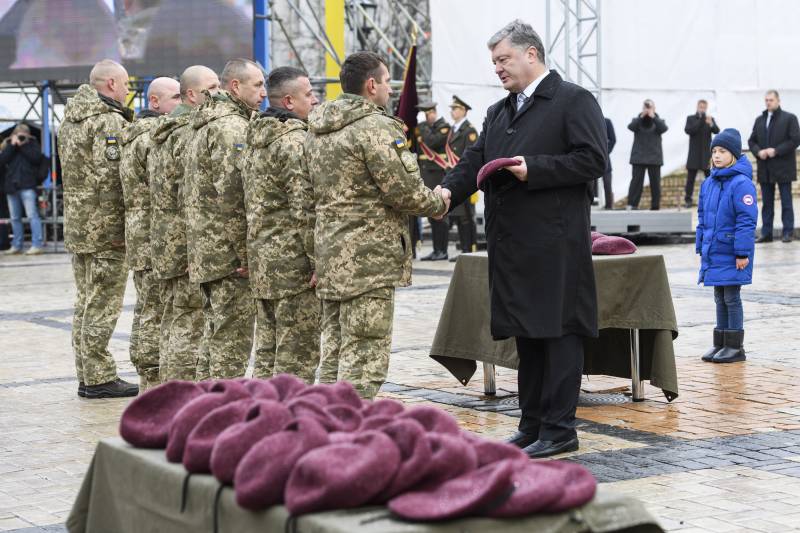 More than 2,7 thousands of Ukrainian military, including almost 2,4 thousands of the Ukrainian armed forces gave their lives for Ukraine to be saved,
said Poroshenko.

Recall that at the end of October, the General Staff of the Armed Forces of Ukraine stated that since the beginning of the military operation in the Donbass “irretrievable losses of the security forces amounted to 2 333 people, another 8 377 soldiers were injured and injured. Last year, as a result of the fighting, 212 military personnel died, and sanitary losses amounted to 1 thousand. 277 people.

Earlier, the head of the General Staff, Viktor Muzhenko, said that the main task of the Armed Forces of Ukraine in 2018 will remain “building up combat and operational capabilities”

Summing up the outgoing year, the ministry stated that additional parts of the Armed Forces of Ukraine had been deployed in “potentially dangerous areas”, and protection from various threats had been worked out.