December 8 2017
226
The IOC has removed the Russian national team from the Winter Olympics in South Korea, allowing only “Olympic athletes from Russia” to the Olympics, who still have to prove their “cleanliness”. To go or not to go to the Winter Olympics in such a situation, in fact, to the sports war? Some consider such participation in the Olympics as a humiliation of Russian sports, others are ready to prove the strength of our sport in such conditions. 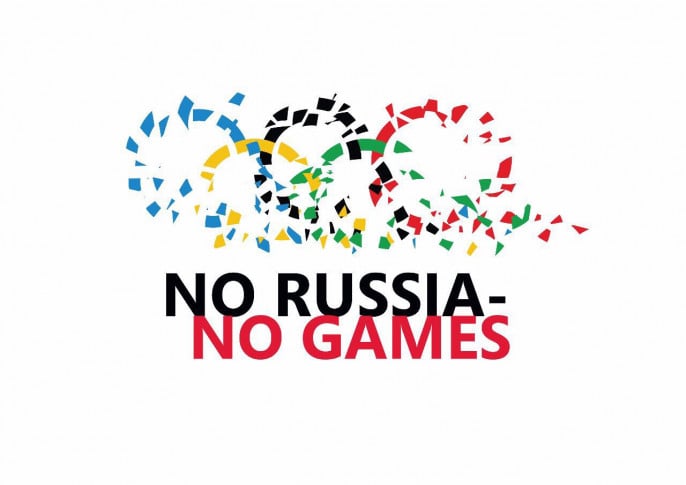 Understand without emotion, as suggested by presidential spokesman Dmitry Peskov. The anti-Russian "doping" campaign is "clearly directed," according to President Vladimir Putin, a more than informed person, but then it will continue against our athletes in South Korea. That is, the "doping" humiliation and mockery of them will continue in South Korea. Those who want to see this for themselves can go to the Olympics.

We will receive additional evidence of the “dangling” scandal of the WADA and the United States behind it. This is after all the implementation of the public threat of US Special Representative Kurt Walker, ex-employee of John McCain, about “isolating Russia in the world,” if she does not make concessions to the United States in Ukraine.

Secondly, the organizers of this sports special operation are also considering the option of Russia's participation in the Olympiad in the shortened composition under the Olympic flag. They will have to be shown that without doping the Russians cannot win to prove the accusations of WADA. That is, we are waiting for dishonest judging, Western “sportsmen” and new provocations inflated by doping.

The essence of the matter is that, after all that has happened, Russia cannot be trusted either by the WADA or the IOC - provokers cannot be trusted. We should expect the continuation of provocations at the Olympics in South Korea. Can and throw, and "scratch" the next test, exert psychological pressure, manipulate with refereeing.

Thirdly, what should our athletes who do not want to play under the white Olympic flag do, who is insulting to the power, and those who were unfairly disqualified from WADA, who were not only taking the Olympics, but who attacked their sporting career and reputation? Moreover, there will be more and more of them, given the growing hybrid war.

It must be admitted that a Western monopoly on international sport has developed, and since the beginning of the hybrid war with Russia, the West has begun to actively use its monopoly position and will continue to use it. This monopoly must be destroyed, otherwise the political pressure of the West on world sport will not stop, and it will be impossible to fight it.

In other words, Russia needs an Olympic, and in general, sports counterplay, and for the future. In this capacity, only alternative international sports grounds can perform. Sooner or later, you will have to create a counterbalance to the Olympic Games, if sport has de facto become part of big politics. This is the only way to endanger the monopoly of WADA, the IOC and the whole West on world sport. This will be an effective response measure that will make both WADA and the IOC seriously think. Having an alternative site of the Goodwill Games, it will be possible to conduct a completely different conversation with them: on an equal footing.

Already today, for athletes who are victims of WADA, who do not agree with the IOC policy, it is possible and necessary to organize an alternative Olympiad - the Goodwill Games in Sochi, free from political insinuations of the West. And for foreign athletes, too, who are faced with the injustice of Western sports institutions - there are plenty of such in the world.

It seems that the IOC is afraid of retaliation of Russia, therefore it promises to lift sanctions immediately after the Olympics, even promises to allow our athletes to go with the Russian flag at the Olympics closing ceremony if Russia behaves well. Very good. But these are only promises, and mean politics, so they cannot be trusted. Once again they are deceived, they will suddenly “find something”, and the Western fake media will burst out laughing to the whole world, how cleverly they deceived Russia!

December 12 at a meeting of Russian Olympians will be made a final decision on the Winter Olympics in South Korea. Will Russia appear on the Olympic War?