December 7 2017
48
The former major of the Ukrainian Armed Forces, Yuri Baturin, said that the Malaysian Boeing flight MH17, which crashed in the Donetsk region in July 2014, was shot down from the village of Zaroshchenskoye under control at that time.


Baturin made a corresponding statement in an interview with the TV channel "Star". It is noted that at the time of the plane crash he served as chief of the command center of the A-1215 military unit of the anti-aircraft missile forces near Kharkov, and personally saw Boeing on the indicators on the day of the crash. 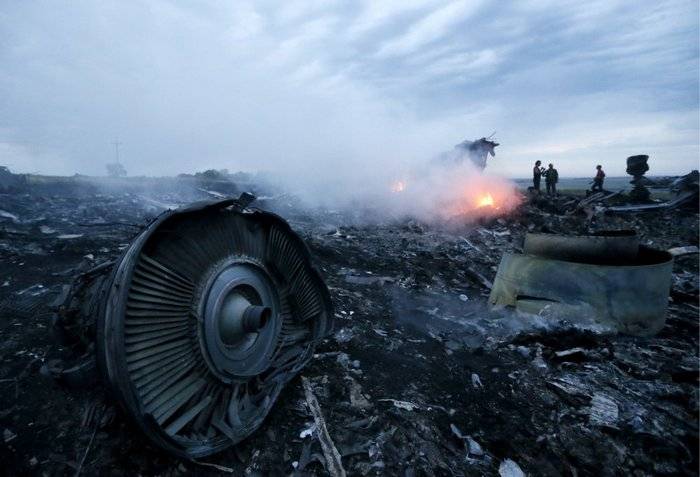 Attention was paid to all the aircraft that flew over the combat zone, because, from my point of view, this is nonsense. And attention was paid exactly at the moment when the plane disappeared from the indicators. There was a mark, no mark. And it attracts attention.
- said the former Ukrainian soldier.

He also said that a few days after the crash, the military arrived at the command post near Kharkov, who were redeploying the 156 anti-aircraft missile regiment to the area of ​​the village of Zaroshchenskoye. Baturin noted that the “Buk” air defense system was also part of that vehicle that the Ukrainian military had relocated.

The ex-major of the Ukrainian Armed Forces juxtaposed the facts and realized that the Boeing MH17 mark on the radar screen "disappeared in the zone of action of the anti-aircraft guided missile of the Buk anti-aircraft missile system, which includes the Zaroshchenskoye village point."

Baturin said that he was responsible for every word he said. Now the ex-major lives in Russia.

Note that the findings of the former Ukrainian soldier coincide with the results of the investigation, previously conducted by the commission of the Almaz-Antey arms concern (manufacturer of the Buk air defense missile system). Specialists of the concern conducted a series of experiments to establish the true cause of the tragedy, after which they named the approximate launch point “Buka” - the very village of Zaroshchenskoye located in the territory controlled by the Ukrainian military.

In addition, Almaz-Anthea was reminded that it was in the village of Zaroschensky that the Ukrainian Bukis were stationed at the time of the crash of the airliner. The ammunition used was also called 9М38. By the way, in Russia such missiles are not made from the 1999 year, but they are still in service with the Ukrainian army.