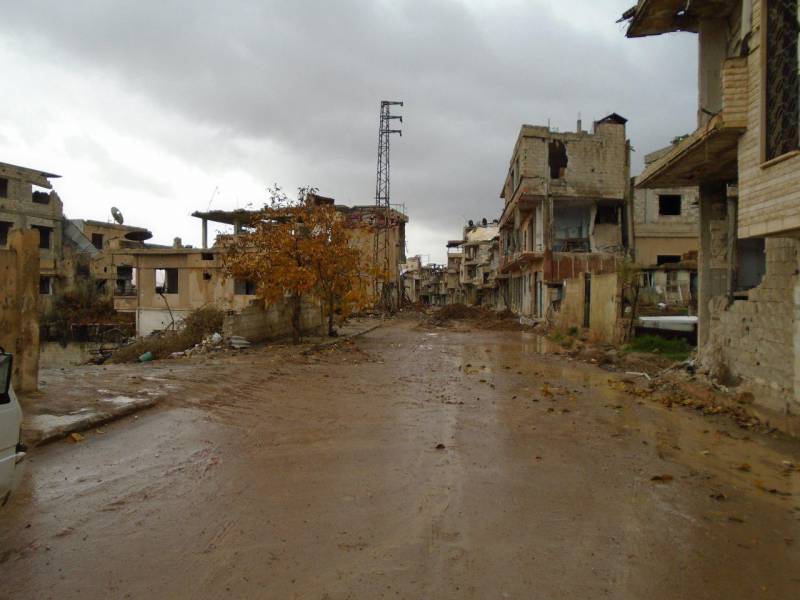 Zabedani, located in the mountainous terrain of Anti-Lebanon, in the valley of the Barada river, is located approximately 30 km north-west of the capital of Syria - Damascus. Before the war, this town with a population of about 30 thousands of people, was considered one of the most popular holiday destinations, and for the beauty of its nature and favorable climate received the unofficial name "paradise". In addition, according to local legend, Abel was buried here in the mountains of Cain. His tomb can be seen in the Nabi Habil Shia mosque-mausoleum operating in Zabedan.

Since the beginning of the fighting, these places became the scene of fierce fighting between illegal armed groups and government forces. Militants "Dzhebhat al-Nusra" taking the city under its control for six whole years rampaged, conducting cruel torture and mass executions among the local population, as a result, most of the inhabitants left the city. Only in the 2017 year, after the expulsion of the militants, people began to return to the city, and after them a peaceful life. Water and electricity supply was restored, the first schools opened, trade began to develop. 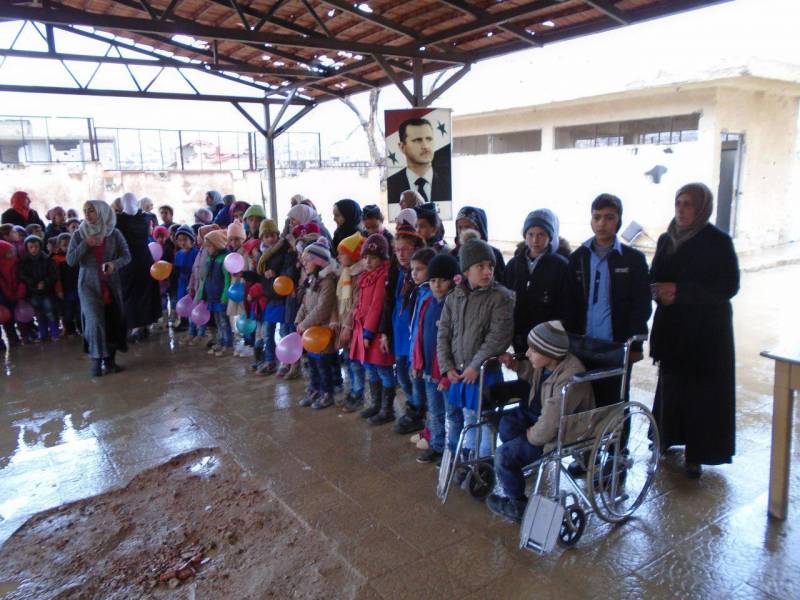 In the very near future - the restoration of the city station and the resumption of transport links with Damascus. It was through Zabedani that the railway linking the capitals of Syria and Lebanon passed earlier.

When we entered the city, along with the Russian servicemen, with whom we were going to the local school to provide humanitarian aid, one of the residents compared Zebedani to the Russian Stalingrad of the Great Patriotic War 1941-1945, so much the city was destroyed.

The name of the school is Hussein-Alyauddin, this is a two-story building where there is no light and heating, so classes are held only during the day. The school earned only this year, but now 160 students are studying there and 12 teachers work. According to the story of the locals during the war, the school was a field hospital militants from "Dzhebhat an Nusra." Immediately striking is that everywhere in the corridors there are posters with descriptions of various mine-explosive devices, all the walls are littered with shrapnel from bullets, and in one of the classrooms a huge hole from a grenade launcher gapes and it is very cold, so all children study in outerwear .

We were greeted at home with treats, songs and dances, which was very nice, and somehow distracted from the surrounding reality.

The Russian military brought with them about 2 tons of humanitarian aid, which included flour, rice, canned meat and granulated sugar. All help was distributed to students and teachers of the school. In addition, a field medical center was deployed at which 33 care was provided to children.

We left school with gratitude for such a warm welcome and wishes that the children of Syria, like the children of the whole world, did not have to see the horrors of war.

And at the end I would like to note that it is very unfortunate that defenseless children always pay for the affairs of adults.