Media: Shiite militia in Iraq threatened the US with an attack because of a decision on Jerusalem

December 7 2017
34
Iraqi militia "Harakat Hezbollah An-Nudjaba" stated that the US decision to recognize Jerusalem as the capital of Israel could be the basis for an attack on US troops. 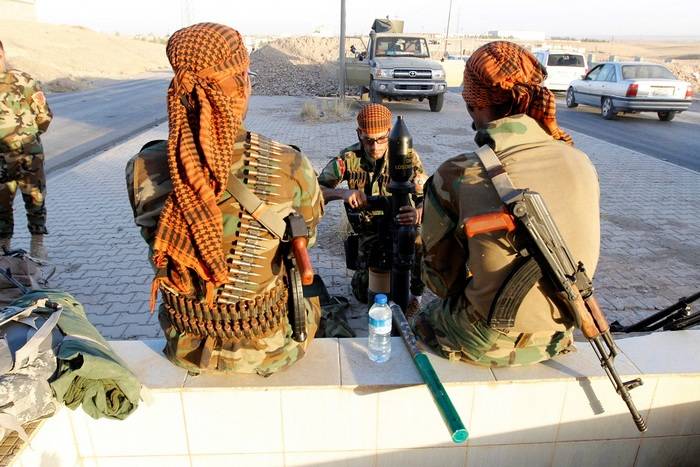 The militia leader Akram al-Kaabi, in a statement, called Trump's decision “stupid” and added that it “will be a strong impulse to remove this subject (Israel) from the body of the Islamic nation”, as well as “a legitimate reason for attacking American forces ", Reports Reuters.

Trump's decision on Jerusalem will be a legal excuse for attacking the US military
- he said. Al-Kaabi also called this move by the United States "open aggression against the people of Palestine and a flagrant violation of international norms."

US President Donald Trump said Wednesday that "the time has come to recognize Jerusalem as the capital of Israel." The status of Jerusalem is one of the key problems in the Palestinian-Israeli conflict. The Israelis occupied the eastern part of the city during the 1967 war of the year. They insist that Jerusalem is the "one and indivisible" capital of Israel. The Palestinians want to make the eastern part of the city the capital of their state.