The Brazilian Navy will replenish the British helicopter carrier "Ocean"

December 7 2017
34
Next year, the British Navy plans to write off their amphibious assault carrier Ocean and are looking for a buyer for it in advance. According to ukdefencejournal.org.uk, the Brazilian Ministry of Defense officially confirmed its intention to acquire a British warship. In addition, the Turkish Navy is showing interest in the British ship. 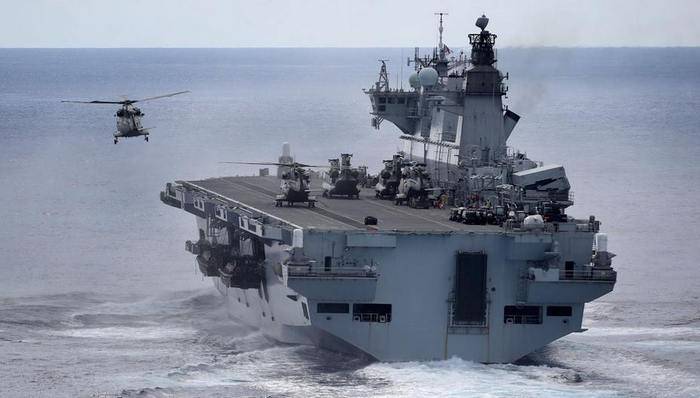 HMS Ocean landing helicopter is the flagship of the British fleet, but should be decommissioned next year after the adoption of Queen Elizabeth aircraft carrier. The details of the offer to sell the helicopter carrier Ocean were not disclosed, but it is known that Brazilian military officials recognized the possible deal as reasonable, based on the proposed price of the ship. According to unofficial data, the potential value of the transaction is 312 million Brazilian reais (£ 80,3 million).

HMS Ocean was adopted by the British fleet in 1995 year. The length of the ship is 202 m, displacement - more than 21 000 t. The ship can hold more than 40 military vehicles, can carry helicopters up to 18, and at least 800 man of the landing force and almost 500 crew members, including the personnel of the wing, reports "Warspot"