The accident of the Fregat upper stage was recorded by the military observation complex.

December 7 2017
28
The Ministry of Defense of the Russian Federation recorded the time of the crash of the accelerating unit (RB) "Frigate" 28 November. Information about this was immediately transmitted to Roskosmos, reported News. 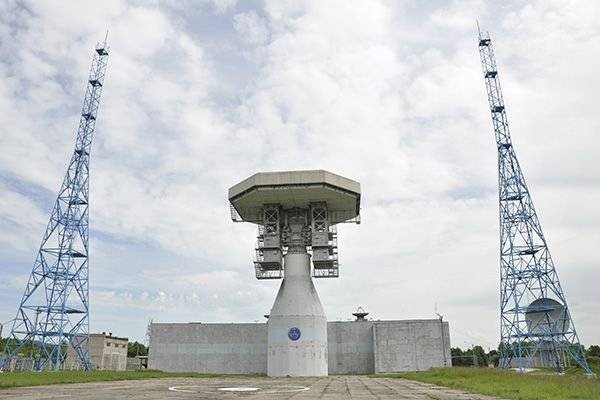 The detection of an emergency situation was provided by the Krona laser-radar complex for recognition of space objects.

A newspaper source in Roscosmos confirmed the receipt of data from the military department.

The system recorded an abnormal sharp change in the trajectory of the upper stage. Information is used to investigate what happened,
he said.

The Defense Ministry noted that this was the first "combat" test of the new element of the Russian space monitoring system.

The Krona system has been tested. Its ability to detect objects in non-standard orbits was confirmed,
said a military source.

He explained that the failure of the upper stage occurred “after leaving the zone of visibility of Roscosmos ground stations”, and that relaying equipment through the Luch satellites is not provided for.

The manufacturer of equipment for the complex is the company "RTI System". They explained that now the complex consists of two "nodes". One of them is located in the Caucasus, the second - in the Far East (recently commissioned).

"Krona" is part of the 821-th Main Center for the exploration of the space situation. This system combines radar and laser-optical means of monitoring space.

“The radar station constantly monitors the sky sphere, tracking all available objects. When detecting a new, its characteristics and flight parameters are determined. According to this data, a laser locator is induced on the object. The reflected signal arrives at the receiving optical telescope. Thus, the shape of the orbiter is determined. Its image and parameters are analyzed to determine the purpose of space technology, ”the material says.

"Krona" is a unique complex of space control that has no analogues in the world. In the USA there is a system with similar tasks, but it uses other technical solutions. By detecting the upper stage, even in an emergency situation, the Krona demonstrated the high performance of Russian radar and laser-optical observation means.

Recall that the crash of the Fregat upper stage occurred on November 28. Then, when launched from the Vostochny cosmodrome, the satellite of Roshydromet Meteor-M and also 18 spacecraft were lost.