American oppression Syrians will not save 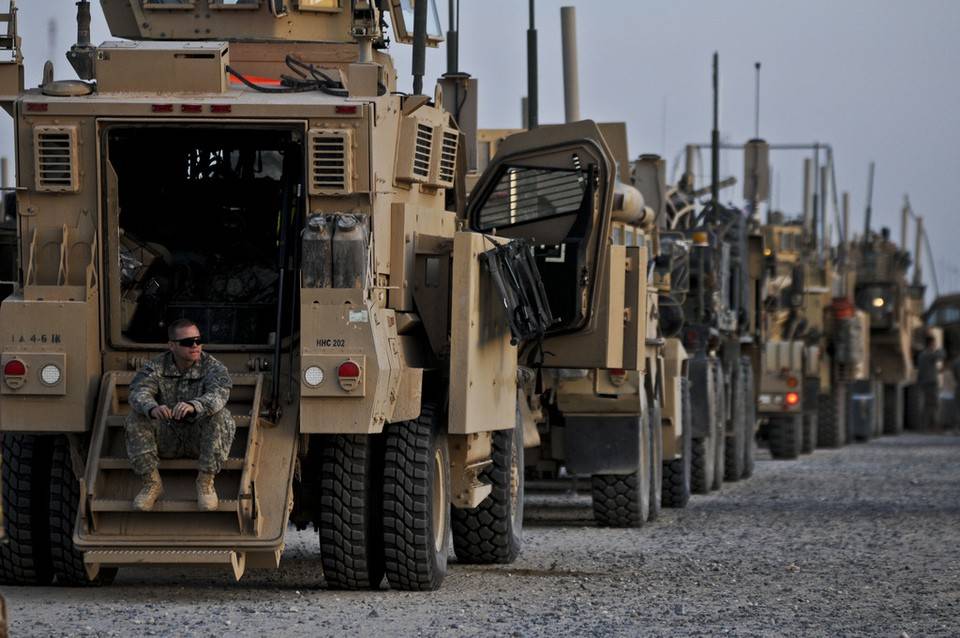 The US defense department once again confirmed that they are not going to send troops from Syria. Moreover, according to Arab media, the plans of the American government to increase the military presence. How justified this measure is is known only to Washington. Today, the Syrian military and without external assistance demonstrate impressive successes. And both on the battlefield in the Euphrates valley, and in the vacated quarters, where, together with the local authorities, humanitarian assistance is provided to the civilian population.


The American press literally replicated the recent statement by Pentagon spokesman Paeong. A spokesman for the US defense department said that the US military would remain in Syria indefinitely. In general, the stay of foreign military in Syria is not limited to the time frame and depends "on the situation on the ground." Say, this is due to in order to prevent ISIS from getting stronger again - in Washington they simply cannot allow this to happen.

The online edition of the UK Dailymail, which published Paehon’s statement one of the first, referring to the number of military personnel in Syria, lists thousands of people in 2. It is just as many Americans, according to the Pentagon, are supporting the international coalition in the fight against terrorist groups.

However, there is evidence that their number may increase significantly. Either the American leadership is not satisfied with the performance of the instructors in Syria, or they consider their number to be insufficient, but in the near future another batch of US soldiers will go to the Arab Republic. And most likely not one.

In the beginning of December news The Almayadeen channel, citing Iran’s adviser on international affairs, Ali Akbar Velayati, reported that the United States has 12 bases in the Arab Republic and an increase in the short-term armed forces to 10.

How justified is this measure known only to the United States. So far, the Syrians and without external assistance demonstrate impressive success both on the battlefield and in the liberated quarters.

Today, government forces won another significant victory: the western bank of the Euphrates was successfully cleared of the militants of the Islamic State. In many respects this merit belongs to the units of the Tiger Force division and the Russian aviation. Thanks to the coordinated actions of the allies, the militants are defeated, and both banks of the river are in complete safety.

Now on the liberated territory in the province of Deir ez-Zor begins a full-fledged process of returning to peaceful life, which, first of all, will consist in the demining of residential areas and the restoration of social infrastructure. Only after the territory has been completely cleared of explosive objects and problems with water and electricity have been resolved, will legitimate owners return to their homes.

Such assistance is already being provided in the east of the Deir-ez-Zor neighborhood by the Committee on the Management of the Eastern Territories of the Euphrates and the Joint Operational Headquarters. The structure of these formations included government units, as well as Bedouins and Kurds, who recently concluded an agreement with the Russian military.

It is assumed that, following the example of the eastern regions and on the opposite bank, local authorities will soon appear, which, with the support of Damascus and Moscow, will provide comprehensive assistance to the population.

In this example of the humanitarian activities of Russia and its allies, the actions of the Western alliance are useless. The large-scale military campaign launched by the forces of the international coalition on the territory of the Arab Republic today does not meet the interests of ordinary Syrians.

Here it is appropriate to recall the well-known proverb, which is sometimes attributed to Churchill: "We have neither permanent enemies, nor constant friends, we have only permanent interests ...".