December 7 2017
19
December 7 in our country is traditionally celebrated Engineering Dayaviation Services of the Air Force of the Russian Aerospace Forces. In 2016, this service celebrated its centenary. Despite the fact that this date is not among the official holidays celebrated in the Armed Forces of the Russian Federation, aviation engineering specialists celebrate their holiday annually on the day this service was created - December 7, 1916, with reference to our stories and the date of its occurrence.


For the armed forces, the time to test the practice of new types of military equipment, theories, weapons and even new arms of service is war. There was no exception to this rule and the First World War, which gave a start in life to a new kind of troops - military aircraft. The first airplanes rapidly broke into the battlefields, proving to the military their capabilities and promising even greater potential in the future, firmly taking their place among other branches and types of troops. 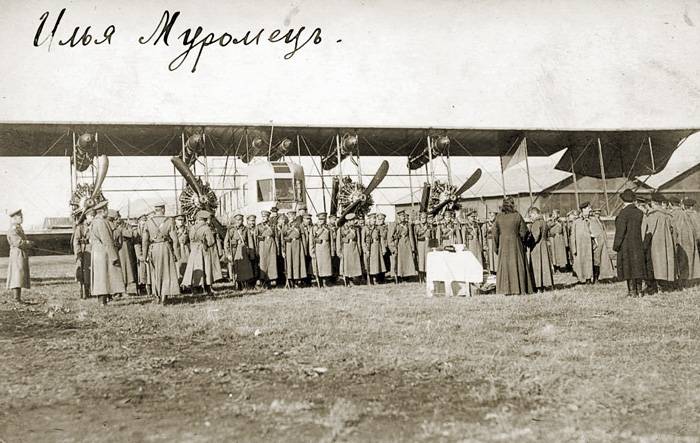 At the same time, at the beginning of the 20th century, the structure of the air force was formed, which included not only the flight crew, but also the vital engineering and technical personnel who served and ensured the effective use of military aircraft. The appearance in Russia in the structure of military aviation of motorists in 1912, and then the assignment of military ranks to them at the beginning of World War I, gave rise to the fact that a separate service was formed on December 7 of December 1916. Initially, this service was called technical and operational. The main task of motorists was the technical support of flights.

The technical service, which became the prototype of the aviation engineering service (IAS), initially consisted of a detachment mechanic, two senior mechanics and ordinary mechanics. In addition, each mechanic was subordinated directly to the pilot and was engaged in the preparation of the aircraft assigned to him for flight. In addition to them, the squadron also included a special economic team, which was the prototype of modern aviation rear units.

It is worth noting that by the time the First World War began, the Russian army already had 263 aircraft, which were grouped into 39 units. These units were serviced by 6 personnel, each of which served from 4 to 7 units. In addition, the detachments, which from 1914 to 1917 were armed with Russian Ilya Muromets bombers, were put into squadrons. In the future, despite the civil war and its consequences, the structure and number of aviation units only increased, while repeatedly changing. 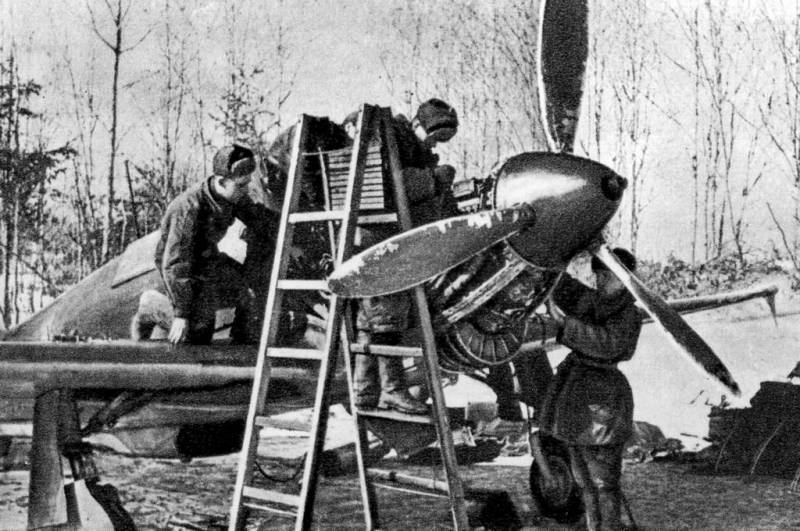 By September 1939, when World War II had already begun, the role of aviation in combat increased many times, sometimes it was she who played a key role in the battles. It is aviation that will force soldiers of the howling parties to peer into the sky, sometimes dreaming of bad weather conditions, namely aviation will put an end to the rule of the sea of ​​battleships, it will be aviation that will strike at communications, accumulations of manpower and equipment of the enemy, warehouses and bases as near the front line , and in the deep rear, where its targets will also be industrial facilities.

With the beginning of the Great Patriotic War in June 1941, the IAS was faced with quite complex tasks, including the development of new aircraft models, which began to en masse the Red Army air force, as well as their repair as a result of damage received in battles. Already in 1941, special posts of deputy senior engineer of the regiment for military repairs, as well as a radio engineer, were introduced. And in 1942, the aircraft repair workshop (PARM) was included in the air regiment. Also in the Air Force was established field repair department. The chief engineers of the air regiments, divisions, corps and armies were vested with the rights of deputy commanders for the IAS. At the same time, the Main Directorate of the Aviation Engineering Service was formed at the Headquarters of the Air Force. All these changes were clear evidence of the increased importance of the IAS in the combat activities of the air forces of the Soviet Union.

Already after the end of the war, the theme of the close connection between the flight crew and the specialists of the aviation engineering service was reflected in art. Vivid examples were truly cult films about the Great Patriotic War "Only Old Men Go To Battle" and "Dive Bomber Chronicles". And the role of the mechanic Makarych in the movie “Only Old Men Go To Battle” performed by actor Alexei Makarovich Smirnov became one of the best in his career. The film was loved by a huge number of viewers and remains popular today, in 2009, it was even fully colorized and restored (the original was shot on black and white film), while nothing was added to the picture and nothing was removed. 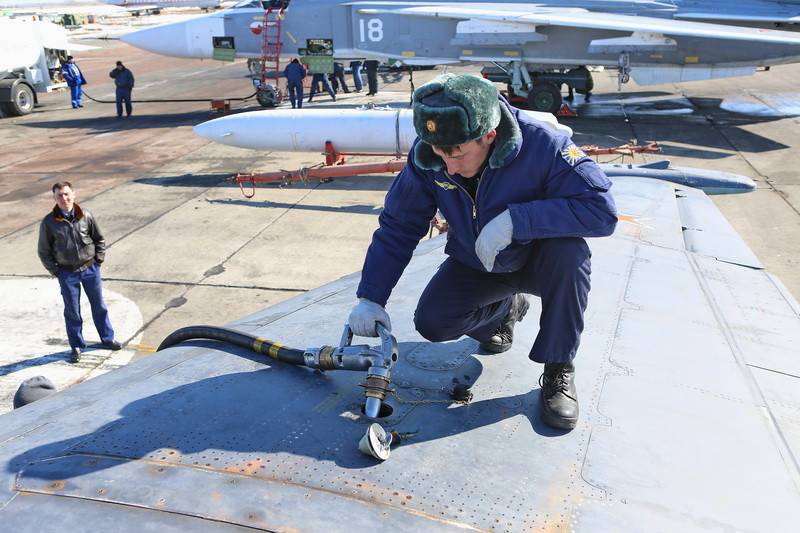 After the end of the Great Patriotic War, the work of the IAS specialists did not decrease. Moreover, aviation units began a gradual transition to a new jet military equipment, began the era of jet aircraft. The process of its introduction, preparation and mastering was active. The development of reactive technology required advanced training not only of the pilots, but also of the entire engineering and technical staff who were engaged in preparing it for operation, creating new conditions for technical operation and basing of aviation equipment.

More than 1916 years have passed since 100, but the functioning of the military space forces of Russia is still impossible to imagine without the presence of a developed maintenance system of equipment in service. This work today is being successfully solved by IAS experts, the official website of the Russian Ministry of Defense notes. Moreover, today IAS specialists include not only ground personnel (specialists of aircraft engine maintenance, airplanes / helicopter gliders and their systems, various radio-electronic and aviation equipment, aircraft armament), but also members of aviation crews. We are talking about on-board techniques, flight engineers, radio operators, engineers for landing transport equipment.

Today, the main task of the IAS specialists is to maintain the aircraft and helicopters of the Russian armed forces in good condition, ready to perform various flight missions. Such a preparedness of equipment is achieved by carrying out the daily routine work of a large number of technicians, engineers and mechanics. Today, the Air Force Military Training and Research Center "Air Force Academy named after N. Ye. Zhukovsky and Yu. A. Gagarin", located in Voronezh, is training IAS officers. 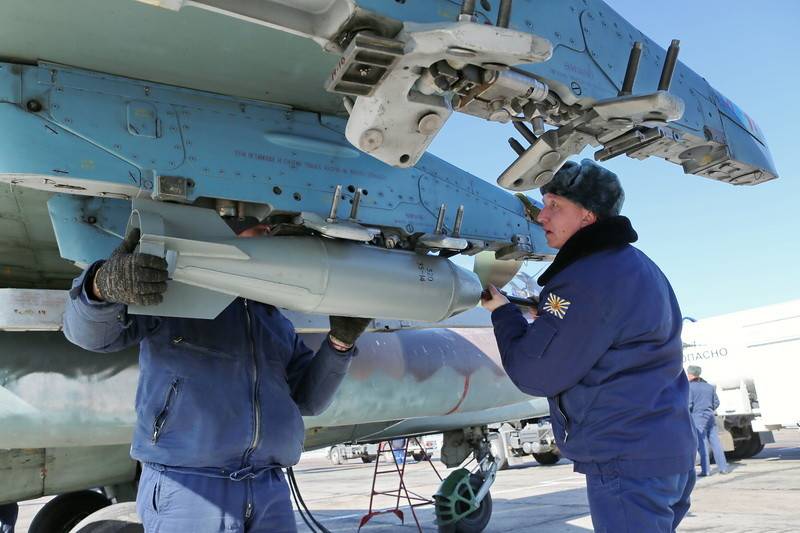 In addition to the tasks related to the maintenance and preparation of aircraft equipment at aerodromes, officers of the aviation engineering service are directly involved in all phases of the life cycle of aircraft, ranging from setting research requirements to the disposal of old combat aircraft. For example, experts of Air Force research organizations are engaged in formulating the parameters of future combat aircraft (appearance and their flight performance), based on an analysis of the existing threats, as well as the practicality of the requirements (taking into account the achieved level of scientific and technical progress) .

Delivery of all new aircraft to the aviation units of the Russian Aerospace Forces begins today with a comprehensive reception of combat aircraft and helicopters, which is carried out by representatives of the engineering and aviation service. Recently, they have been taking about 100 units of new aviation technology per year, including Su-34 front-line bombers, Su-35С and Su-30СМ fighters, Ka-52, Mi-28Н and Mi-35М attack helicopters, as well as transport-combat helicopters Mi-8 various modifications (including the Arctic) and transport helicopters Mi-26T.

December 7, on the Air Force Engineering and Aviation Service Day, the Military Survey team congratulates all military personnel, both former and active, related to this military profession, especially veterans of the Great Patriotic War, with their professional holiday.

Ctrl Enter
Noticed oshЫbku Highlight text and press. Ctrl + Enter
We are
Results of the week. "Everything! Kina will not be! Electricity is over! ”Reports from the militia of New Russia for 27-28 September 2014 of the year
Military Reviewin Yandex News
Military Reviewin Google News
19 comments
Information
Dear reader, to leave comments on the publication, you must to register.