How the Finns were freed from the "prison of nations"

December 7 2017
89
100 years ago, in December 1917, Finland gained its independence. It should be remembered that the Finnish tribes have long been part of the Russian state, and the Finnish statehood was formed by Russia. A "grateful" Finns in the XX century. they wanted more and attacked Russia three times in order to create “Great Finland” at the expense of the Russian lands. And the “hottest Finnish guys” dreamed of Finland right up to the Northern Urals.


The February coup in Russia caused the collapse of the empire and the flourishing of various nationalist movements and parties. Russia began to fall apart. After the overthrow of 2 (15) in March 1917 of Emperor Nicholas II, who also bore the title of Grand Duke of Finland, the Finnish throne became free. The Provisional Government of Russia, chaired by Prince George Lvov, 7 (20) in March, 1917 issued a special manifesto about Finland, as the Russian emperor had done before. The manifesto declared the restoration of the full scope of the so-called constitution of Finland, limited to a number of manifestos and decrees of the Russian Empire. By this act, the Provisional Government of Russia solemnly reaffirmed "the Finnish people, on the basis of its constitution, the unshakable preservation of their internal independence, the rights of their national culture and languages."

13 (26) March 1917 replaced the Russified Senate Borovitinov with a new Finnish coalition Tokoy Senate (named after its chairman Oskari Tokoy). The new Senate headed for the expansion of autonomy. The Provisional Government tried to discourage this, but without success. The crisis of the Russian government has strengthened the position of the Finnish separatists. At the height of the July crisis in Petrograd, the Finnish Parliament declared the independence of the Grand Duchy of Finland in internal affairs and limited the competence of the Russian Provisional Government to military and foreign policy issues. 5 (18) in July, when the outcome of the Bolshevik uprising in Petrograd was not clear, the Finnish Parliament approved a social democratic project on the transfer of supreme power to itself. However, this law on the restoration of the autonomous rights of Finland was rejected by the Provisional Government of Russia, the parliament of Finland was dissolved, and its building was occupied by Russian troops.

4 (17) September 1917 was appointed the new governor-general of Finland - Nikolai Nekrasov. On September 8, the last Finnish senate was formed, with Russian control over it - the Senate of Setel. Negotiations on the expansion of Finland’s rights continued until the fall of the Provisional Government. After the Bolsheviks seized power in Petrograd, 15 November 1917, the Finnish parliament declared itself the supreme state power. The Senate of Setel has resigned; on November 27, the Senate of the new composition met under the chairmanship of Per Evinda Svinhuvud.

To develop activities that entailed the separation of Finland from Russia, it was proposed to organize a special commission of representatives from both sides. The resolution of the Council of People's Commissars personally received in the Smolny the government delegation of Finland headed by Per Evind Svinhovud, the prime minister of the newly formed state. Soviet Russia became the first power to recognize Finland’s independence. December 22 (January 4 1918), on the day the Central Executive Committee ratified this decree, the independence of Finland was also recognized by France, Sweden and Germany.

Thus, Finland became an independent state. At the same time, Finland was immediately made an “anti-Russian ram.” First, Finland entered into the sphere of influence of Germany (the Second Reich), then the "Western democracies" and again Germany - the Third Reich. 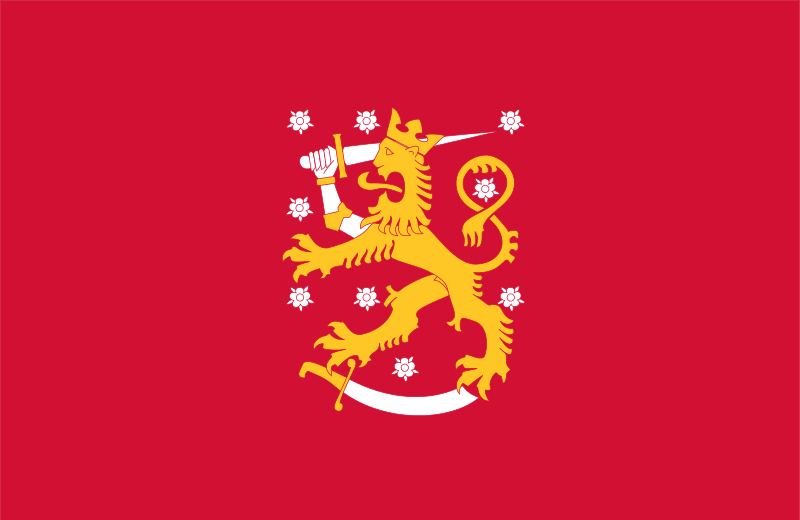 Since 1947, when a peace treaty was concluded in Paris, by 1991, the relations between the Republic of Finland and the USSR were quite peaceful and good-neighborly. The Finns got a good lesson when they tried to solve their territorial disputes with Russia with the help of Hitler. It can be said with confidence that the current prosperity and well-being of a relatively small Finnish people in a forest country was mainly achieved through trade and the fulfillment of orders from the Soviet Union (Russia). The Finns skillfully took advantage of the neighborhood with a great Soviet civilization and became one of the most prosperous countries in the world. At the same time, they spent a small amount on defense.

At the same time, in the Soviet Union, where, after Stalin, the leadership took a course towards gradual reconciliation with the West, in order not to offend the offensive Finns, by default it began to turn a blind eye to the three wars that were caused by the aggressive and anti-Russian policy of Finland. This was quite easy to do, since the war with Finland was overshadowed by the truly titanic Great Patriotic War. And the fights with the Finns seemed like minor fights in the background historical The Moscow, Stalingrad and Kursk battles, the defense of Leningrad and Sevastopol, the liberation of Europe and the capture of Koenigsberg and Berlin, as well as the defeat of the Japanese army in Manchuria, etc.

On the other hand was created the myth of "the aggression of the Soviet Union" during the Winter War. With the beginning of the so-called. "Perestroika" on the Soviet reader and viewer came down with a whole ninth wave of misinformation and "revelations" about the "crimes of Stalin", the "aggression of the huge USSR" against the "small peaceful country", the alleged defeat and huge losses of the Red Army, etc. Anti-Soviet myths about The Winter War became one of the most brilliant examples in the history of informational and psychological wars. The pro-Western, liberal publicists and writers quite easily deceived the people who knew almost nothing about the wars with Finland. Instead of fascist Finland of the 1930s model, where local Nazis dreamed of "Great Finland" at the expense of Russian lands, the layman was slipped into peaceful Finland of 1960-1990s. After all, people did not know that the symbols of the then Finland were the Finnish swastika, the Shyutskor - the security corps (Finnish SS), the concentration camps and the local Fuhrer - Marshal Mannerheim. Nowadays, the Swedish baron Mannerheim is trying to make part of the Russian “elite” a hero of “old Russia”, who opposed the “bloody commissars” who allegedly destroyed the Russian autocracy and the Russian empire, destroying the “best part” of the Russian people.

At the same time, Western liberals and other Russophobes keep quiet that the Finnish radicals were going to hold the border of “Great Finland” across the Northern Urals or even the Yenisei. At the Finnish ruling elite, appetites were “more modest” - all of Karelia, the entire Kola Peninsula, a part of the Leningrad, Vologda and Arkhangelsk regions. Also, the liberals are silent about the fact that Finland collaborated with Kaiser Germany, and then with the Entente against Soviet Russia, and the Finnish wars of 1918-1922. and 1941-1944 That the Finnish army is responsible for the starvation of hundreds of thousands of people in besieged Leningrad. However, the liberal and pro-Western media prefer to keep silent about this, the public, because otherwise you have to admit that “little peace-loving” Finland itself attacked huge Russia, taking advantage of its temporary difficulties and did it solely for the sake of territorial acquisitions and with the support of the owners of leading Western powers.

How did the Finns become part of Russia

In order to understand the history of Finland in the 20th century, it is necessary to know its past. By the beginning of the 9th century, Finno-Ugric tribes occupied a large part of Northern Europe from the Gulf of Bothnia to the Urals. Looking at all, already at the time of Prince Rurik, most of the Finno-Ugric tribes entered the sphere of influence of the Russian state. Most of Finland was part of the state of Rurik-Sokol. In X - XII centuries. Finnish tribes living in the territories of modern Finland and Karelia paid tribute to Novgorod and their lands were considered the property of Mr Novgorod the Great.

Thus, the Finnish and Karelian tribes became part of the Russian state as early as the period of the formation of the Rurik Empire, simultaneously with the Finno-Ugrians of Murom, Meshcher, Izhora and other lands.

Is it possible to call the movement of Russians (Rus) in the habitat of the Finno-Ugric tribes aggression? No, although it is clear that business did not do without conflicts, this is natural. Russian colonization, civilization and state development was fundamentally different from Western colonization and expansion. Russians saw in people of other nationalities, cultures and races the same people as themselves. So it was the Russian multinational civilization, where everyone had a place. Moreover, the Russians were not “masters”, “white masters”, representatives of the “highest caste” for “people of the second or third grade”, “subhumans”. Western civilization, being a parasite, captures, robs and uses foreign resources and "energy", up to the extinction and even the complete destruction of the "donor". Other peoples, tribes and cultures are completely destroyed, partially subjected to complete absorption. At the same time, there is a clear separation between "gentlemen" and "two-legged tools."

For example, the German and Swedish colonization in Eastern and Northern Europe was reduced to the plunder of foreign resources, military occupation with the creation of strongholds of the invaders - castles, fortresses, where knights and their retinue, attendants lived. The surrounding population was forcibly turned into serfs - in fact, into slaves, "two-legged tools." Also, Aboriginal people were forcibly Christianized, in order to deprive them of the "sources" that give vent to resistance, introduced a foreign language, like a state written language. Natives who tried to resist, destroyed in all possible ways, hung up, burned at the stake, chopped into pieces, drowned, etc.

Russian colonization was of a different type. The Russians did not separate the locals from themselves - this was expressed in the general military and economic activities, common families, etc. Naturally, there were military conflicts, this is inevitable. But in general, the colonization took place peacefully, as the Russians did not suppress the Finnish tribes. The north was poorly populated, which allowed it to be implemented almost painlessly, everyone found it to their liking. The Russians did not make the locals serfs or slaves; the tribute imposed on them was small. And the Russians themselves paid their princes and posadnik. It may be noted that Novgorod in the 10th - 13th centuries. they did not build fortresses and castles in the area of ​​the Neva River, in Karelia and in Southern Finland. This was not necessary, the Russians were not occupiers, who feared rebellion and needed strong military support in a hostile environment.

In addition, Christianity in Russia took root relatively slowly. For centuries the Russians themselves adhered to dual faith, that is, they carried crosses, but celebrated pagan festivals, performed ancient rites, offerings to the gods. Christianity for a long time could not stand firmly in the North and East of Russia. Thus, in the Novgorod land, most of the population was formal Christians and even pagans, worshiping both Christ and Perun. The church itself, not having the opportunity, conducted missionary activities sluggishly and relatively peacefully. That is, the Finns were not threatened with harsh and total Christianization with “fire and sword,” when death was waiting for all dissenters.

Ctrl Enter
Noticed oshЫbku Highlight text and press. Ctrl + Enter
We are
“Let down our villages and our cities”Results of the week. "Who you are lucky, in fact, and will carry a cock, and such a bird as you, I, too, will rush!"
89 comments
Information
Dear reader, to leave comments on the publication, you must to register.