In the DPR, Kiev was accused of distorting OSCE reports on shelling

December 6 2017
18
Representatives of Kiev in the Joint Center for Control and Coordination of the ceasefire regime in the Donbass distort the facts of the shelling of the territory of the Donetsk filtration station (DFS), a representative of the operational command of the self-proclaimed DPR told reporters.


According to the ministry, the report of the OSCE special monitoring mission for December 5 states that the camera installed in the Donetsk filtering station area recorded firing activity from the positions of Ukrainian security officials. 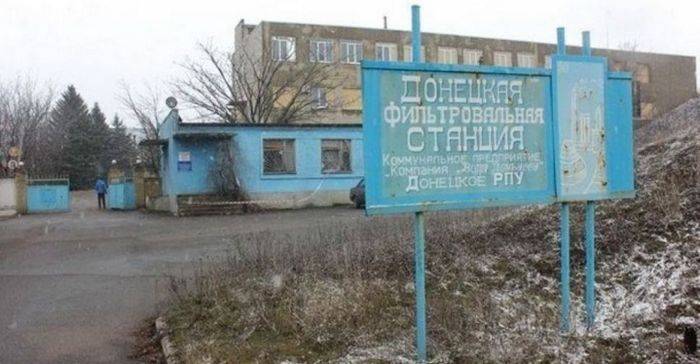 Thus, the Ukrainian side in the JCCC accusing the DPR armed forces in the shelling of the DFS, brazenly misinterprets the OSCE SMM report
- said the representative of the department.

Donetsk filtering station is located in 12 kilometers from Donetsk in neutral territory near the line of contact. It provides water to about 400 thousands of residents of Donetsk, Avdiivka, Yasinovataya and several other settlements on both sides of the contact line.

At the same time, the Deputy Commander of the Operational Command of the DPR, Eduard Basurin, said that one DPR serviceman had died under shelling from the Ukrainian troops over the past day. As a result of the shelling of Dokuchaevsk by the Ukrainian security forces, six houses and a store building were damaged. In just one day, 44 was recorded of the cease-fire violations by the Armed Forces of Ukraine.

In addition, the DPR reconnaissance revealed about twenty of the Grad’s MLRS at the Ukrainian security forces in the front-line zone near Horlivka, and the replenishment of rocket missiles was also established. Also, republican intelligence identified eight units of the MLRS BM-21 Grad in the industrial zone of Dzerzhinsk (west of Gorlovka), six units in the private sector of Novgorodskoye village (six km from the front), and four rocket launchers near the village of Zelenopolye (north of Gorlovka).