The first women tankers appeared in the Israeli army

December 6 2017
87
In Israel, the first women tankers completed their training. This was reported in the Twitter of the Israeli army. 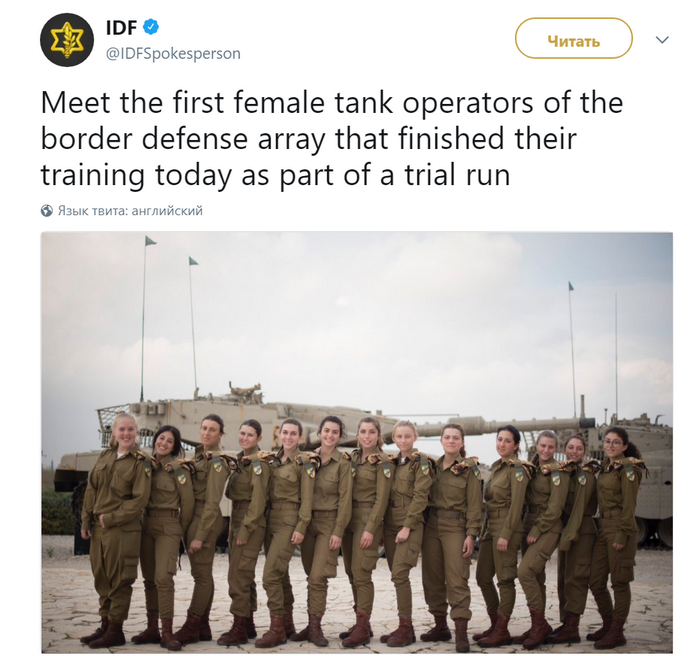 A total of 13 women were trained, reports Times of Israil. They will be sent to the southern border of Israel, where they will serve for four months.

In March, the Israeli military said it selected 15 women to participate in a pilot management training program. a tank. The goal of the program is gender equality. During training, two women dropped out. Women trained on Israeli Merkava-3 battle tanks. The program will be officially completed in March 2018. Then the military will report on its results.

Now more and more women occupy the so-called combat positions in the Israeli army. Over the past five years, the number of women in the army has increased fivefold to thousands of 2,7

Ctrl Enter
Noticed oshЫbku Highlight text and press. Ctrl + Enter
We are
And about. The head of the Ministry of Internal Affairs of Ukraine announced the beginning of the military operation in Slavyansk
Military Reviewin Yandex News
Military Reviewin Google News
87 comments
Information
Dear reader, to leave comments on the publication, you must sign in.