F-35 began to fall apart in the air

December 6 2017
87
The US Air Force acknowledged that an element of the 35 size fuselage on 30 centimeters fell off in one of the fifth-generation fighter aircraft F-60A Kadena airbase (Japan), reports Lenta.ru report message resource Defense News. 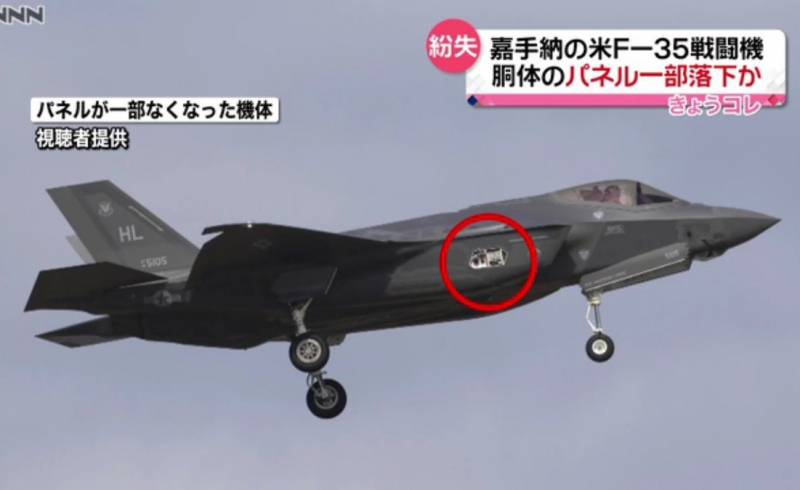 Before the flight, they exterminated the test without fail, so the US military reasonably suggested that the fuselage element was lost in the air. Missing parts found after landing the F-35.

“The incident occurred on November 30 2017 during a training flight a hundred kilometers east of Okinawa, at the same time Japanese media wrote about it, in particular, the Nippon News Network,” but the US military leadership acknowledged the fact that December 4 only happened.

Earlier it was reported that the US Air Force over the past few months recorded a "significant surge in" physiological episodes "(cases of inexplicable deterioration in the health of pilots) accompanying the operation of F-35 fighters."

Recall, the F-35 Lightning II is a family of 5-generation multi-purpose fighters, which the American company Lockheed Martin has been developing and releasing since 2001. The machine is available in 3-x options: A (normal for the Air Force), B (with a short takeoff and vertical landing) and C (deck).