December 6 2017
28
The press service of the SBU said the allegedly prevented terrorist act in the Sumy region. Declared that the attack was planned on one of the objects of the Ukrainian Armed Forces. And, according to the Ukrainian tradition, they accused the “agent of the special services of the Russian Federation” of preparing for the “commission of a terrorist act”. From the message of the press center of the Security Service of Ukraine:
Militiamen established that a resident of the regional center was recruited by the special services of the Russian Federation as a source. The man, in particular, gave the curators data on military facilities and law enforcement structures of the region.

It is stated that the “agent” in Sumy received a task from “Russian curators” a few days ago. The task looks radically: “to blow up a military object on the Day of the Armed Forces of Ukraine”.

From the material:
The power of the explosive device was about 2 kg of TNT. It was transmitted through the system of "bookmarks". 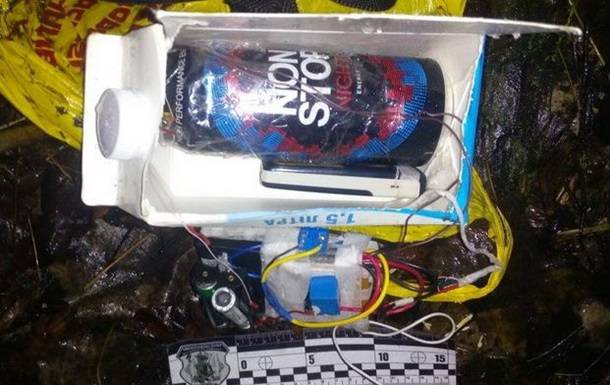 Judging by the photo, the jar from under the energy drink was also transferred as a “bookmark” at the appointed place ... It is reported that he received instructions for assembling the bomb.

Further, it is stated that the “agent of the Russian special services” was detained at the moment when he allegedly laid an explosive device “under a military object”. About what kind of military object was going to blow up the "attacker" is not reported. It is noted that the man was brought in for questioning to the regional department of the SBU.