December 6 2017
46
Strategic bombers of the US Air Force B-1B Lancer struck on Wednesday at training targets in the territory of the Republic of Korea near the border with the DPRK. This is reported by the South Korean Chiefs of Staff.

Several B-1B Lancer, accompanied by F-22 Raptor fighter jets, conducted training bombing maneuvers, demonstrating the ability and determination of the Allies to give a tough response to North Korean missile and nuclear provocations
- said in a statement. 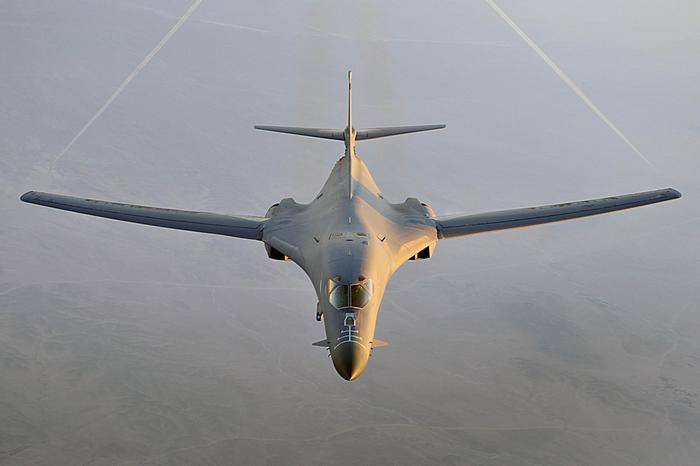 The targets set at the site in the province of Gangwon-do in the north-east of the country were successfully hit, the KNS notes. According to him, South Korean aircraft F-15Ks and KF-16s also took part in the exercises.

The bombing was a part of the large-scale Vigilant ACE 18 air force maneuvers taking place in South Korea. KNS notes that for the first time in these exercises stories fighters of the fifth generation are involved.

The Allies have perfected their skills in an immediate retaliatory strike, improved the possibilities of interaction both in peacetime and in wartime.
- emphasizes KNSH. Earlier it was reported that ground-based training targets are dummy objects of the DPRK related to Pyongyang’s nuclear missile program, TASS reports