Imre Nagy - a qualified agent of the Volodya NKVD 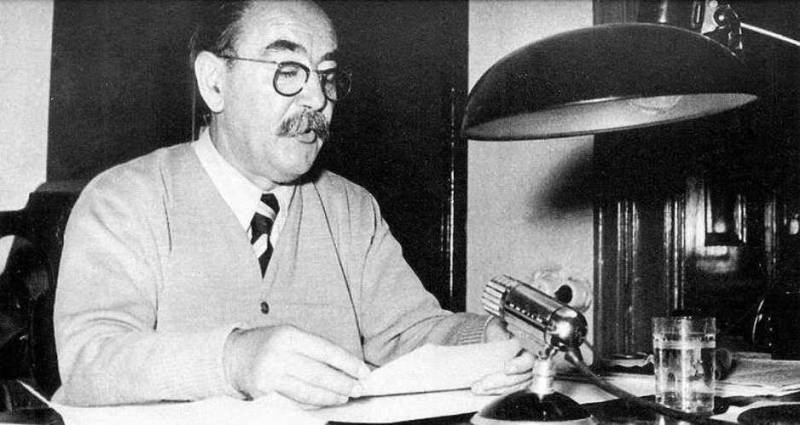 In the archives of the President, secretly kept curious documents. According to these materials, Imre Nagy - the victim of the Hungarian 1956 events of the year, executed by the Communists, worked for the NKVD ...

In 1989, a rehabilitation campaign was launched in Hungary for Nagy. Opposition organizations of the Hungarian Socialist Workers Party (HSWP) created the aura of a martyr and a disinterested, exceptionally honest and principled person. Particular emphasis was placed on the fact that Nagy was a "consistent fighter against Stalinism", "a supporter of democracy and a radical renewal of socialism."

I was looking for contact with state security agencies

The Hungarian press wrote that as a result of pressure from the Soviet Union, Nagy was accused of counter-revolutionary activities, sentenced to death and executed. In order to prevent the discrediting of Hungarian comrades, Gorbachev and members of the Politburo of the Central Committee of the CPSU decided to send a trump card to the Secretary General of the HSWP Groß: to inform him of interesting archival documents.

As it followed from these documents, after emigrating to 1929 in the USSR, from the very beginning, Nagy “looked for contact with the state security agencies initiatively” and in the year 1933 voluntarily became an agent of the NKVD Main State Security Directorate. He worked under the pseudonym "Volodya". He was actively used to collect information about Hungarian and other political emigrants, as well as citizens of the USSR, who came to the attention of the NKVD for one reason or another. So, there is a document testifying that in 1939, Nagy proposed the NKVD to "develop" 38 Hungarian political emigrants, including Munnich (one of the organizers of the Communist Party of Hungary). In another list, he calls 150 his acquaintances Hungarians, Bulgarians, Russians, Germans, Italians, with whom he could “work” if necessary. According to Volodya's reports, several groups of political emigrants, consisting of members of the Hungarian, German and other Communist Parties, were condemned.

All of them were accused of “anti-Soviet”, “terrorist”, “counter-revolutionary” activities (cases of “Agrarian”, “Incorrigible”, “The agony of the doomed” and others).

One of the documents states that Nagy “gave materials” to 15 of the arrested “enemies of the people” who worked at the International Agrarian Institute, in the Comintern, in the All-Union Radio Committee. The activity of Volodya led to the arrest of the famous scientist Varga, many figures of the Hungarian Communist Party (Varga-Vago, Farkas, Neumann, Gabor and others). Some of them were shot, some were sentenced to various terms of imprisonment and exile.

In 1954-1963, many were rehabilitated. From the available archival materials it did not follow that Nagy collaborated with the NKVD under duress. Moreover, the documents explicitly state that “Volodya” shows “great interest and initiative” in the work and is a “qualified agent”.

At the closed plenum of the Central Committee history Volodya decided not to make it public in Hungary. And when in Russia these documents were nevertheless published in Source magazine (No.1, 1993 year), the Hungarians did not believe in their authenticity. In any case, the author and the Hungarian embassy and said that such materials - an elementary fake. Everything can be, but it is a controversial issue; Archivists consider the documents authentic.

Ctrl Enter
Noticed oshЫbku Highlight text and press. Ctrl + Enter
We are
Whirlwind on the streets of Budapest. Sixty Years of Hungarian Events 1956 of the YearHungary: bloody autumn 56
Military Reviewin Yandex News
Military Reviewin Google News
12 comments
Information
Dear reader, to leave comments on the publication, you must to register.