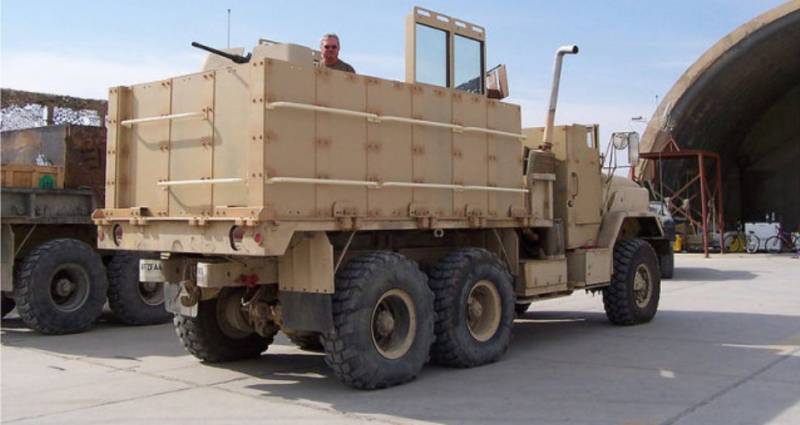 The perseverance of a number of US lawmakers and government officials seeking to achieve arms supplies to Ukraine has not only a military, political, or geopolitical background. These "friends" of the Square, above all, lobby the interests of a number of structures and organizations interested in the sale of weapons. And, most likely not the latest weapons, and second-hand.

"Javellyn" I will not give you

The ultramodern creations of the US military-industrial complex of the Kiev junta can hardly be counted on. If only because Ukraine simply does not have the necessary financial resources to purchase not only the F-35, but the Javelins so much desired by it. Recall that this ATGM kit, which includes a launcher and ten missiles, costs 2 000 000 US dollars, and Kiev was ready to pay only a quarter of this amount, offering to sell her "used" complexes.

But the most important thing is not this - the sale of modern weapons fraught with a more dense US pull into the Ukrainian conflict. After all, in addition to the same “Javellins”, the Americans will have to send their own instructor contingent to train local operators, who, quite possibly, will have to act in a combat zone. Recall how we had to act in Vietnam, Soviet instructors who trained Vietnamese anti-aircraft gunners to work with the air defense system. In addition, it can be assumed that the United States and other non-advertised reasons do not equip the formation of the Kiev junta with modern weapons - in particular, the fear of Moscow’s asymmetric responses. Strictly speaking, the arms supplies organized by the Americans have been carried out since the start of the punitive operation against Donbass - from 2014. Only weapons went (and are coming) not from the arsenals of the Pentagon, but from the countries of Eastern Europe - Poland, Romania, Bulgaria, and now Lithuania. It was done very cheaply - these countries, which are switching to NATO standards, willingly got rid of Soviet weapons, somewhat outdated, but of good quality and completely serviceable. Actually, for the implementation of the punitive operation, it is quite enough, and if the junta decides to make war with Russia, then the Javellyn will not help much.

However, in the United States themselves, influential lobby groups continue to seek permission for official arms transfers to Ukraine. What for? First of all, their very fact creates a certain propaganda effect, which demonstrates the support of the flagship of the Western world to the already rather disappointed population of Ukraine. But the most important thing is that these deliveries will allow not only to get rid of the weapons illiquid accumulated in American warehouses, but also to make good money on it, including in the form of kickbacks.

Perhaps one of the most likely "illiquid assets" that will go to Ukraine are the MRAPs of various modifications and release years. The Pentagon, as well as a number of PMCs working on its contracts, have a huge and, recently, somewhat redundant, fleet of these machines.

Recall that the MRAP (Mine Resistant Ambush Protected - with enhanced anti-mine and “protivosadadnoy” protection) - machines designed to participate in hostilities in low-intensity conflicts, counterguerrilla operations, to patrol roads and escort columns. MRAPs are "direct descendants" - gantrak, trucks, handicraft turned into mobile firing points. Such cars (most often “Urals” or KAMAZ trucks with installed ZU-23-2) were widely used by our troops in Afghanistan and Chechnya and were called “fire support trucks” (GOP).

Immediately after the start of the American occupation of Afghanistan and Iraq, the logistic columns of the Western coalition became the favorite target of the resistance forces. And in order to increase the safety of transportation, Americans began homemade, on the bases of military repair shops, to turn trucks into gantraks — installing armor protection and weapons on them — most often large-caliber Mxnumx Browning machine guns and automatic grenade launchers. For example, in Iraq, the first samples of gantracks mounted on the basis of five-ton M2 trucks appeared in August 939. In April, 2003 heads of the 2004 transport group of the US Army Reserve and the 375 transport battalion organized a temporary unit - 812 gantrac company. The company received an 518 army HMMWV all-terrain vehicle and five M35 trucks that were reequipped and equipped with armor protection and 939-mm Browning MXNX machine guns.

The use of improvised combat vehicles, built by own units, gave rise to criticize the administration of George W. Bush for the lack of the necessary equipment for the army. Congressman Duncan Hunter, chairman of the Military Commission of the House of Representatives of the US Congress, put forward a proposal to begin the production of standardized gantrak. However, these "battle chariots" did not provide effective protection of their crews from mines and land mines, which became more and more on the roads.

In a short time, the gantracks were replaced by MRAPs, which, with the same functionality, were distinguished by much more serious protection, first of all - by mine action. Including due to the V-shaped configuration of the bottom of the car.

A correctly welded sheet of steel placed at the correct height provides mine protection without any additional elements. This is a functionally complete solution. Sheet thickness is also important, but less than the angle value. It was clearly demonstrated that the “flat V” does not behave in a calculated manner, in this case the blast wave is not reflected sufficiently. Wave deflection effectively occurs at an angle close to 90 °. However, when combined with high ground clearance, this automatically leads to a high silhouette - a weak point of all MRAP machines. American industry very quickly responded to the needs of the army, and in a short time thousands of combat vehicles of varying degrees of protection and technical perfection were produced.

According to experts, their massive use has saved the lives of many servicemen and PMC operators. However, this weapon has a very narrow niche and many limitations. The main one is the low throughput of these machines. And with the increasing burden caused by the need to increase protection, their mobility increasingly deteriorated.

As the contingent decreased in Afghanistan and Iraq, a lot of MRAPs, which were supplied to US troops around 20 000 units, became unnecessary.

Take it easy, that we do not need

The first attempt to sell the released and decommissioned MRAPs to Ukraine was made back in 2014 year. At the same time, December 17, the well-known Victoria Nuland, commented on the possibility of transferring to the Kiev junta conditionally serviceable and faulty armored vehicles. “Ukrainians are good repairmen,” she said. “They'll fix it.”

However, then the transfer of MRAPov from Afghanistan to Ukraine did not take place. It is quite likely because Moscow clearly made it clear that the supply of American weapons would cause an immediate response. Then the head of the defense committee of the State Duma of the Russian Federation, Franz Klintsevich, said that if the United States hands the junta to armored vehicles, Russia can begin to deliver weapons to the Donbass.

In addition, Washington’s decision to transfer some of the 7 thousands of MRAPs to Ukraine provoked the indignation of the Afghan side, to whom this technique had been promised earlier. And today, lobbyist groups in the United States are trying to re-arm the APU with these armored cars. Americans can understand, except for those cars for which Kabul claims, there are also Iraqi MRAPs that need to be put away somewhere. There are the very first not very successful samples and faulty machines, which, instead of recycling, can be sold to Ukrainian “repairmen”. The example of the British, who managed to “sow” Kiev for the X-NUMX AT-75 “Saxon” smelting machines for 105 and 57 Euros per piece, is very inspiring to American colleagues. Then the former chief of the British Armed Forces, Richard Dunnat, who at one time took the decision to remove these vehicles from service, called their sale to Ukraine "immoral," since Saxon was useless for military operations and even dangerous for those who would be in them.

I must say that American MRAPs, strictly speaking, are not needed either. There is no large-scale mine war in the Donbass, the People's Republics do not conduct guerrilla warfare in the territories occupied by the junta, so as not to endanger the population. These vehicles cannot operate on rough terrain, and their armor, which successfully protects against bullets and RPG-7 shots, will not be able to withstand tandem charges and ATGM missiles. There is no doubt that these "GOPs", if they get to Ukraine, will repeat the fate of the "Saxons", the troops will abandon them, and they will end up on "tank cemeteries ".

However, the fact that they are absolutely not needed by the Ukrainian Armed Forces does not mean that Ukraine will not buy MRAPs. Indeed, besides the fact that the Kiev junta needs material confirmation of “American aid”, decision makers on the purchase rightly expect to receive kickbacks for the purchase of unnecessary scrap metal. In addition, their repair and "modernization in accordance with the conditions of Ukraine" can be carried out at plants owned by Poroshenko. As they say, chicken by grain.

Ctrl Enter
Noticed a mistake Highlight text and press. Ctrl + Enter
We are
A great interview with Sergey Lavrov: about Ukraine, Obama and IranWhat you didn't want to know about England
8 comments
Information
Dear reader, to leave comments on the publication, you must to register.