The cruiser "Admiral Kuznetsov" will begin to repair in 2018

December 5 2017
41
The cruiser "Admiral Kuznetsov" will begin to be repaired next year, the amount of repair work will depend on the balance of the state armament program. Today, the head of USC, Alexey Rakhmanov, told this to journalists.

Will definitely start in 2018 year. Volumes will depend on the balance of the state armament program. Question to the military
- declared Rakhmanov 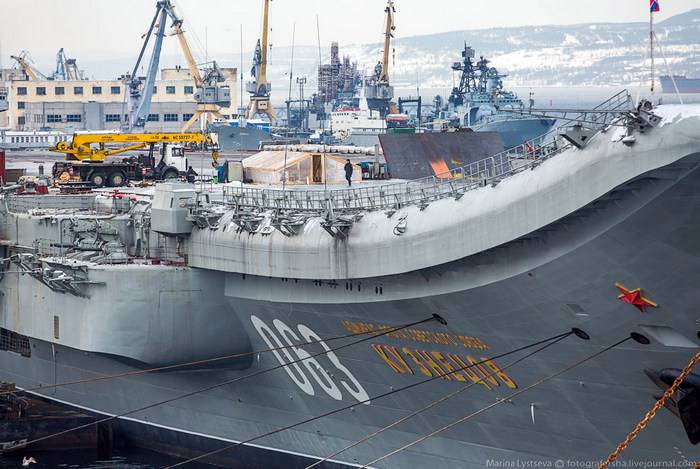 Former commander of the North fleet Nikolay Evmenov said that "Admiral Kuznetsov" was sent for repairs.

Everything goes according to plans, no transfers are allowed.
- stressed the commander of the Federation Council.

According to him, the participation of the aircraft carrier in long-distance campaigns in the near future is not planned.

In June, Deputy Commander-in-Chief of the Russian Navy, Viktor Bursuk, announced that the repair and modernization of Admiral Kuznetsov would begin in 2018.

In the United Shipbuilding Corporation reported that they are ready to take the cruiser for repairs in the current year. It is planned that the modernization of the cruiser will end at the end of 2020 of the year.