Russia and Syrian Kurds weaken Washington’s influence in the region

December 5 2017
33
The agreements reached between the Russian military and the Syrian Kurds on the interaction on the left bank of the Euphrates indicate that the Americans are gradually losing control over the situation in the region, leading RIA News opinion of the deputy director of the Institute of CIS countries, military expert Vladimir Yevseyev. 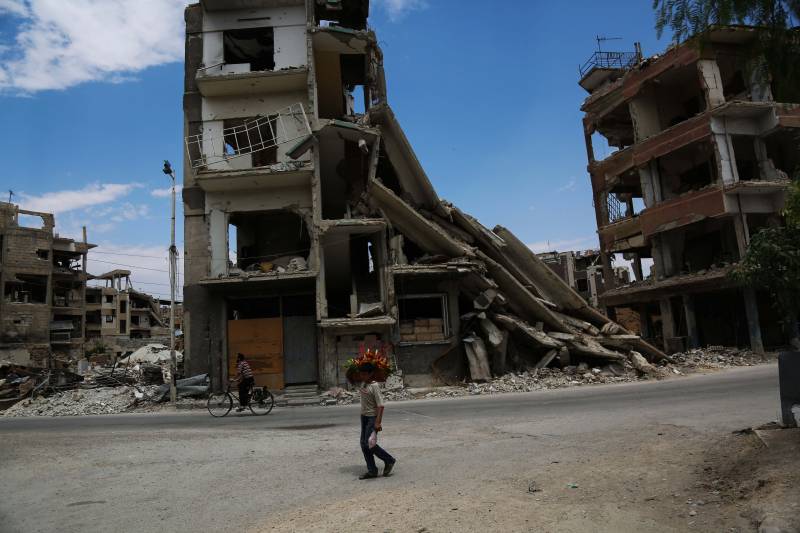 Earlier, the Russian Defense Ministry said that the first meeting of delegates of the Committee on the Management of the Eastern Territories of the Euphrates was held in Syria, a representative of the Russian military forces was invited. At the meeting, the representative of the Kurds said that the Kurdish formations are ready to ensure the safety of the Russian military on the eastern bank of the Euphrates.

To interact with the militia, the Joint Operational Headquarters was created, which consisted of the Russian military and representatives of the eastern tribes of the Euphrates. At the same time, the Kurds emphasized that they regard the eastern parts of the province of Deir ez-Zor as an inseparable part of Syria.

Syrian Kurds, as expected, made contact with the Russian military due to the fact that for them now there is virtually no choice. Because it is absolutely clear that they cannot negotiate neither with Iran, nor with Turkey, and the position of the USA is contradictory,
Yevseyev told the agency.

According to him, on the one hand, “the Americans have no one to rely on in this area, except for the forces of democratic Syria, the backbone of which is exactly the Syrian Kurds, so they should support them”.

He added that the United States had previously "largely discredited themselves when they intervened in the situation around Kirkuk."

When there were some agreements that the province would remain in Iraqi Kurdistan, and the Americans eventually surrendered it to the Iraqis, and they regained control. That is, it turns out that the Syrian Kurds are not confident in the United States. And between the Syrian Kurds and Russian officers, contacts have been before. Some time ago there was a problem (province) Hasiki, there were battles between Syrian Kurds and Syrian government troops. And Russia helped to resolve this problem. And others were examples
noted the source of the agency.

The fact that the Kurds declared assistance in ensuring the security of the Russian military suggests that they began to lean toward cooperation with Russia, despite the pressure put on them by the Americans. Most likely, the United States is losing its position in the province of Deir ez-Zor, and control is restored under the leadership of the Russian Federation. Previously, the United States hoped that they could manage to keep the left side of the Euphrates under their own control, with the help of the Syrian Kurds, now these plans are beginning to crumble,
added Evseev.

In his opinion, these events can also be viewed "as a path to stabilization."

Because Russia does not force the issue, but negotiates with the tribes, that is, it does what Damascus cannot do, and they will not talk to it, but talk to us. This is significant because, in general, the strength of the "Islamic State" (IG, grouping, banned in the Russian Federation) was that the local tribes supported them, and they very easily joined the territories, gained control over a huge territory without a great military potential. And now, if the tribes leave them, this can lead to a serious weakening of the IG in Deir-ez-Zor province, this is a serious change,
summed up the expert.