December 5 2017
87
The first serial rocket boat of the Ukrainian production “Lan” should be put into service with the Ukrainian Navy in 2019, reports RIA News message of the Commander of the Navy of the Republic, Vice-Admiral Igor Voronchenko. 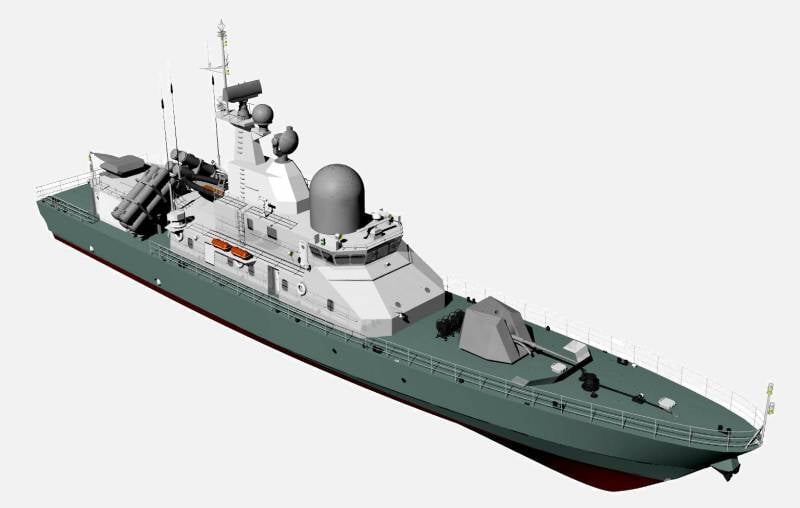 The boat of the 58260 project “Lan” is being created “in accordance with the concept of development of“ mosquito forces ”adopted in the coming years” and should become “the basis of the strike potential of the Ukrainian Navy,” the commander said.

Total must be built at least 3-x boats. It is expected that they will be armed with Ukrainian anti-ship missiles "Neptune", which are in the process of development, as well as "foreign firing systems."

Earlier, Voronchenko reported that the boat "Lan" will be built on the Kiev enterprise "The Forge on Fishermen", which belongs to the President of Ukraine Poroshenko.

In October, Ukrainian publications wrote that the country's Navy is introducing a “wolf pack” tactic that is planned to be used against the Black Sea fleet Of Russia. Its essence lies in the simultaneous attack of several light armored boats against one larger enemy.

According to the former commander of the Baltic Fleet (2001-2006) Vladimir Valuev, this “new tactic” has no prospect of real combat use and can strike exclusively on the budget of Ukraine.

The goal, no matter how small it is, is always “under the umbrella” - with the provision of the anti-hack, anti-submarine, anti-air defense of the Black Sea Fleet. The four combat troopers of the Ukrainian "mosquito fleet" of an armored boat will be destroyed long before they start the pre-launch preparation of a missile strike weapons,
explained the admiral.