December 6 2017
24
Moscow liberals got a chance to become patriots. Russian liberal lost faith in America! The new trend is rapidly spreading among the opposition and has already come down to the headquarters of Mr. Navalny. 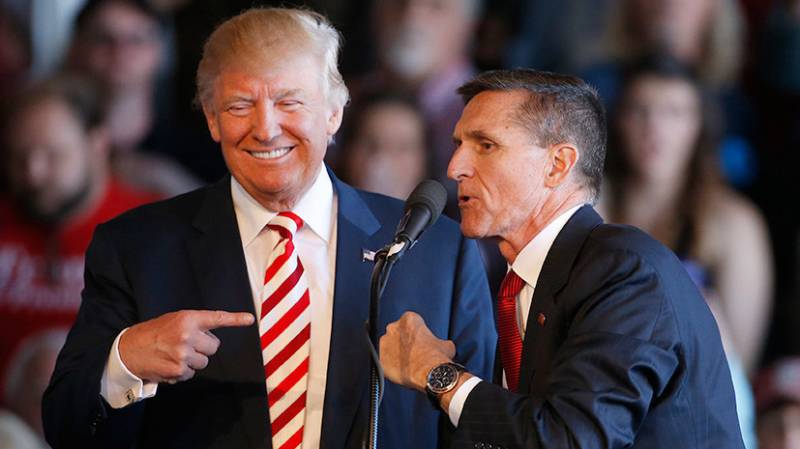 After "unofficial" recognition by American politicians and intelligence officers mr tillerson и mr trump the agents of Putin, it was the turn of Mr. McFaul, the former ambassador to Russia. Michael was also among the “candidates” for the position of either a large spy or a petty agent. Probably the other day McCain and Corker would expose him.

The theme of the "phase shift" of many American politicians in the 2016 elections of the year, in which the Kremlin allegedly intervened, was again raised in the pages of the major Western media. First of all American. It is reported, for example, that for several months already, “President Vladimir V. Putin has predictably refuted the accusations of Russian intervention in last year’s American elections, condemning them as fake newscaused by Russophobic hysteria. "

"The Huffington Post" writes that Trump's advisers did work to ease relations with Russia, and that was after the administration of Barack Obama imposed sanctions on Moscow.

A senior official suggested that Russia "outplayed" the US presidential election in favor of Trump. This is proven by an email that “leaked” to the New York Times. The letter contradicts White House lawyer T. Cobb's allegations that Michael Flynn, a former national security adviser to Trump, acted independently, appealing to Russian officials during Trump’s assuming the presidency.

However, such letters pop up periodically. It is quite tiring to read them, and there is no clear evidence of collusion with the Russians. If it were otherwise, the world press would stand on its ears, while senators in the United States, led by McCain, would scream about impeachment.

This time something new appeared in the “intervention” campaign. There is an unexpected reaction of Russian liberals!

It turns out that the haters of the Putin regime, including "some of Putin’s biggest enemies in Russia" (quoted from "New York Times"), that is, “pro-Western liberals, who see in the United States an example of democratic values ​​and a journalistic ideal, are now joining the chorus of protesting against America’s obsession with Moscow’s interference in its [American] political affairs”.

Even Leonid Volkov, the head of the anti-corruption headquarters, led by opposition leader Alexei Navalny, wrote on Facebook: “Enough!” In his opinion, “investigating Russia's interference” is not just a shame, but a “collective eclipse of the mind.” At the same time, Volkov himself and other gentlemen from Russia say that they do not doubt that they interfered, at least indirectly, in the last year’s US presidential election campaign. At the same time, they complain that the United States is consistently fanning Putin’s influence and portraying his government as more effective than it really is, which only strengthens the Kremlin. Ultimately, the Americans use Russia as a scapegoat, thereby covering up the deep political discord of discord in the United States itself.

And this led to the fact that many Russians, who for a long time looked at America as their ideal, noted with bitter disappointment that the United States seems to be showing the least attractive features of its own state today.

And the "hunt" for those who "secretly" helped D to win, Trump, causes "among liberal-minded Russian journalists" particular concern. “The image of Putin in Russia, created by Western, above all, American media over the past 18 months, shocks even the most anti-Putin reader in Russia,” journalist Oleg Kashin wrote recently.

“It helps the Kremlin very much. He promotes Putin’s image as a geopolitical mastermind, as the most intelligent and strongest person in the world, ”says Mr. Volkov. And this is bad because “there was no evidence”. This "helps the Russian propaganda, because the Kremlin can say: this is only a conspiracy against Russia."

Michael (Michael) Idov, screenwriter, author and former magazine editor, notes that the idea of ​​Putin’s breaking into, launching fake news and using other tools can confuse the most powerful democratic country in the world and make the Russian president invincible. But it’s difficult to accept such an image of “the victor in the world of Putin” when, due to Western sanctions, even “decent cheese” cannot be found in Moscow.

This is not the first "shock" of Moscow liberals. They were shocked for the first time when the state-controlled Russian media pursued Michael McFaul, the American ambassador to Moscow, who worked there from 2012 to 2014. McFaul, recalls the New York Times, portrayed as an agent leading in the capital subversive activities against Putin.

The liberals experienced a second shock when they learned that the diplomat from Russia, who worked in Washington, namely Sergei Kislyak, was about the same “attitude” to his duties: this ambassador was widely portrayed as a “Russian espionage master”, who allegedly was the center of the broadest network of "anti-American intrigues."

Curiously, we add that the mention in the large press of Mr. McFaul was not, as it were, an accident. If before McFaul was declared an agent of US influence, now he began to strongly resemble a Russian spy. Double agent?

December 2 Online RIA News" material appeared, which says that M. McFaul wished to return to Russia and asked him to help with this.

Michael turned to the Russian ambassador to the United States, Anatoly Antonov. He asked for help to lift visa bills from him. The former diplomat who worked in Russia under Obama admitted that he had many friends in Russia and said that he was looking forward to visiting Russia soon.

“I have many friends in Russia. I lived in Russia for several years. You know that I am under sanctions. I discussed this with Antonov so that I could come to Russia, ”Michael McFaul quotes the agency.

The ex-diplomat got on the sanctions list in November. McFaul commented on it this way: they say that restrictive measures against him were imposed because of “close ties with Obama” and in retaliation for the White House’s sanctions against “people close to Putin”.

The Russian Foreign Ministry called a different reason for including M. McFaul on the black list: sanctions against Michael were imposed because of his "active participation in the destruction of bilateral relations."

The former ambassador promised that he would recommend to “friends in politics” to take some steps: “Yes, I think that people should meet. I support any contact. I will talk with my friends in politics, ”Mr. McFaul told the RIA Novosti correspondent when he was asked whether he intends to call on US congressmen to resume contacts with Russian parliamentarians.

McFaul, we note, it remains only to abandon his former statements about the "interference" of the Russians in the elections - and that’s all, we are ready to be an agent for Putin.

And suddenly everything changed. So it usually happens in politics.

Michael went online, or rather, on Twitter, and wrotethat he ... was joking.

Mr. McFaul called his request to Anatoly Antonov a joke: “I said this as a joke at a public event. Of course, I know that Antonov has no authority to remove me from the Russian sanctions list. But I also think that I have not done anything bad to get on this list. ”

The scandal with McFaul gave a reason for Irina Alksnis to write an article under a loud title "McFaul may be a Russian spy".

The material made a completely fair conclusion: “A small история with the former US ambassador to Russia, Michael McFaul, with his request to the Russian ambassador to lift the sanctions, he very clearly demonstrated that perhaps the main current problem of Russian-American relations is the loss of a common language. In the literal sense of the word: when the context is suddenly lost, and it seems that clear words and intonations suddenly acquire so many versions for interpretation that you never know whether you guessed what was said or not. ” And "for the relations of the great powers, this state of affairs is not at all a trifle, but, on the contrary, a huge problem, fraught with grave consequences."

This, we note, is absolutely true. The United States and Russia have completely lost the skill of international communication. And it's not in different languages ​​and not in a different culture.

It seems that the parties refused the smallest efforts to adhere to diplomatic etiquette and got rid of all the achievements of former diplomacy, as if from a historical ballast. Communication has degraded to mutual attacks and "mirror responses", that is, to the well-known Old Testament commandment. At the same time, the arms race is increasing, which completely pushes diplomacy into the background. The last thesis proves the largest staff reductions of "ineffective" arranged The State Department is a team of Trump's warlike businessman, for whom the military-industrial complex is the Old Testament god.

There is another curious fact. More precisely, two facts that further divide the United States and Russia.

The United States after the victory of Trump split into two political camps that absolutely do not understand each other. The struggle has intensified not only between Democrats and Republicans, but also sharp internal feuds among Republicans, many of whom cannot tolerate D. Trump, have been exposed. The establishment is also split: on one side is the US Congress, on the other is Mr. Trump's administration. There can be no communication rapprochement between these camps during the reign of the current president: the intensity of passions is too high.

Meanwhile, in Russia, Western-oriented liberals have lost faith in the former ideal. The clogging of the air by “Russian intervention” and “Putin’s victories” turned the Russian liberal from the American liberal.

Whether Moscow liberals will turn in patriots?