Gossip with a flag or who freed whom 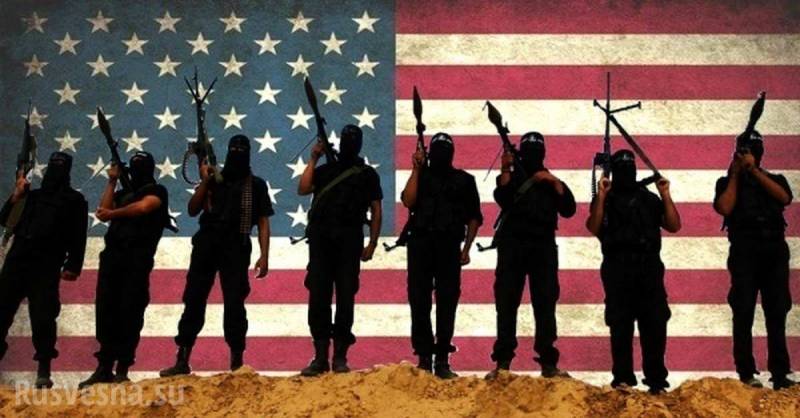 “We also plowed!” - the fly said, perched on a horn of a buffalo
It was getting dark ... An ambulance rolled up to the emergency room door of the clinic, in which a patient with a severe form of suffocation was taken. A consultation was urgently convened with the invitation of the entire staff of the institution, including technical and economic personnel. Everyone thought hard, rubbing their foreheads and their heads ... They thought for a long time. And now the deputy head doctor for the AHO, whom everyone treated with due respect for his position, reasonably said: “Should we not cut our sore throat? There, probably, we will see the cause of the disease ... Or insert a probe into the anus and, advancing it, examine the patient's throat? ” Everyone reacted to this proposal differently: some twisted their fingers at their heads, others kept silent, while others, looking ingratiatingly into the eyes of the person who offered this radical remedy, began to nod their heads.

But then a young doctor, who recently graduated from graduate school, and, as they said, is very promising, came forward. Colleagues! - He turned to a high assembly - would it not be easier for us to examine the patient's throat with a familiar autoscope? The consilium shook its heads with doubt, and then this doctor decided to independently deal with the sick, at his own peril and risk. Almost all were eliminated from responsibility, with the exception of two or three, sharing the views of the brave. The throat was examined, a banal angina was revealed (albeit in a neglected form), a very successful treatment was prescribed and, as subsequent events showed, the proposal of the young doctor was the most optimal. The patient is recovering. But now, at a gathering with his friends, the deputy head doctor, smoking the next "kosyachok", certainly remembers and tells how he took part in the consultation on the diagnosis of one patient with a very terrible disease and all (!) The consultation approached him (deputy ) the proposal and the patient, thanks to this, miraculously survived! Amen!

Absurd история? I agree! And I admit - a solid fiction, BUT! It is not more absurd than the "clarification" of the representative of the Pentagon Eric Paehon on the subject - who is the liberator of the long-suffering Syria from ISIS obscurantism (*). I quote literally:
“The Syrian regime and the Russian Federation did not demonstrate a serious approach or commitment to defeat ISIS (*).” They carried out only a small part of the operations against ISIS (*), and most of the territory liberated in Iraq and Syria was liberated thanks to the efforts of the global coalition and its partners. ”

Anyone have doubts about this, colleagues? Personally, I have no doubt that all the threateningness, invincibility and nobility of the American army is a myth, lovingly supported by a well-established US media machine, starting from the press and ending with film scenes. The most suitable film illustrations for the American Army are films such as Hotheads and Rambo.

What is remarkable, in the interview, which was taken from the representative of the Pentagon, the question is - Whose merit in rescuing Syria from ISIS (DAISH) (*)? - not even sounded. He was simply asked to comment on the statement of the Defense Ministry of the Russian Federation on the soon and complete liberation of Syria from terrorists. But, apparently, the wounded pride of the fact that the plans of the West to destroy Syria, as an independent and sovereign state, did not come true, so dominates the Pentagon strategists that they "can not even eat." I really wanted to report to them triumphantly, as another dictator disliked America was torn to pieces by a brutal and stoned crowd paid in dollars. It did not work and it is very disappointing.

It should be noted that, in contrast to all sorts of American press secretaries, the Public Relations Service of the Ministry of Defense of the Russian Federation has never declared its victorious role in the Syrian war. Always the Russian group - "assisted" the army of Syria. The absence of Russia sticking out its role in the conflict and attempts to exert political pressure on the Syrian leadership was also noted by B.Asad himself in his interviews.

But now, when the “opposition” lured by the West is on its last legs, it is urgent to create another myth about the decisive and liberating role of the American army at the head of the hand coalition. Now hastily it is necessary to create ordinary, miraculously rescued ordinary Ryan or "Inglorious bastards" on the eastern "nature." From the same clip and unprecedented pressure on the Russian media and the self-differentiation of the next myths about freedom of speech and opinion. It's sad, but - naturally. A country that builds its policy on a total, but carefully embellished lie, sooner or later had to “open up”.

Looking at all this clumsy work, at these miserable attempts, to justify your stay in the territory of another state without any permits and mandates, and to bulge out your role in the Syrian war, you unwillingly receive confirmation of the opinion that it was the Western coalition that was created, successfully developed and escalated this process. And confirmation of this is the numerous warehouses with weapons Western countries, including Israel, captured during CAA operations. And all this obscurantism, lovingly supported by the states, threatened the death of thousands and thousands of Syrians. But here - Russia came.

* ISIS, DAISH - a terrorist group banned in the Russian Federation.