In Birobidzhan, a memorial plaque to nurses who died in Syria has been opened

December 5 2017
14
A memorial plaque to nurses of the hospital of VBO, who died a year ago during the shelling of a mobile hospital of the Russian Defense Ministry in Syria, was opened today in the city of Birobidzhan (Jewish Autonomous Region), reports RIA News message of the district press service. 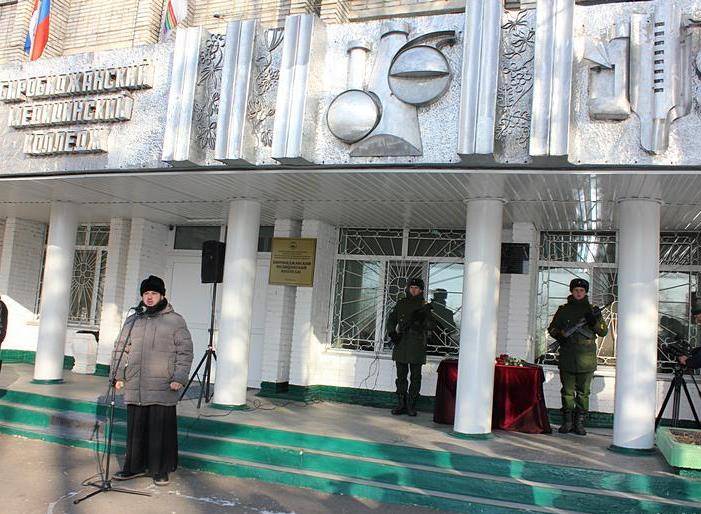 The district recalled that “on December 5, 2016, as a result of shelling by terrorists of the Russian mobile military hospital deployed in Aleppo, two Russian nurses died: Nadezhda Durachenko and Galina Mikhailova”. They have families and children.

The opening of the memorial plaque to the dead nurses Nadezhda Durachenko and Galina Mikhailova took place on Tuesday in the territory of the Birobidzhan Medical College, where they studied. The ceremony was attended by representatives of the SBO headquarters, public organizations, fellow workers and nurses' friends, students, city residents,
says release. 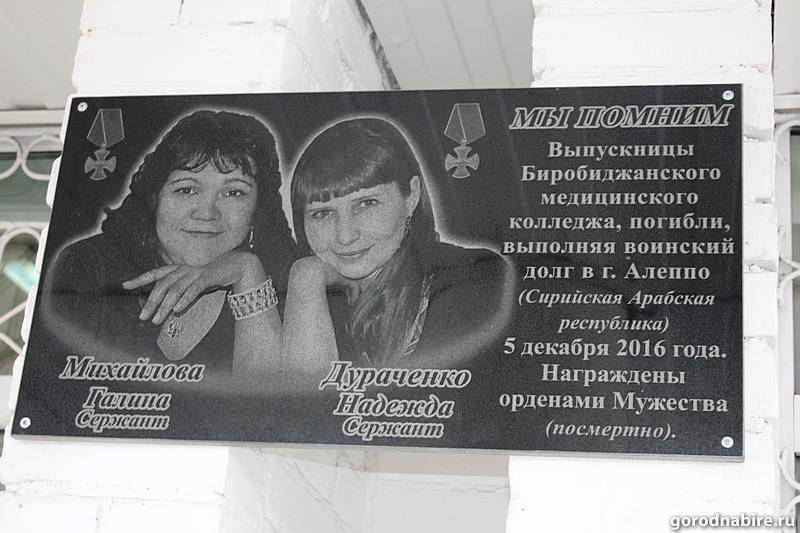 It is reported that a commemorative plaque is installed on the college building on the initiative of the leadership of the educational institution and the military commissariat of the region.

After the opening of the memorial plaque in the Blagoveshchensk Cathedral of Birobidzhan, a memorial service was served for the dead Russian women.