December 5 2017
40
Two strategic bomber Tu-95MS and two IL-76MD aircraft of the Air and Space Forces of Russia made an international visit to Indonesia. This was reported on Tuesday by the Ministry of Defense of the Russian Federation. 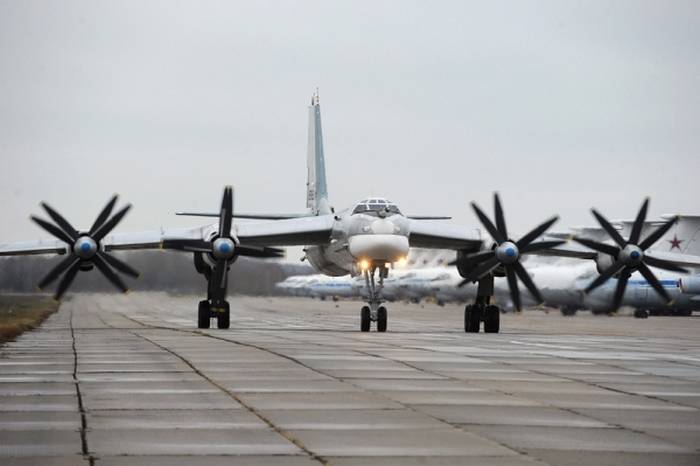 Two strategic missile-carriers Tu-95MS and two IL-76MD aircraft of the Aerospace Forces (VCS) flew from the airfield in the Amur region to the airfield Biak of the Republic of Indonesia during an international visit. During the flight, in-flight refueling was carried out in the air of Tu-95MS aircraft from Il-78 tankers over the Pacific Ocean
- it is spoken in the message of military department.

The Defense Ministry stressed that the flight was carried out in strict accordance with international rules for the use of airspace, and the borders of other states were not violated.

Ctrl Enter
Noticed oshЫbku Highlight text and press. Ctrl + Enter
We are
The global crisis and the “yellow threat” led to the arms race of the countries of the Asia-Pacific Region. Part of 2
Military Reviewin Yandex News
Military Reviewin Google News
40 comments
Information
Dear reader, to leave comments on the publication, you must sign in.