How Poland won the "Russian militarism". Conclusions of Matserevich 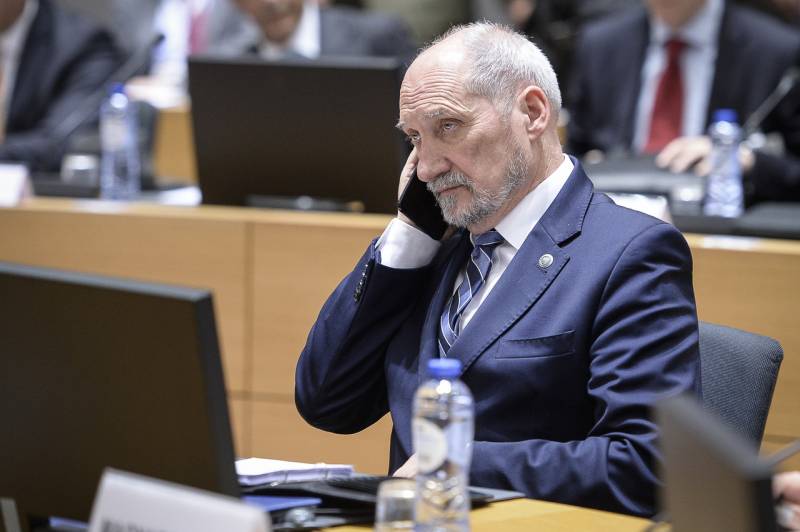 In an interview with the publication of wRolityce.pl, Minister Anthony Matserevich declared victory over “Russian militarism.” He recognized this victory as “historic”, the site reports "InoTV".

Vladimir Putin, the politician believes, is unable to adapt his state to life in the modern world. At the same time, the minister admitted that there is no equal in the art of misinforming Putin. As arguments for the failures of Putin, the Polish minister called the American troops near the Russian border and the loss of Ukraine. Pole called both events the nightmares of the Russian rulers. Let us dwell on this in more detail.

In an interview, Anthony Matserevich said: during his tenure as defense minister, the Polish army has changed a lot. Until now, she was not determined to defend the interests of Poland. “There was also no determination to defend his own generals, who died near Smolensk,” Matserevich saddled his favorite skate. - It was a reflection of what happened to the Polish army. The generals and senior officers were resigned to the fact that their own state and their own country accepted the Russian thesis, which was supposed to humiliate the Polish army and the Polish state. ”

Further, the minister acknowledged that for a couple of years or even five years, Poland would not be able to create an army that could independently confront Russia. However, to prevent the attack of the Russian, of course, help the US and NATO troops. Matserevich seeks to make the rotational presence of these troops on Polish territory permanent.

Then the pan minister criticized V. V. Putin. “Mr. Vladimir Vladimirovich Putin, who in many publicists causes fear from which they run away, provoked Russia's greatest defeat over the centuries,” the politician believes. “The two nightmares of the Russian leaders - the American troops on the border of the Russian Federation, as well as the loss of Ukraine - occur precisely because of its aggressiveness, lack of understanding and inability to adapt the Russian state to life in the modern world. Continuing to operate in the Soviet style and relying on the Soviet elite, Mr. Putin, despite the short-term successes, is the “author” of the greatest defeat of the Russian state. If he does not change this policy, then the defeat will increase in scale. We transformed the greatest threat that hung over Poland into a historic victory, ”concluded Matserevich.

As for the Syrian victories of Russia, Matserevich considers them something doubtful and relates more to the field of propaganda. “Russia has always had brilliant propaganda, great propaganda opportunities and a great ability to find intelligent people in the West who were ready to repeat Kremlin theses. Here is an example of this. In this matter, I would not believe Mr Putin. Misinformation and mystification is still Putin’s strongest weapon. ”

The impression is that Pan Matserevich has already declared himself not so much a complete winner, but a political rival, at least able to resist Putin. Polish Defense Minister as if summed up the preliminary results of their activities.

It is difficult to even imagine what statements he will make before resigning. Probably write a book of memoirs, where the central episode will be the chapter on the great Polish victory over Russia.