Why did the Argentine Navy carry out a powerful explosion in the area where the submarine was missing?

December 5 2017
15
To establish the causes of the loss of the San-Juan diesel-electric submarine in the south-western Atlantic, a controlled explosion of about 100 kg in TNT was carried out. Recall that earlier the American reconnaissance aircraft recorded a “thermal and acoustic anomaly” in one of the search squares.


Argentine military experts carried out an explosion at a depth of about 40 m in order to obtain data on whether such an explosion could have fixed a reconnaissance plane. As a result of the tests, the Argentine military concluded that the explosion, which probably occurred on board the San Juan diesel-electric submarine, was significantly more powerful than the experimental one. 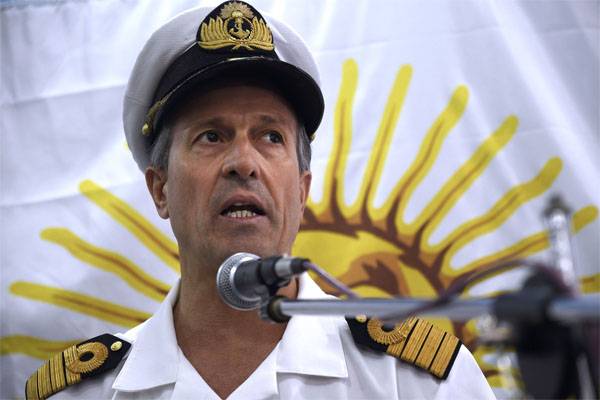 Recall that earlier the Argentine specialists of the Naval Forces stated that they do not exclude the possibility that there was an explosion of hydrogen onboard the submarine, released during an emergency situation involving the charging of batteries. After the experiment conducted in the Argentine Navy, they came to the conclusion that if there was an explosion, its power was too high to be attributed to malfunctions when charging batteries.

Earlier, the Argentine Navy focused on the fact that the San Juan diesel-electric submarine carried out the transition from Ushuaia to Mar del Plata without armaments in the form of torpedoes.