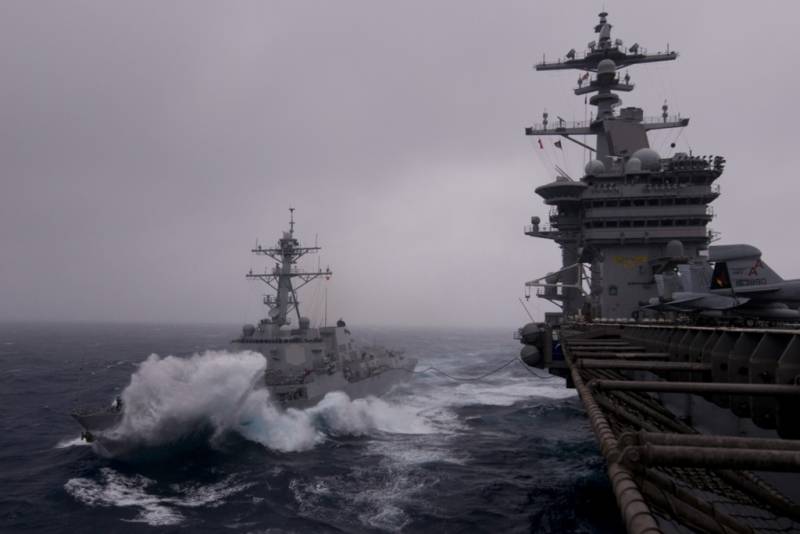 The ship goes through the veil of vacuum. Ideas are born in its spherical flows. Bold guesses destroy stereotypes. For example, what if ...

What if the Nimitz all wing is loaded “to the eyeballs” with anti-ship missiles and takes off. Without any defensive weapons, only offensive weapons - PKR AGM-158C LRASM. Spherical vacuum promotes and even encourages such tactical madness.

How many rockets can planes make?

Answer: 40 fighter “Hornet” (the typical number of three fighter squadrons) will be able to carry on their last flight 80 anti-ship missiles.

A destroyer going abreast also carries no weaponsexcept LRASM. In this case, he will be able to fire a volley from 96 anti-ship missiles.

A very unexpected result, isn't it?

Local experts will find it incorrect (and even outrageous) to compare the strike potential of ships by the number of missiles in a volley. Where are the detection capabilities and launch lines for various carriers taken into account?

Where take into account the time required to ensure the take-off of three squadrons (many hours) and the efficiency of launch from the destroyer launchers. In theory, “Burke” is able to shoot your ammunition in a couple of minutes. In practice - a little longer.

These are the realities of the modern Navy. Ships of different classes use weapons with similar characteristics. And the range of the missiles (hundreds and thousands of kilometers) finally erases a clear distinction between carriers. 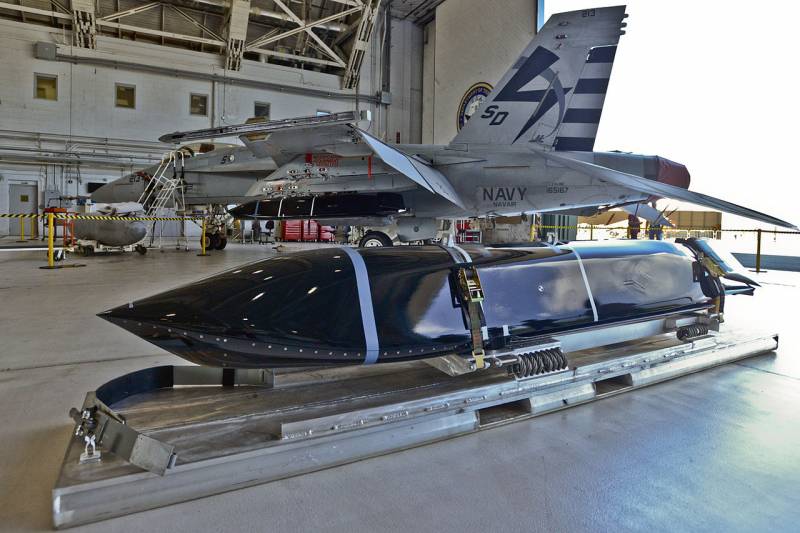 The hypothetical example of the number of CRPs is only terrible hint at what opportunities are hidden in the bowels of the missile destroyerEquipped with dozens of launch shafts and the latest generation combat control system.

This circumstance gives the right to talk about the comparison of the AB and the ten-fold smaller destroyer.

With the development of rocket weapons aviation lost one of the main "trump cards" - the use of ammunition of heavy weight. 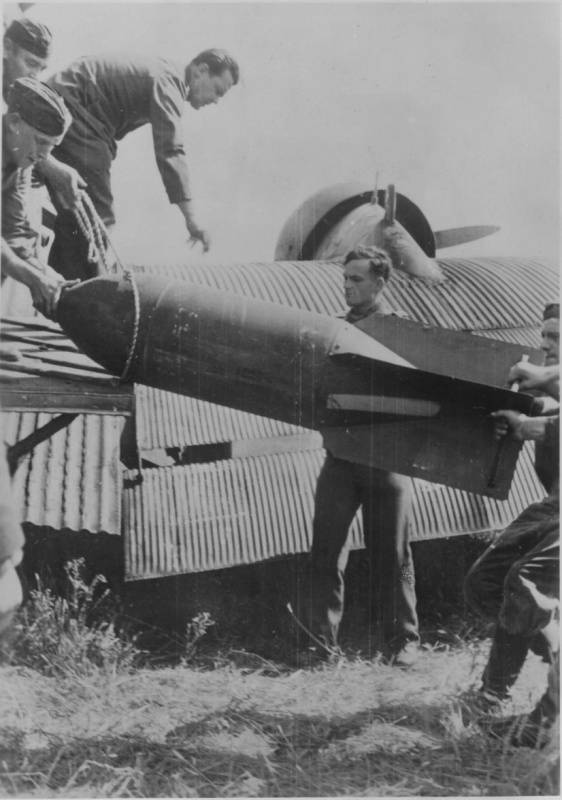 During the attack on Pearl Harbor primitive by today's standards, the bombers of “Nakajima B5N” (max. Take-off weight - 4 tons) attacked the enemy with 800-kg bombs! In fact, instead of bombs, 356-mm projectiles with welded-on stabilizers were used. Under normal conditions, an 356 mm caliber projectile required an 86 t artillery mass, of course, without taking into account the mass of actuators and ammunition systems. To handle such a bulky art. the system required the calculation of dozens of sailors. This is a weapon of battleships. Ships that have in the distribution of weight loads on weapons, more than 5 thousand tons were allocated.

The installation of guns of this caliber on ships with a standard displacement of less than 30 thousand tons was out of the question.

During the Great Patriotic War, not every ship could even fire 150-kg shells. This required guns with a caliber of at least 8 inches (203 mm), which were intended to arm heavy cruisers. The most modest of which (“Washingtonians”) had a standard displacement from 10 thousand tons.

With a standard configuration of weapons, the Burke class destroyer is capable of having about fifty cruise missiles in combat readiness without compromising its defensive capabilities (medium-range and long-range 50-60 anti-aircraft missiles).

This is the equivalent of the 460-kg Mk.83 aerial bombs containing 202 kg of tritonal. Being one of the main types of NATO air munitions, they are used as a CU for guided bombs with laser-guided bombs (GBU-16 “Paveway”) and bombs with GPS-guided GBU-32 JDAM.

In modern conditions, even such ammunition is considered redundant. The bulk of strike weapons are represented by 227-kg (500 pound) ammunition and Mavrik-type air-to-surface missiles. More modern designs are even smaller, for example, 119-kg planning SDB. 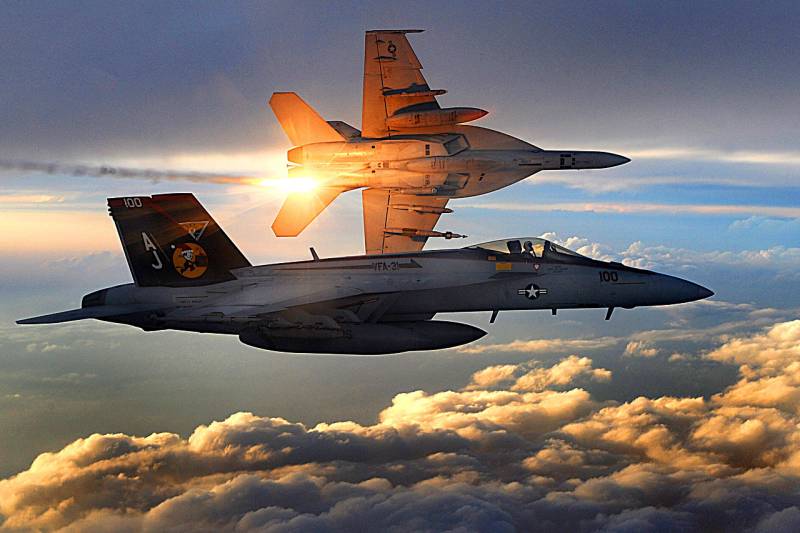 Combat air patrol over Afghanistan. On the pylons of the deck fighters there is a noticeable assortment of weapons, among which are “cast iron” with an integrated GPS kit (JDAM) and a laser-guided bomb.

By the power of high-precision weapons, ship-based equipment has long become equal to aircraft munitions and in some cases surpasses them.

As for the launch range, then yes, you are absolutely right. Compared to art. systems of the past observed 50-fold increase in firing range. At the same time, without loss in accuracy: the Calo and Tomahawks QUO is calculated in few meters.

Conventional “Ax” - 1600 km. In the same range is the launch range “Caliber”. That is comparable to the maximum combat radius of fighters.

The stated launch range of the anti-ship LRASM is 300 nautical miles (560 km). In this case, launching from a ship or aircraft will no longer have the catastrophic difference that was observed in the era of Yamato and the piston Corsairs. 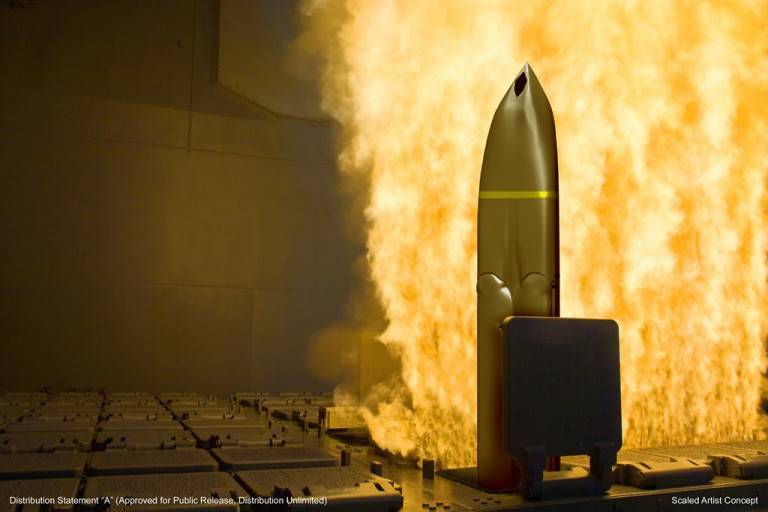 500 km - a considerable distance. Being located in the central part of the Mediterranean Sea, you can shoot through such a rocket any area of ​​the water area from the coast of Africa to Europe, including the territory of Greece, Italy and Tunisia. There is hardly ever any practice of shooting at maximum range.

This idea has been repeatedly voiced by various sources. For punitive strikes with 200-300 units of high-precision weapons in order to disrupt the operation of the airbase / militant training camp / warehouse or re-evaluate the next king, the destroyer with guided missile is most effective.

Operational accuracy, surprise factor. No noise and “air parades” of dozens of aircraft. In the absence of the risk of loss of aircraft costing half the destroyer. In general, any risk to the attacking side.

Fit for this purpose a nuclear trough with the crew of 5000 people. and an honorary escort of ships, with the cost of providing combat missions, training pilots and the cost of the aircraft themselves ... It must be pretty. But it will be cheaper to shoot a blaster from an orbital station: pi-piu.

For serious combat work, the presence or absence of floating airfields does not matter. As practice has shown, in the event of a full-scale war with a country of the Iraq level (1991), dozens of air bases, thousands of aircraft and tens of thousands of sorties are required. If there is no place to put money, you can drive the top five “Nimitsev”. If there is no such option, no one will notice the difference.

AB value in a sea battle

I will not rewrite the beaten truths. A typical controversy on that topic looks like this: a destroyer always acts in proud loneliness. He makes desperate attempts to determine the location of the opponent's AUG. Decker aircraft, of course, are the first to detect the target and strike.

Gentlemen, this is fundamentally unfair. Why was the destroyer alone? Always and everywhere need an integrated approach. What are the options, except for the construction of "Nimitz"?

For example, for a small part of the savings, you can purchase an unmanned reconnaissance squadron.

Let the experts explain how the Global Hawk high-altitude UAV or the Triton maritime MQ-4C differ in their abilities from the deck of the AEW aircraft. Only by seeing Triton from kilometers above 18 more and farther than Hokey flying 9 kilometers? 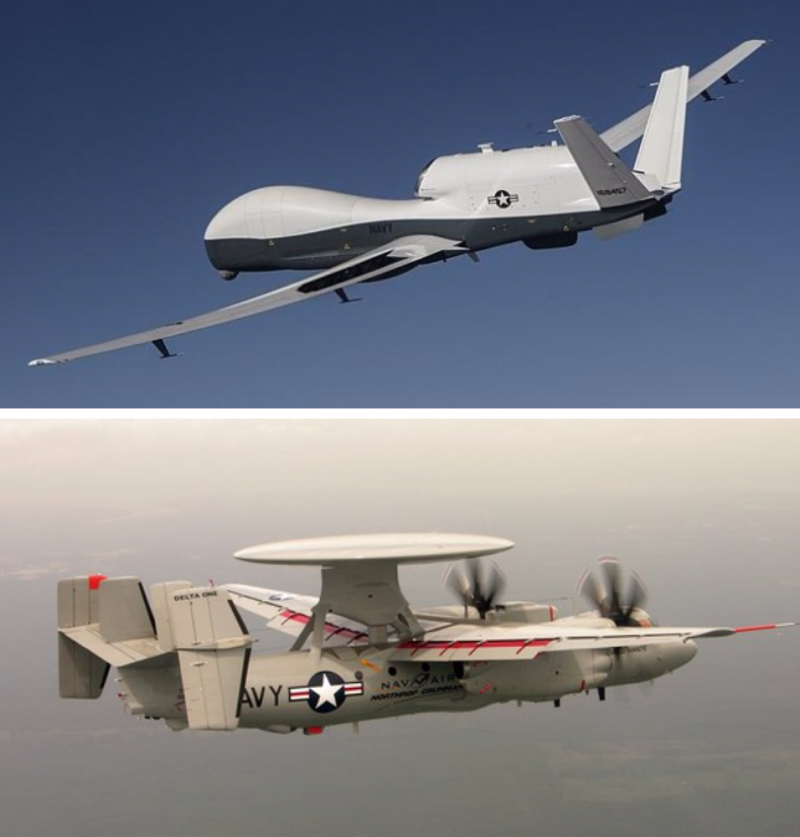 According to the developer, during a single shift (30 hours), the scout explores the water area of ​​7 million square meters. kilometers - 3 times the area of ​​the Mediterranean Sea.

The equipment of the drone, in addition to the radar with AFAR, includes optical and IR cameras and means of electronic reconnaissance. It would be naive to believe that the enemy AUG, while in the Mediterranean or the South China Sea, will be able to avoid detection of such a drone for a long time.

The variant with the oncoming battle of AUG coming out of Los Angeles and the KUG coming out of Vladivostok is not considered somewhere in the central part of the completely deserted ocean, due to its absurdity.

When the battle begins. Modern 10 thousand ton destroyer, even when using part of the cells to accommodate defensive weapons, is capable of launching dozens of cruise missiles in one volley. Let's say more correctly: the number of RCC, comparable in number to the means of air attack of the strike group of carrier-based aviation.

In this righteous fire, everyone will burn. The aircraft carrier will finish the escort ships that survived. His opponent - the KUG of a pair of destroyers will repeat the feat of “Varyag” and “Korean”. Scout "Triton" will be shot down. “Hornets” from the combat air patrol will crash into the sea with empty tanks.

Before starting the discussion I will try to answer the first question from readers. And “Nimitz”, and “Burke” and “Triton” - all the means available to one country. And what should we do?

In the framework of the debate “Who to be: rich and healthy or poor and sick?” The answer is quite obvious. I chose Burke and LRASM as an example in order to study naval weapons created on the basis of the most promising technologies.

I believe that the day will come, and some “Chameleon” UAV “MiG” will fly into the sky.

The main thing is not to waste money on the rapidly becoming outdated concept of “floating airfields”. 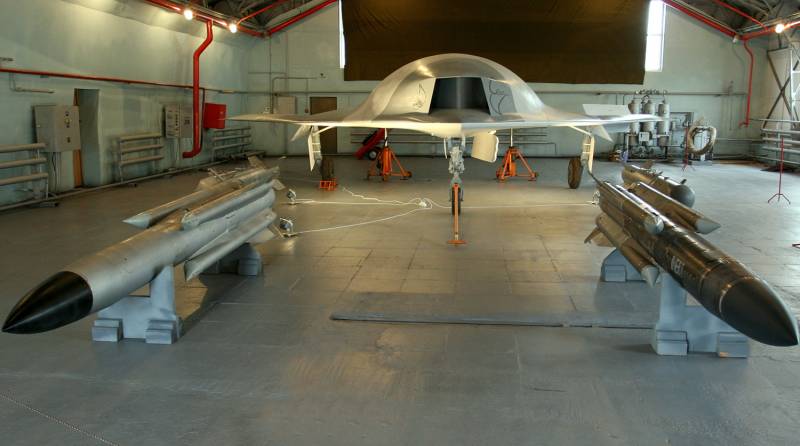 Ctrl Enter
Noticed oshЫbku Highlight text and press. Ctrl + Enter
We are
The United States began the production of new anti-ship missilesA multi-purpose version of the Swedish anti-ship missile RBS-15 will appear in the list of the main threats on Russia's western frontiers.
126 comments
Information
Dear reader, to leave comments on the publication, you must to register.