December 11 2017
90
Among the novelties of the handgun weapons at first glance, it is often possible to find completely new models that could be missed without focusing on them, since all the solutions in them are standard and have often been used. But sometimes such weapons have their own unique appearance or some kind of distinctive detail that makes them cling to, and with a more detailed acquaintance comes the understanding that, compared to other similar weapon models, this is exactly a little better, more convenient and in the end just more attractive.


I propose to evaluate one of the latest developments of the company Noveske, engaged in the production of AR-like weapons and additions to it. We will meet with a small-sized machine Ghetto Blaster.

About small-sized machines based on AR-15

Among the various shortcomings of weapons based on the AR-15 rifle there is one that has not yet received the option of successful elimination, namely the ability to fold the butt and not deprive the weapon of the ability to be used in the folded position.

It would seem that a folded butt that does not interfere with firing weapons is a mere trifle, because without a rifle, even at short distances, it’s not worth talking about aimed fire, unless you are a hero of a Hollywood action movie, however this feature of the weapon greatly expands not only the machine’s scope, but sometimes it increases the chances of survival for the owner of the weapon.

First of all, it should be noted that the machine with the butt folded takes up much less space during transportation. It is much more convenient to use while in transport or armor technology due to the reduction in the length of the weapon. When parachuting, such weapons also have their obvious advantages. But the main thing in the arms with a folding butt is that you can significantly reduce its length in cramped conditions, thereby increasing its maneuverability. Of course, this will have to be sacrificed by the accuracy of fire, but when firing bursts at short distances in certain situations, this can be neglected.

The design of the weapon on the basis of the AR-15 has one remarkable feature in the form of the so-called buffer spring (in our return), which is located in the butt of the weapon. Thus, if the stock is folded in any of the possible ways, then after the shot, the bolt will not only move backward at an increased speed, but it will not be able to go back, since the spring will not push it.

As already noted above, many solutions have been proposed for solving this problem, but none of them is perfect. The whole scope of design ideas begins from simply folding the butt with fixing the bolt group, which makes the weapon not effective until the butt is decomposed, and ends on such an original solution as the ability to fold the weapon at the point of junction of the barrel to the receiver, which makes the weapon unsuitable for use in the folded position. 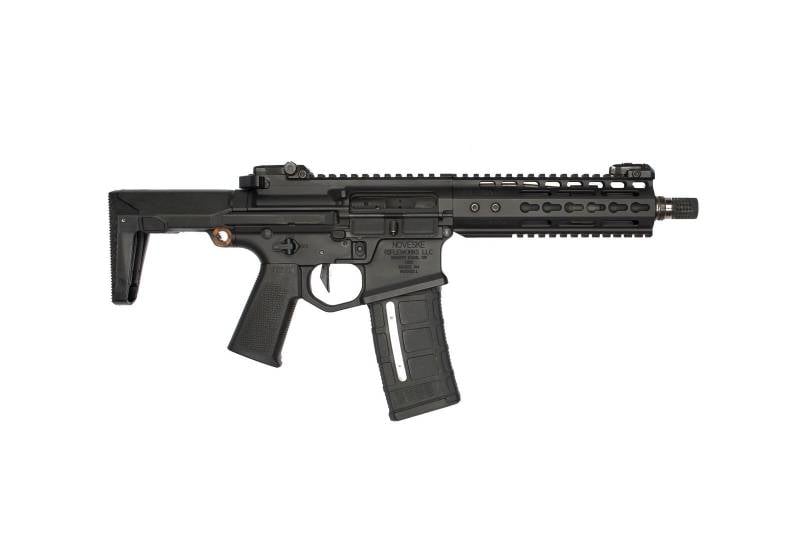 In general, it is virtually impossible to completely defeat this problem without significant changes in the design of the machine, although it is not so difficult to install a return spring over the bolt group, but there is no room for this in a standard receiver, in addition, you will need to reduce the length of the bolt group, in general actually have to make new weapons.

The designers of the company Noveske went a little different way, which in this case may even be the only correct one in terms of cost and end result. The buffer spring tube, and accordingly the spring itself, was reduced to the maximum extent possible, as far as the course of the standard bolt group of weapons allowed. Butt but was made retractable back. Thus, with the butt moved, the machine turned out to be as compact as possible, and with the weapon advanced it turns into a convenient and complete means for firing at the enemy. 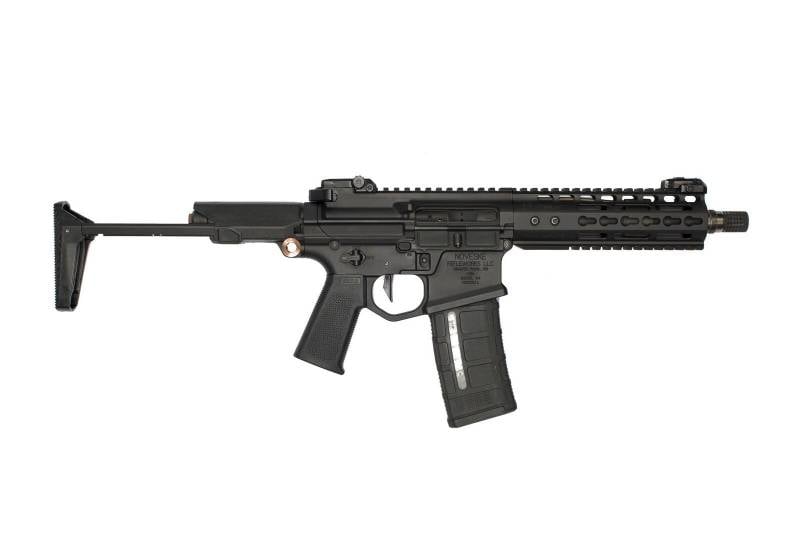 If we talk about the ergonomics of the new machine, then it is impossible to isolate something new or unique because it is not there because of the similarity of the machine with the M16. However, some elements have been changed, although they remained in their places.

The first thing that attracts attention is the trigger of the weapon, which is made straight. The detail on the civilian market is quite fashionable now, although it does not provide any specific advantages in such a weapon. The new machine has lost aiming devices that would be one with the weapon. Now, the rear sight and the front sight are mounted on a long mounting bracket on top of the machine gun; a collimator or optical sight can be mounted on the same bar. In the lower part under the barrel there is another seat to install an additional handle to hold or additional devices in the form of a flashlight or laser designator. In addition, on the left and right sides can be supplied with additional mounting straps. The translator of fire modes, the store eject button - all this is located in its place, but the weapon has lost its rammer. 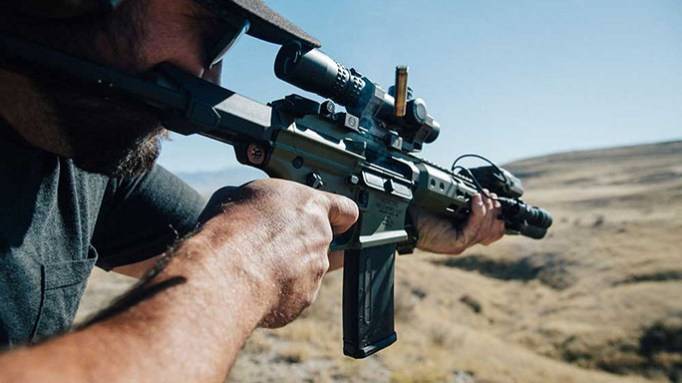 If we talk about the butt itself, then in its folded position it is extremely inconvenient because of the angle of inclination of the handle, in size it is suitable only for a child, but in the extended position the butt is fully full, as in a full-sized weapon. The butt itself has a stepped adjustment, which makes it easier to fit the weapon under the shooter, not only depending on its size, but also depending on the clothes worn on it.

In general, the ergonomics of the Ghetto Blaster leaves a pleasant impression, but only at the level of an AR-like weapon, since some elements, such as the size of the interpreter of a fuse-switch fuse, could be made larger.
The design of the compact machine Ghetto Blaster

Some features in the design of weapons can not be identified, here is quite familiar and familiar to the M16 automation system with all its advantages and disadvantages. The only difference is a reduction in the length of the return spring and small, one might even say cosmetic changes in the bolt group.

In general, for most people, this weapon is the M16, which is not so far from the truth.

Characteristics of the machine Ghetto Blaster

The mass of the device without cartridges is only 2,1 kilograms, but here it is necessary to make an amendment to the fact that various aiming devices, as well as a flame arrester will affect this figure.

It feeds weapons from stores with a capacity of 10, 20 and 30 5,56x45 cartridges. There is also a version of the weapon chambered for .300 BLK.
The machine itself is offered to the armed forces and the police in its full form, as well as for the civilian market without the possibility of automatic fire and with a reduced capacity of the stores to the extent permitted by law. 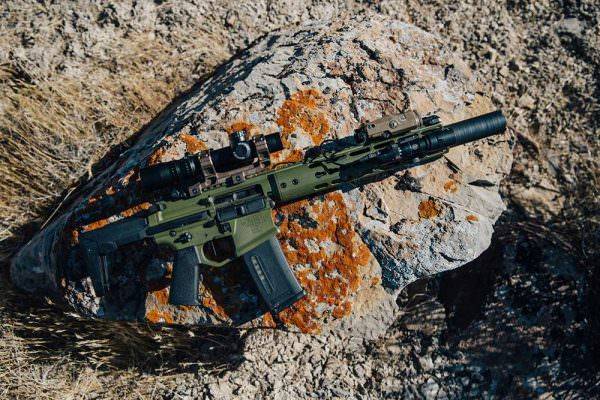 In addition to the compact version of the 4 machine, the generation of the Noveske company also includes full-size models of the weapon with a barrel length of 416 millimeters. There are no differences except the length of the trunk and the elongated forearm between them.

For many, this machine may seem like another variation on the M16 theme, and so it is in fact. But there is something special about it, even if it’s even the price, which on the manufacturer’s website is equal to 2160 US dollars for the civilian version of the weapon. I must say that this is a lot for such weapons, even very many. Nevertheless, the overall appearance of the machine is very interesting, although it would seem that only the butt was replaced and the barrel length was reduced.