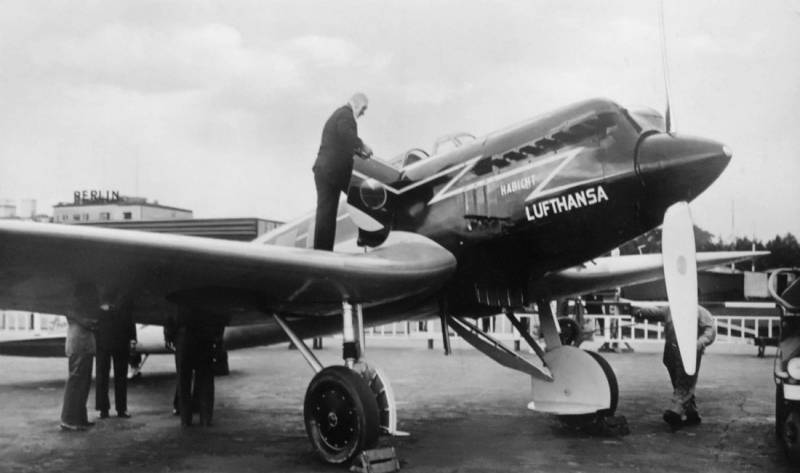 Exactly 85 years ago, 1 December 1932 for the first time took off the prototype of the Heinkel Not-70 Blitz (Lightning) high-speed passenger aircraft - the first aircraft of this class in Europe. The maximum speed of the vehicle was 360 km / h, which was significantly higher than the speed of most fighters of that time. The appearance of the Blitz once again demonstrated that Germany, despite the Versailles restrictions, continued to remain a leader in the field of aircraft manufacturing. In 1933, the aircraft set eight world speed records at various distances.

After Hitler came to power and the decision to revive the Luftwaffe, the Blitz was, of course, immediately converted into a fighting vehicle — a high-speed reconnaissance aircraft and a light bomber. Protective armament was installed on it, and the five-seat passenger cabin was converted into a bomb bay that contained an airborne camera and an 300 kg combat weapon. In total, 1933 of the Non-37 instance was built in 324-70, of which only 28 was in the original civilian version.

The baptism of fire "Blitz" took place during the Spanish Civil War, where in 1936 30 such vehicles were sent as part of the German volunteer legion "Condor". The following year, the German pilots handed them over to the Spaniards, and they themselves transferred to the newer twin-engine Dornier Do-17 bombers. By the end of the war, 12 Blitz survived. The last of them were written off in 1953, already in the heyday of the jet aviation.

Technical progress in the 1930-s went at a rapid pace, so by the beginning of World War II, the Blitz was obsolete. By that time, fighters appeared at speeds above 500 km / h, from which he could not get away, and weak defensive weapons (only one machine gun) did not allow him to successfully defend. Therefore, the aircraft was removed from service and transferred to training units.

Only the Hungarian export Heinkels equipped with the French Gnom-Rhône Mistral-Major French radial air-cooled radial motors and three-blade variable-pitch propellers (sometimes called Non-170) fought a bit on the eastern front. In 1938, the Hungarians purchased 20 of such machines. Their speed reached 400 km / h, but at the beginning of the 1940-s it was already considered insufficient, especially in combination with unprotected fuel tanks, lack of armor and the already mentioned weak weaponry. Several aircraft were lost, and the rest were taken to the rear in 1942, and also later used as training.

Passenger "Blitz" of the same company, but with Nazi emblems at the Tempelhof airfield in Berlin. 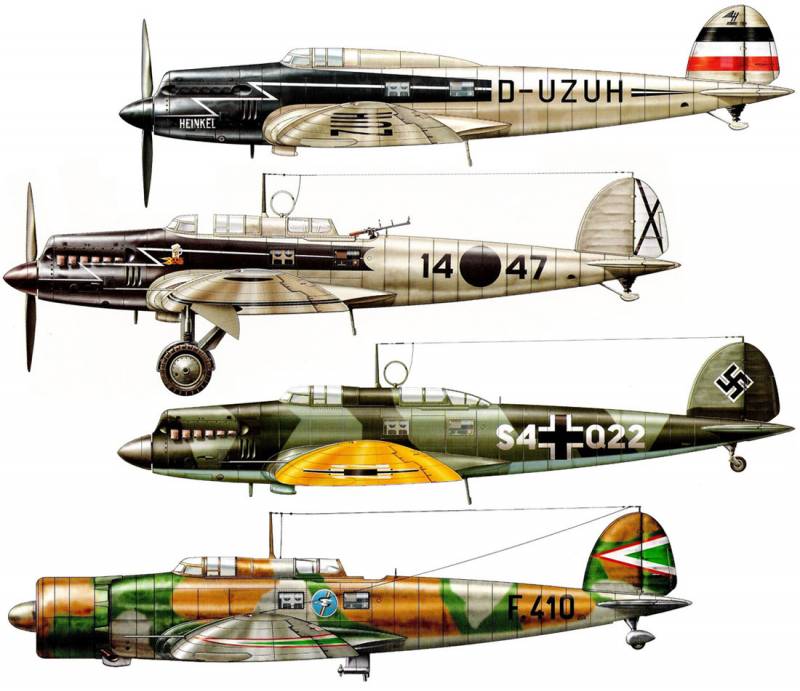