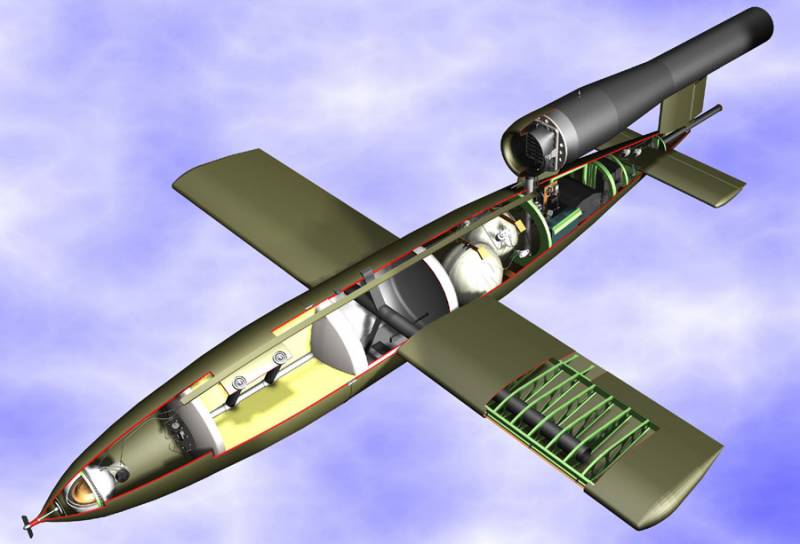 75 years ago, 1 December 1942 of the year, the first test launch of the ground catapult of the Fieleler Fi-103 projectile aircraft (aka A-2, aka FZG 76, aka V-1), which is still the most widespread weapons This class, ever applied in hostilities. A total of about 25 thousands of such missiles were made, most of which the Germans managed to launch across London, Brussels, Paris, Liege and Antwerp. In London alone, 6184 people died from them, about 19 thousands more were injured and burned.

This was the first experience of contactless distance war. However, despite the excessive hopes pinned by the Germans on the robotic "miracle weapon", it did not have a significant impact on the outcome of the Second World War. However, for its time, the Fi-103 was a very sophisticated killing machine, combining simplicity and cheapness with a fairly high efficiency.

The purchase price of a serial V-1 was just 3,5 thousands of brands - almost 100 times the price of the average front-line bomber, not counting the cost of its ammunition and the cost of training the crew. And the labor costs for the production of V-1 did not exceed 350 working hours. It did not use any scarce materials - only wood and cheap steel. In this case, one ground launch team could launch from a single launcher to 15 projectiles at a distance of 170-200 kilometers per day.

And although less than half of the launched cruise missiles hit the targets (20% was denied for technical reasons, 17% were shot down by anti-aircraft guns and 25% were fighters), the rest were quite enough to cause great trouble to the British and Americans. It is no coincidence that in the middle of 1944, a significant part of the sorties of the Anglo-American bombers on the European theater of operations was directed against objects one way or another connected with the production or launch of "retaliation weapons."

Additional evidence of the appreciation given by the allies to German cruise missiles is that after the war in the USSR and the USA, attempts were made to copy them, which lasted until the end of the 1940-s.

Fi-103 with maintenance hatches removed in one of the American aviation museums. 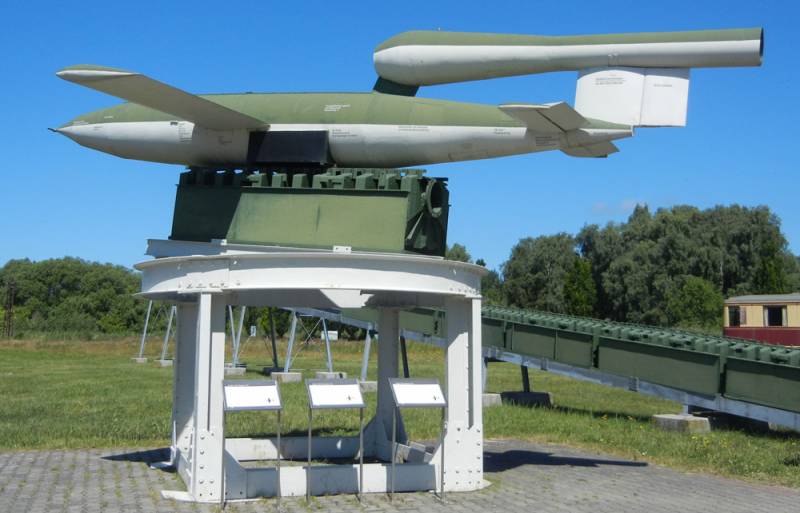 Layout of the Fi-103 and a fragment of the starting ramp at the museum site in Peenemünde. 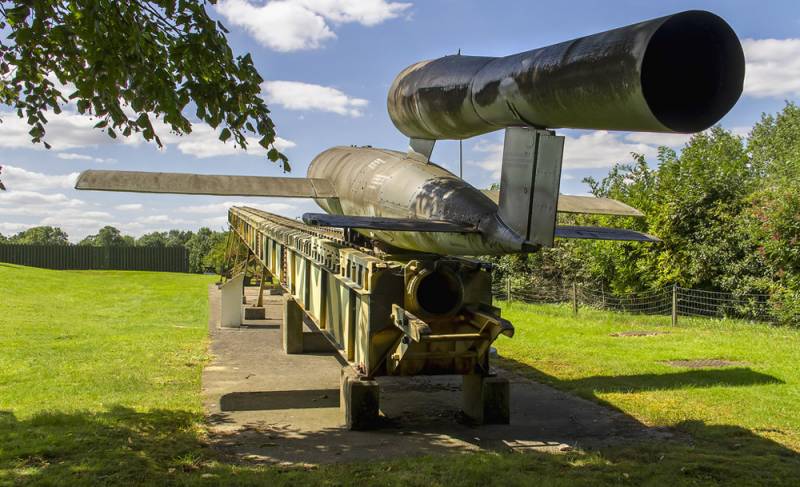 Fi-103 on the steam-gas catapult ramp, which in a second accelerated the projectile to 250 km / h. At this speed, the engine was turned on.

Anemometer spinner, counting the distance traveled before the automatic transfer of the rocket in a dive. On the right - tail tail and welded from steel sheets nozzle of a pulsating jet engine Argus As-14. The Fi-103 was the only large-batch aircraft equipped with a HRID.