Crossbow-2 parachute mastered by reconnaissance units of the airborne troops 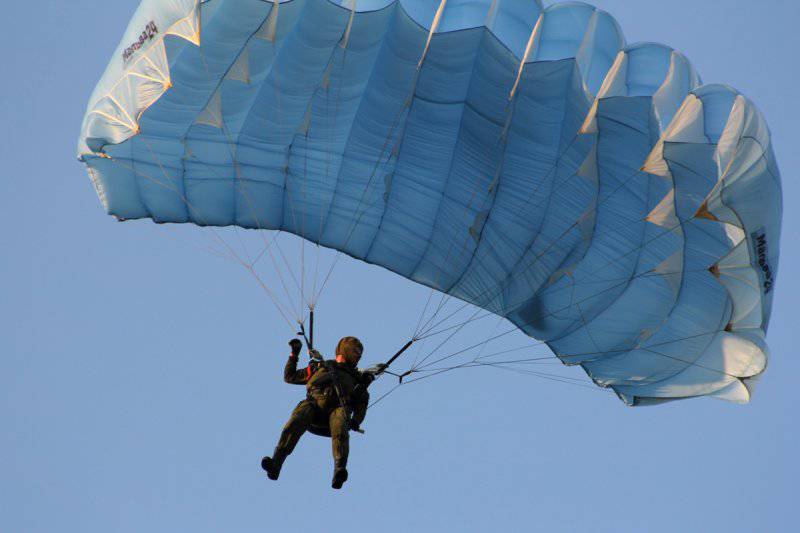 Parachute system "Crossbow-2" is in service with reconnaissance and special units of the Airborne Forces. It is designed to drop paratroopers of special-purpose groups with a set of necessary armament and equipment, as well as to perform training jumps from aircraft such as An-2, An-26, An-12, Il-76 and Mi-8 helicopters equipped for parachute landing of personnel.

Provides safe performance of jumps with the flight mass of a parachutist with special equipment up to 150 kg in the range of air temperatures near the earth from -35 to + 35 degrees Celsius at the airspeed of the aircraft during landing of up to 350 km / h.

The main parachute is equipped with a front free end trimming system to increase horizontal speed.

The special shape of the main and reserve parachute domes ensures the safe landing of paratroopers with minimal jump experience.

The suspension system has eight adjustment points, which makes it easy to fit it to a parachuter of any height from 160 to 200, see how
in winter and summer uniforms and special equipment.

The design of the suspension system allows you to place on it additional equipment (cargo) weighing up to 50 kg in a separate cargo container with an autonomous parachute system - UGKPS-50.
Ctrl Enter
Noticed oshЫbku Highlight text and press. Ctrl + Enter
We are
ARMY-2016. Training complexesAirborne officers are studying in the Ryazan center of the airborne airborne parachute system "Crossbow-1" and "Crossbow-2"
Military Reviewin Yandex News
Military Reviewin Google News
20 comments
Information
Dear reader, to leave comments on the publication, you must to register.