US consulates will resume issuing visas to Russians

December 4 2017
50
Tears of emotion should flow down the cheeks of the Russians after the statement of the US Ambassador to Russia John Huntsman. Apparently, it was precisely this effect that Huntsman hoped for when, in an interview with the Russian edition Kommersant said that from December 11, American consulates in the northern capital, in Vladivostok and Yekaterinburg are resuming the issuance of visas to Russian applicants.


According to Huntsman, the American consulates optimized their work after Russia’s expulsion of several hundred embassy staff and are now restoring their interrupted consular work. 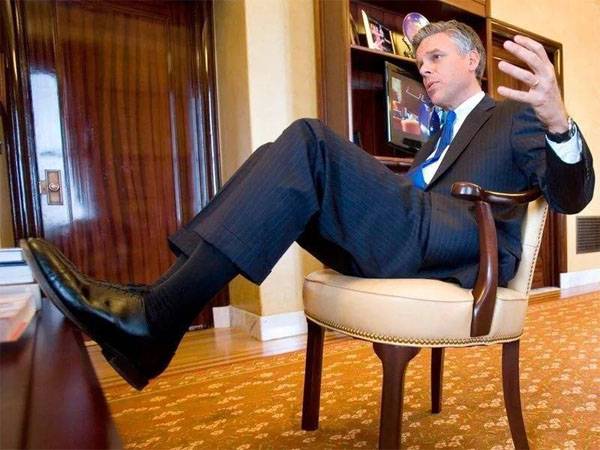 Recall that the American diplomatic missions in Vladivostok, Yekaterinburg and St. Petersburg have stopped issuing August 23 visas to Russians. During the week, visas were not issued at the US Embassy in Moscow either. Then Washington declared that it would take him time to redistribute the consular officers in connection with the expulsion of 455 American "diplomats" from Russia. At the same time, the United States refused to remember every time that the expulsion of American diplomatic officers was only a response to the actions of Washington during the Obama administration. In other words, the Russian reaction was more than half a year late. The argument of the authorities of the Russian Federation was as follows: Trump comes - relations get warmer. As can be seen, with the Thamp Thaw - problems that experts repeatedly warned during the inauguration of the next US President.