Another upgrade of the Su-33: Special computational subsystem

December 4 2017
47
Another batch of deck fighters Su-33 as part of the upgrade was equipped with a special computing subsystem SVP-24-33, reports press office Ministry of Defense of the Russian Federation. 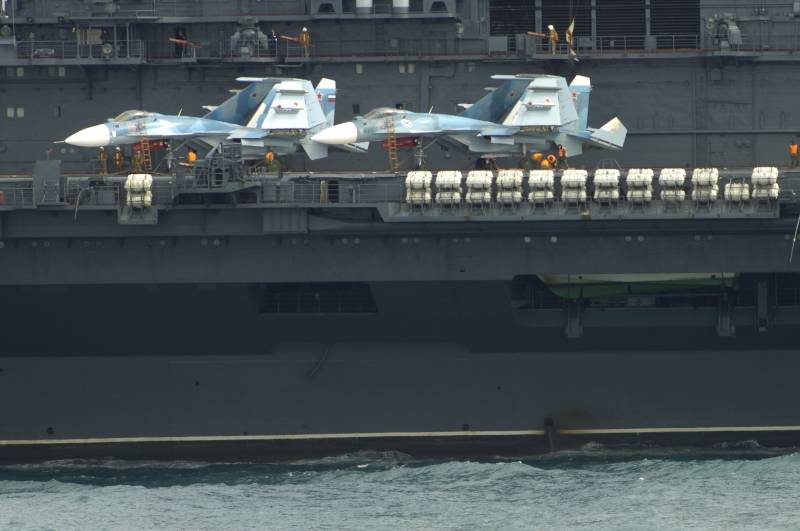 As a result of the modernization, “airplanes will be able to work with high efficiency not only in air, but also in ground and sea targets,
says release.

Su-33 is a fourth-generation Russian carrier-based fighter developed for the Russian Navy.

It is reported that he "is intended to destroy the enemy's air attack means independently and in cooperation with other forces and means of a naval aircraft carrier connection in solving air-defense and missile defense tasks."

According to the press service, in parallel, work continues to equip the SVP bomber Su-24M and Tu-22М3.

As specified in the department, the installation of equipment on the Su-24M aircraft is carried out directly in the flight units, and on the Tu-22М3 - at the manufacturing enterprise.