December 4 2017
19
South Korea sets up round-the-clock surveillance of the DPRK. As reported by the Yonhap news agency, the South Korean air force announced the creation of a new ISR intelligence unit (intelligence, surveillance and reconnaissance).

The main task of the ISR is to collect information and surveillance to counter the nuclear and missile threats of North Korea. We will make every effort to determine in advance the signs of preparation for the attack and other threats from the enemy, supporting the round-the-clock work of the unit
- said the commander of the ISR, Colonel Kang Yun Sok. 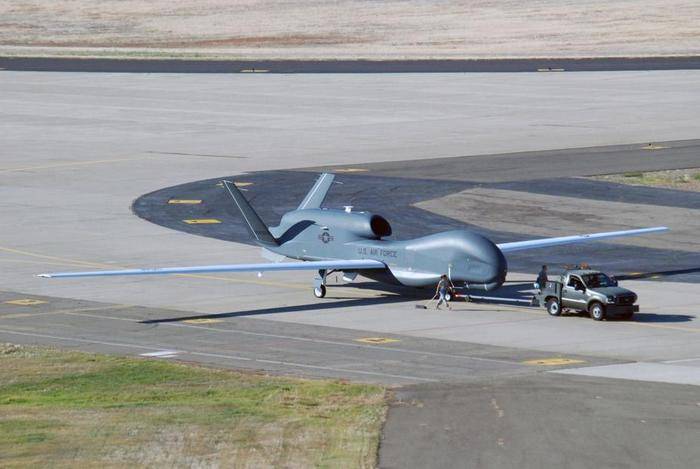 New aviation the wing was created on the basis of the 37th reconnaissance squadron. In addition to the available reconnaissance squadrons, the ISR is armed with the American drones RQ-4 Global Hawk. According to unofficial information, the first pair of these drones has already arrived in South Korea, another one will be delivered in 2019.

RQ-4 Global Hawk - American strategic reconnaissance UAV. The device can fly for up to 30 hours at altitudes up to 18 000. The drone was developed by the American company Teledyne Ryan Aeronautical (a subsidiary of the Northrop Grumman corporation) and made the first flight of the 28 in February 1998 of the year. The first Global Hawk unit was handed over to the US Navy in 2004, and began performing combat missions in March, 2006, reports "Warspot"