Not for Yoske hat: Israel interferes in the internal affairs of Syria

December 4 2017
46
The demonstration of power by Israel in the Golan Heights and the southwestern territories of Syria creates the threat of a new conflict in the Middle East that does not seem to care much about the leadership of the Jewish state. On the eve of the page in the “Facebook” of Israeli Prime Minister Benjamin Netanyahu was published a video statement made by a politician after an air strike by the Israeli Air Force on Syria. 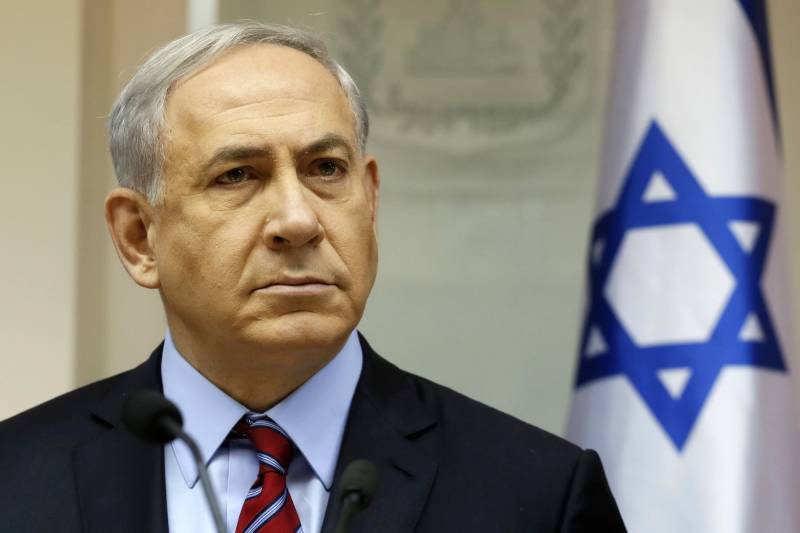 In his report, Netenyahu stresses that Tel Aviv does not intend to put up with the military presence of Iran in the Syrian Arab Republic (SAR). The Prime Minister said: "We will not allow this regime to gain a foothold militarily in Syria, to which he seems to be striving with the stated goal of eradicating our state."

Recall, on Saturday, the Syrian media reported on the launch of the IDF (Israeli Defense Forces) five ground-to-ground missiles at a base formed by Iran, located south of Damascus. It was reported that only three units of the five warheads reached the target - two missiles were intercepted by the Pantsir C1 air defense system of the SAR army. Later, there were reports that the attack killed 12 Iranian soldiers.

It should be noted that immediately after the attack on the Iranian ally, the Syrian troops organized a powerful offensive against the positions of terrorists near the Israeli border, defeating several key heights near the Beit Jeanne settlement. Apparently, the fighting near the Jewish state should be considered as evidence that Damascus no longer takes its neighbor seriously, and the IDF’s attempt to put pressure on Syria’s domestic policy did not bring the expected result.

Understanding the situation, the strengthening of Iran’s positions in Syria remains for Tel Aviv one of the pressing problems that the Israeli leadership is trying to resolve with the support of Western states. Given that the fight against terrorist groups in the Syrian Arab Republic is at a final stage, the question for the Israeli authorities is becoming more acute than ever.

By taking a direct part in the fight against terrorist groups, Tehran refuses to negotiate with participants who unofficially supported the pseudo-caliph movements during the conflict. Recall, the Jewish state has been repeatedly accused of buying cheap oil from militants and supplying illegal armed groups weapons and ammunition. Also during the war, local residents regularly witnessed the IDF medical units assisting injured radicals in the Golan Heights area. They do not create prerequisites for the Iranian-Israeli dialogue and ultimatum statements by the Israeli authorities, demanding the early withdrawal of the Islamic Revolution Guards Corps from the Syrian Republic.

Summarizing, after the ongoing conflict is finally settled, the ally of Syria finds itself free of arms, as a result, there is a high probability of forming units near the Israeli borders of well-trained Iranian and Syrian military personnel. In addition to what has been said, in addition to Damascus and Tehran, another active participant in the fight against terrorists in the face of the Lebanese militant group Hezbollah has claims against Tel Aviv.

It seems that the main reason why the Jewish player continues to exacerbate the situation by launching rocket-bomb diversions is the support of Tel Aviv from Washington. However, Damascus in this case has its ally, with whom it is unlikely that even the guarantor of world security will have the desire to enter into open conflict.

Ctrl Enter
Noticed oshЫbku Highlight text and press. Ctrl + Enter
We are
A great interview with Sergey Lavrov: about Ukraine, Obama and IranWhat you didn't want to know about England
Military Reviewin Yandex News
Military Reviewin Google News
46 comments
Information
Dear reader, to leave comments on the publication, you must to register.