Which crown you try on in Israel: American or North Korean?

December 4 2017
154
Interesting events take place in Syria. No, today it’s not about the defeat of the next followers of ISIL (banned in the Russian Federation), not about the return of refugees to their own homes in 4 during the war. Not even about militants who crawl like worms across neighboring countries with the help of "fighters against terrorism". There are plenty of such materials today. Yes, and war correspondents work in all the hot spots of Syria. 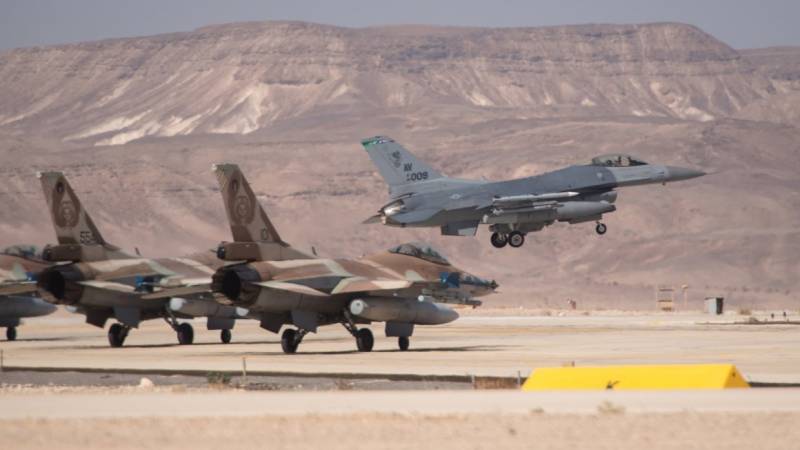 Today I want to consider another aspect of the problem. And it is connected with our "friends" Israelis. Probably, readers immediately have a reasonable question: why are "friends" in quotes? Relations between our countries are smooth. Neither Russia nor Israel spoke negatively about each other. Yes, and the people of Israel all these years, that there was a war, did not express the slightest desire to get involved in a fight.

This is about "its" war, which is leading Israel in Syria.

Until recently, all the attacks of the Israelis caused not so much disgust, as understanding. A people who is in constant tension from the neighborhood with not too adequate nationalist and religious groups, have the right to respond to any blow to their own territory and to their own citizens. And these answers should be tough enough to discourage the next fighters for something there.

However, in the course of their fight against terrorism, the Israelis believed in their uniqueness.

To illustrate this thesis, we present one statement:

“Now that the IG has been crushed, we see the following picture. Iran’s coming Islamic State is replacing Iran. Iran represents another brand of barbarous Islamist ideology. This is Islamic extremism that threatens both Muslims and representatives of other religions.”

This is not said political scientist or expert. This is a statement by Israeli Prime Minister Benjamin Netanyahu. A statement that leads to strange thoughts. If Israel is seriously concerned about the fight against terrorism around the world, then why did the Israelis not participate in the defeat of the "Islamic State"?

It is not entirely clear what and when Israel defeated ISIS.

If Israel is so concerned about its own security and peace on the border with the Arab states, then why is it directly threatening these states?

With all due respect to the armed forces of Israel, the neighbors whom he threatens have also learned something and have quite modern weapon to fight the Israeli army. Do not understand this in Tel Aviv can not. What is the reason for the statement of the Prime Minister of Israel?

On the one hand, it is clear that the strengthening of Iran and Syria really causes concern among the Israelis. Accustomed to impunity, they first encountered the possibility of a response.

An example is the latest rocket attack on Syrian territory. Everything is done, to be honest and straightforward, it’s a mess. From a foreign territory, without a declaration of war, on the territory of a sovereign state ...

Moreover, and this is probably the most important thing, it was not done in response to the shelling. Just so decided the leadership of the country and the army.

And then something incomprehensible for Tel Aviv happened. The rockets began to shoot down. Not all yet. But shoot down. The signal is clear enough for Israel. And it will be absolutely not surprising if the next time the Syrians do not just intercept missiles over their territory, they send missiles back. But their own. And on the territory of Israel.

And what, all according to Israeli canons: respond to aggression, no matter what. You can beat on any bases, if the Israeli intelligence says that this is a terrorist base. And why this rule can not be adopted by the neighbors?

"The air defenses have repelled them and destroyed two targets. The attacked positions suffered material damage. This is a blatant attack."

This, by the way, is the official statement of the Syrian leadership. And we doubt that someone will challenge him. And now let's imagine what will happen to Israel if Syria and Iran respond. But not mirror, but in full. It is clear that all these famous missile defense and air defense systems, which cover Israel today, will “catch” most of the missiles. It is the majority! And those that fly by? Yes on the territory with a high population density?

Today, Israeli diplomacy is trying by hook or by crook to create a kind of coalition against Damascus and Tehran. About this, in particular, said Israeli Defense Minister Avigdor Lieberman:

"The Arab countries are not ready for open interaction with Israel, fearing the discontent of their own public more than the threat from Iran."

However, as can be seen from this quote, there is no success in this direction yet. In the Arab world, discontent with Tel Aviv permissiveness is growing. Governments are really afraid of an alliance with the Israelis under the threat of a revolution or a coup d'état.

But it seems to be understandable. Permissiveness is an unpleasant thing. When missiles fly in response to shots from Syria, everything is more or less clear. And the approach of Israel is quite possible to take. Your territory is your problem. Understand with those who kolobrodit there, or we figure it out.

But rocket launches from Israeli aircraft that were in Lebanese airspace are less well understood. Trusov it looks like, to be honest.

And the reason for the shelling as if he still. There is no evidence that those where the missiles were flying were those for whom they were intended. Familiar handwriting - "we decided, we hit."

Even, excuse me, the tube with the green liquid was not waved.

The main ally of the Jewish state, from whose actions all this is copied, today, to put it mildly, is losing credibility in the Arab world. Americans may slowly, but crawl away from this region. And again the question arises: why go for direct confrontation? Why risk a new Arab-Israeli war?

The answer, in our opinion, lies in another recent quotation from the Israeli prime minister:

"We will not allow the Iranian regime, obsessed with the destruction of the Jewish state, to acquire nuclear weapons. We will not allow this regime to gain a foothold militarily in Syria, to which it seems to be striving with the stated goal of eradicating our state."

Old song? Maybe. Especially in light of all the statements of Iran to cease development of nuclear weapons. No associations arise? In particular, with the USA or North Korea? Does Netanyuhu want to take Kim Jong-un's place in the region? What is the difference of action? The same blackmail as that of the DPRK, the same implementation of “hotchunks” as in the USA.

The only difference is that the United States has a cudgel, and North Korea has a cudgel. But there is a difference: the North Korean president is demonstrating it, emphasizing that in the event of aggression, he will share both the southern neighbor and Japan. Keyword: in case of aggression.

It's harder with Israel. Either they have nuclear weapons, or there is none ... Yes, it is clear that there is. "Tilke Trocs and for myself." There are no doubts, there are enough smart and intelligent people in Israel.

The question is: if Syria and Iran start not only to shoot down Israeli rockets, but also give an otvetka according to the Israeli example, what's next?

Whatever happens next, the position of Israel raises serious questions for everyone around them. The right to appoint enemies, the right to kill citizens of other states on the territory of these states, the right to determine who is right and who is wrong, the right to be right ...

And why on earth? Who gave this right to Israel? Who defined Tel Aviv as the center of the world? No, it is clear that, following the example of the United States, they themselves wanted and appointed. But it looks ugly.

Exactly ugly looks and the appointment of Iran to the role of the enemy, which urgently needs to zapinivat in a corner, so that he did not get up on his hind legs.

Undoubtedly, the words of President Ahmadinejad and the generals of the IRGC, transparently hinting that according to all their notions Israel should be wiped off the face of the earth, had to be. But words are words, and rockets are rockets.

Somewhat vague situation. It is clear that it is unlikely to lead to another big regional war, but nevertheless. The path will first end the war with ISIS for a start. And then you can think about who will be the sheriff in the region.

The haste with which the sheriff's star tries to try on Israel, makes you wonder. As well as ways to implement this project.

Ctrl Enter
Noticed oshЫbku Highlight text and press. Ctrl + Enter
We are
Results of the week. "Everything! Kina will not be! Electricity is over! ”Results of the week. "In the queue, sons of bitches, in the queue!"
154 comments
Information
Dear reader, to leave comments on the publication, you must to register.