In Kiev, Saakashvili's supporters hold a "march for impeachment"

December 3 2017
49
More than a thousand supporters of the former president of Georgia and the leader of the Movement of New Forces party (Rukh of new forces) Mikhail Saakashvili are holding a march for impeachment in the center of Kiev today, the correspondent reports. TASS from the scene. 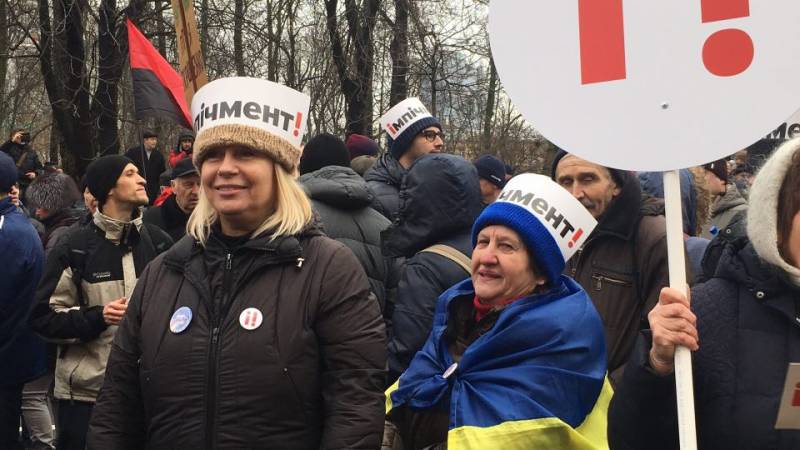 The participants of the action gathered in the park named after Taras Shevchenko around 13: 00, then the organized column moved towards the European Square of Kiev.

“Currently, the convoy is walking along the carriageway of Taras Shevchenko Boulevard, which was blocked in advance by the police. Saakashvili heads the column, ”the report says. 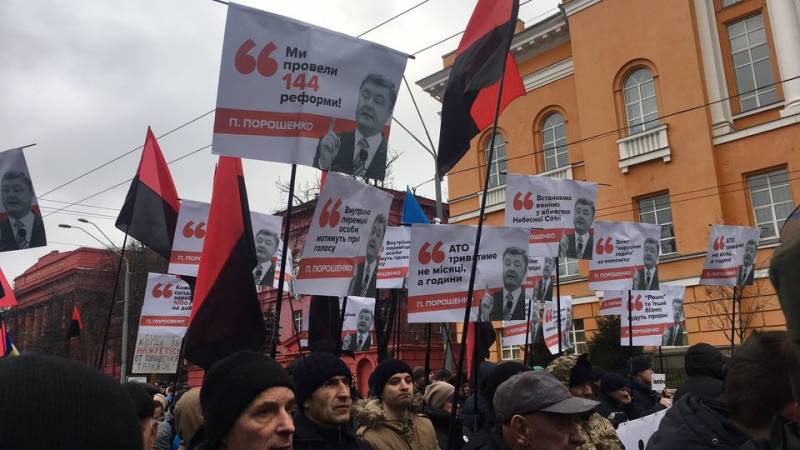 The demonstrators chant the slogans "Impeachment", "No corruption, no Poroshenko", "Kiev - get up", "Gang away, away baryg", "Together we have many, we can not overcome", "Impeachment instead of revolution."

In the morning, the police increased the security of the central streets of the capital, the number of patrols increased markedly.

Saakashvili earlier addressed the citizens and representatives of some political forces to support the march. According to him, this is “perhaps the only chance in a peaceful, legal way to stop Ukraine’s slipping into a dictatorship and a new Ruin”. 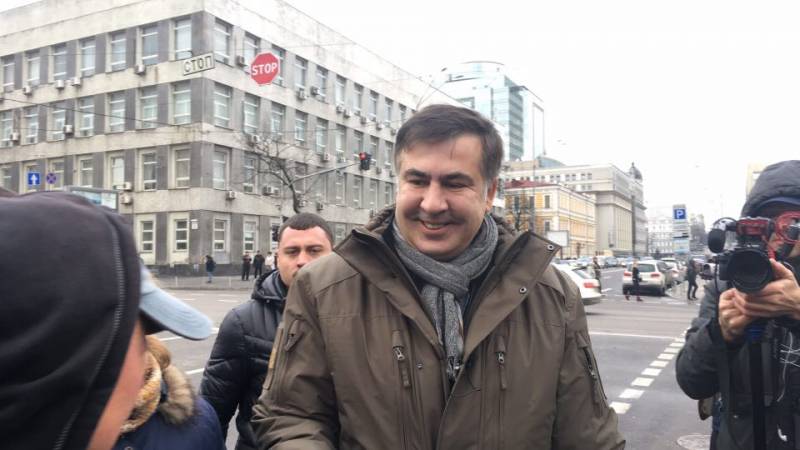 The disgraced politician said that the current government "did not punish anyone for crimes against Maidan, pursues political opponents, massively violates human rights, robs the army every day, drives pensioners into poverty, deprives young people of decent future."