Devoted to the interests: what protects Erdogan in Syria 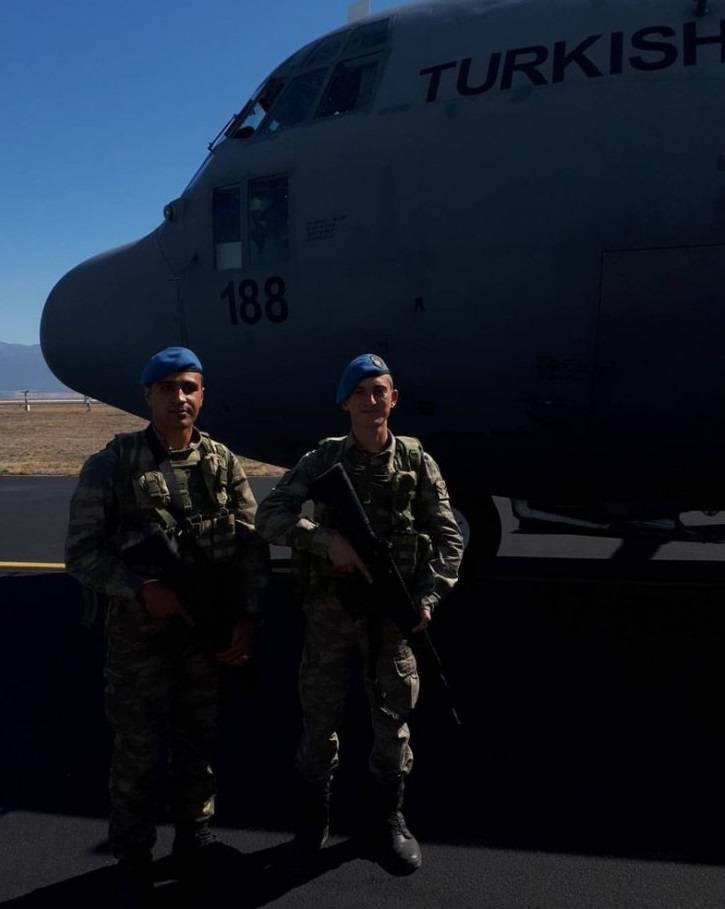 Almost two and a half months have passed since the moment when representatives from Russia, Turkey and Iran announced the creation of de-escalation zones in Syria in Astana. What has the cease-fire mechanism turned into today and is it contributing to the restoration of a peaceful life?


Territorially, de-escalation zones are located in the province of Idlib and adjacent areas of Latakia, Hama and Aleppo (more than a million Syrians live), in the north of the Governorate of Homs between the settlements of Kusaif-Deir and Salamia (about two hundred thousand inhabitants) in the suburbs of Damascus East Guta (before XNUM) thousand civilians), as well as in the southern part of the Arab Republic in the provinces of Dara'a and Quneitra (about 700 thousand inhabitants).

In total, up to three million Syrians live in special zones, for whom the need to recreate the world is not an empty phrase.

The mechanism itself of maintaining the ceasefire and restoring peaceful life is set forth in detail in the relevant Memorandum - a document also adopted by Moscow, Ankara and Tehran following meetings in the Kazakh capital 4 of May. In addition, the text of the Memorandum was also agreed upon by representatives of various armed groups directly located in these areas. However, the agreements reached during the difficult negotiations are not respected everywhere. 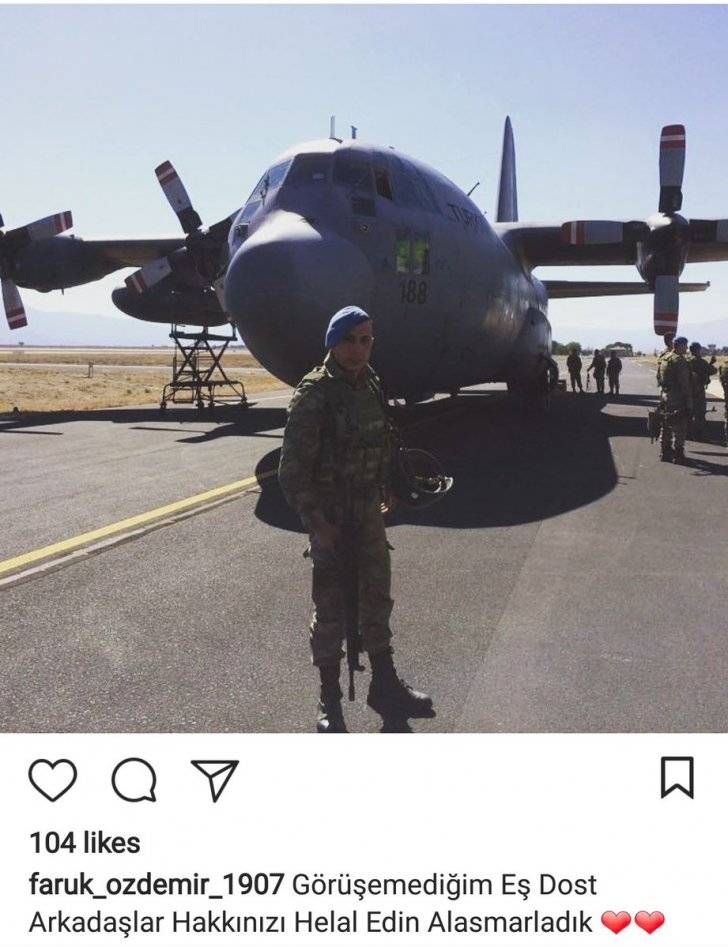 The Idlib de-escalation zone, numbered 1, was from the very beginning a problematic region: it took quite a long time to create it. The province of Idlib and now poses a threat to the security of the Syrian residents, as it represents, the very nest of terrorists. According to some reports, there are concentrated about 70 thousands of militants from various groups. The main role in resolving this problem was assigned (and assigned) primarily to the Turkish partners, as reported by the President of the Turkish Republic, Recep Erdogan, in September in an interview with the British "Reuters":

"The agreement on the de-escalation zone was a promising idea, under which the Russians provide security outside Idlib and Turkey will do it inside the province."

According to this statement, as well as in accordance with the Memorandum, the Turkish army should ensure control over the observance of the cessation of hostilities regime, preventing dangerous precedents between the conflicting parties. To this end, so-called security lanes were created, involving the creation of observation posts and roadblocks for the safe movement of civilians and humanitarian convoys. In other words, being in the territory of the Syrian state, all the guarantor countries, including Turkey, have signed up to prevent the spread of terrorism both in the de-escalation zone and beyond.

Unfortunately, Turkey interpreted the fight against terrorism in its own way. For example, Ankara followed the slogans voiced by the whole world only as long as they corresponded to its external course. As a rule, in the future public promises were sacrificed to Erdogan's interests.

The fact that Turkey is ready to launch a military operation in the north of Syria, the Turkish leader spoke back in June, and the secret mobilization in the republic was announced almost at the beginning of 2016. It is assumed that in a year and a half, the Syrian landmarks of Ankara have not changed fundamentally. Contrary to the agreements reached earlier, the ultimate goal of Turkey continues to be not so much the terrorist fighters as the allied US Kurdish formations. 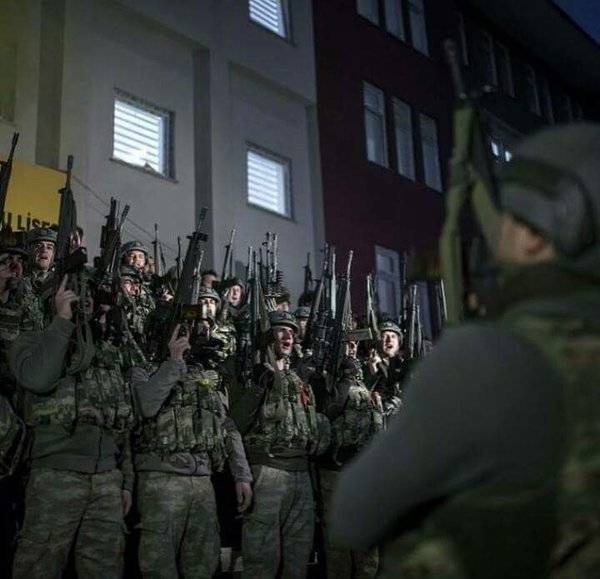 In this regard, the Turkish media today declare their readiness for military expansion in northwestern Syria. According to the Yeni Safak newspaper, approximately 20-25 thousand Turkish bayonets are concentrated on the border with the province of Idlib from Turkey tank and mechanized divisions, military police and other special forces. It is expected that Turkish forces, together with the armed opposition, are planning to move west in the near future and take control of the city of Tel Rifat, which was recaptured by Kurdish armed forces from the Jebhat al-Nusra terrorist organization in early 2016. The capture of this settlement by the Turks will create a corridor from the Euphrates Shield zone with the Idlibian de-escalation region and cut off the Kurdish canton from the rest of Syria.

Taking into account the September agreements in Astana, this undertaking takes on a special meaning, since after Idlib, the road opened for Ankara to other settlements outside the de-escalation zone. This openly declare local publications.

Under conditions of increased risk of Turkish invasion of Kurdish canton in social networks, the campaign using the hashtag #TurkeyhandsoffAfrin has intensified. Kurdish media activists are thus calling on the international community to influence Erdogan’s one-sided position. But does anyone really care? Obviously, Ankara, accusing Washington of its illegal military presence in Syria, complicity with terrorist elements for its own benefit, shamelessly applies the same principle as their allies within the North Atlantic bloc or the international coalition.

In October, the Minister of Defense of the Republic Nurettin Janikli said in an interview with the local television channel Nergis TV:

“We have to stay there until Syria is threatened by Turkey. There is the Syrian Free Army, which operates with us. That is, the Syrians. They themselves protect their land, and we give them support. ”

This phrase (painfully similar to Washington’s excuses when it comes to the US military presence in Syria) is the true essence of the policy pursued by the Turks, where the solution of their own issues comes first. As part of any alliances. After all, Ankara ties are not limited to SSA deserters. These are harmless pranks compared to flirting Turkish special forces with Nusra's militants - the al-Qaida Syrian offshoot (the activities of both organizations are banned in Russia). In the Arab media, the leaders of a terrorist organization have repeatedly pointedly stated that they were cooperating with the Turkish side, providing them not only with weapons, but also advisers and trainers from abroad.

Perhaps Ankara’s many-sided ties could have affected the situation in Idlib province in favor of Damascus, but the theses voiced by officials about the adherence to the territorial integrity of Syria are far from reality. This is evidenced by the operation “Euphrates Shield”, as a result of which the border area with a total area of ​​3 thousand square meters was under the control of Erdogan and his Syrian allies. kilometers with the cities of Jarablus and El-Bab.

Returning it to official Damascus is clearly not part of the plans of the Turkish government. Not for this purpose, new government bodies are being created in the controlled areas, at the head of which are Ankara's proteges today.