December 3 2017
39
Russian parliamentarian Alexei Pushkov commented on the statement by US Ambassador to the Russian Federation John Huntsman about the conditions for lifting the sanctions on Moscow, recalling the American invasion of Iraq, the bombing of Libya, and the division of Yugoslavia, reports RIA News. 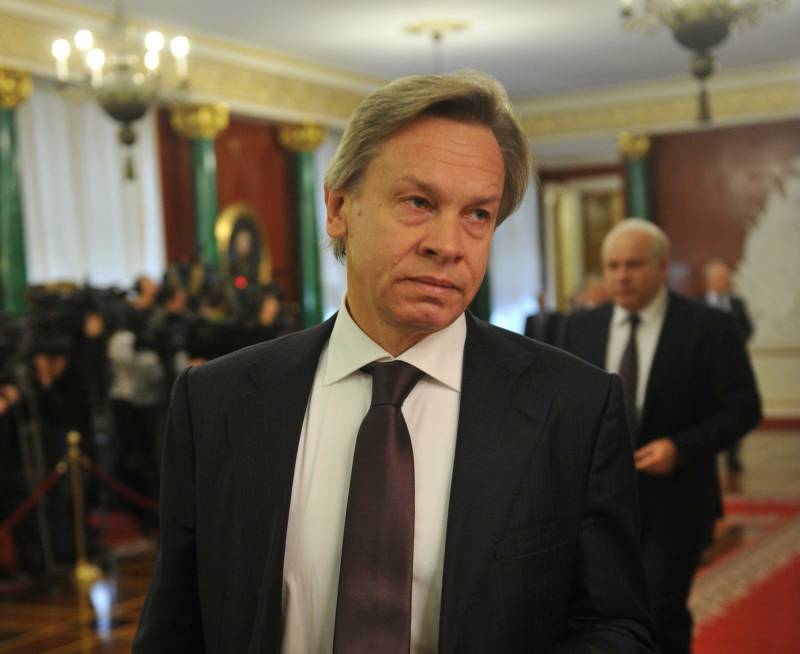 We learned from Ambassador Huntsman - for the United States important issues of international law and territorial integrity. This is apparently a new trend: with Kosovo, Iraq, Libya was different,
wrote a Russian senator on Twitter.

Earlier, the US ambassador to Moscow, Huntsman, said that the lifting of sanctions on Russia is possible only after "resolving the issue with Ukraine." At the same time, he explained that Washington intervened in the Ukrainian conflict, since “issues of international law and territorial integrity” are important for him.

The first deputy chairman of the Foreign Affairs Committee of the Federation Council, Vladimir Dzhabarov, in turn, called Huntsman’s statement unconstructive, recalling that Russia is not a party to the internal Ukrainian conflict.