In China, the exercises started Rosgvardii and People's Armed Police of China

December 2 2017
45
Joint anti-terrorism tactical-special exercises "Cooperation-2017" between the combined group of special forces of the Rosguard and Chinese operatives from the People's Armed Police of China started on Saturday in the city of Yinchuan Ningxia-Hui Autonomous Region in the north of the country, the department for media relations said and civil society institutions Rosgvardii.


The exercises will be held from 2 to 13 December, from the Russian side, military personnel from the Vityaz Special Purpose Center and RYBR RYBR personnel will take part in testing special operations with Chinese operatives from the Desert Foxes assault force. For the National Guard troops this is the first such event held in the territory of a foreign state. Exercises will be worked out in the desert and in the mountains. 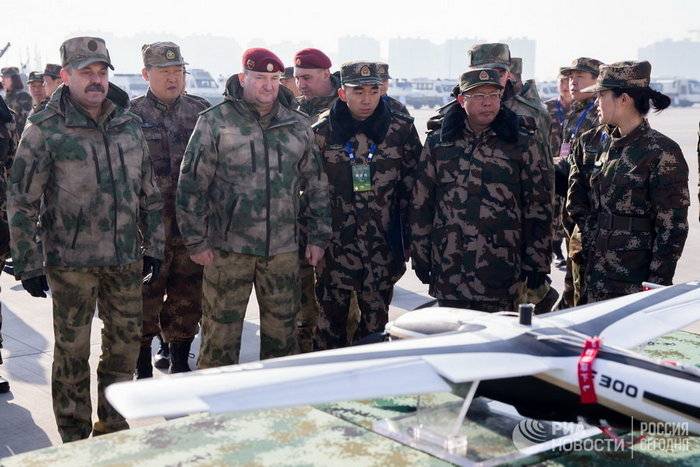 The exercise will last two weeks and will consist of two parts, for the entire period of the TSU, the participants will be united into a single training squad, consisting of four mixed, special-purpose groups on a parity basis. As noted in the Rosguards, "this order of communication will help establish contact and understanding between the participants of the training."

Russian and Chinese commandos will perform training tasks using weapons, military equipment and communications of the People’s Armed Police of China. At certain stages will be applied aviation and armored vehicles.

In the period from 3 to December 8, special forces will take part in tactical, special, fire, high-altitude and physical training at the facilities of the military unit of the People’s Armed Police of China. And from 9 to 12 in December, members of the TSU will conduct special training operations to search for and eliminate subversive groups in the highlands.

The anti-terrorist special tactical exercises will end on December 13 with an ostentatious occupation with the use of aviation, military and special equipment. Also, December 13 will be held the closing ceremony, which will be attended by First Deputy Director of the Russian Guard, Colonel-General Sergei Melikov and Commander-in-Chief of the People’s Armed Police of China, Colonel-General Wang Ning, reports RIA News

Ctrl Enter
Noticed a mistake Highlight text and press. Ctrl + Enter
We are
Rosguard. Some thoughts after reading a good reportage
45 comments
Information
Dear reader, to leave comments on the publication, you must to register.