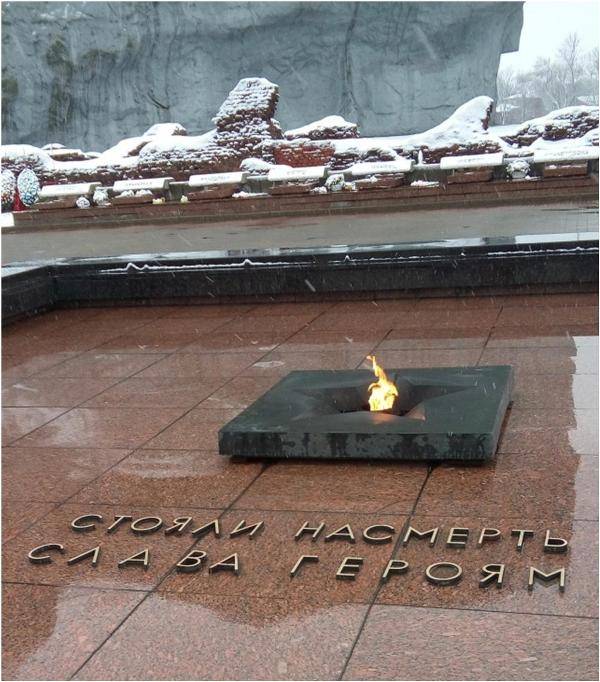 Russians have such qualities that even foreigners never question. They were formed by centuries, defensive battles and heroism of soldiers on the fields of fierce battles. History created from the Russian person a clear, full-fledged and realistic image of a dangerous enemy, an image that cannot be destroyed.

The stunning military success of Russia in the past must be secured by its armed forces in the present. Therefore, for more than ten years, our country has been actively increasing, modernizing and improving its defensive power.

Of course, our country was defeated. But even then, for example, during the period of the Russian-Japanese war, the enemy always noted the excellent qualities and absolute heroism of the majority of Russian troops.

The Twentieth Corps on the margins of the First World War managed in an inconceivable manner to keep the offensive immediately 2-x German armies. Thanks to the persistence, perseverance and succession of domestic victories, the Germans failed to fulfill their plan to surround the "Eastern" front. The entire strategic "Blitzkrieg" 1915 of the year ended for them with nothing.

S. Steiner, an eyewitness to the death of the twentieth corps of the Russian army in the August forests, in the German newspaper “Lokal Antsiger” literally wrote the following: «The Russian soldier withstands losses and holds even when death is distinct and inevitable for him.».

More than once the German officer Geino von Basedow, who was in Russia in 1911, said: «Russians, by their nature, are not belligerent, but, on the contrary, quite peaceful ...».

But after only a few years, he already agreed with the war correspondent Brandt, who often and firmly stated: «Russia's peacefulness concerns only peaceful days and friendly surroundings. When a country encounters an attacking aggressor, you will not recognize any of these “peaceful” people.».

Later, R. Brandt describes the sequence of events as follows:

“Attempting to break through for the 10 Army was a form of“ madness ”! The soldiers and officers of the 20th corps, having shot almost all the ammunition, February 15 did not retreat, but went to the last bayonet attack after being shot by German artillery and machine guns from our side. More than 7 thousands of people died that day, but is this crazy? Holy "madness" - already heroism. It showed the Russian soldier the way we know him from the time of Skobelev, the assault on Pleven, the battles in the Caucasus, and the assault on Warsaw! A Russian soldier is able to fight extremely well, he suffers any hardships and is able to be persistent, even if he is inevitably threatened with certain death! ”
F. Engels in his fundamental work “Can Europe Disarm”, in turn, notes in detail:

«The Russian soldier is no doubt distinguished by great courage.... the entire social life taught him to see in solidarity the only means of salvation ... There is no way to disperse the Russian battalions, forget about it: the more dangerous the enemy, the stronger the soldiers hold on to each other "...

We often talk about the aces of the Great Patriotic War, but over thirty years before, in 1915 year, a military columnist for the Austrian newspaper “Pester Loyd” has already quite specifically stated:

«It would be ridiculous to speak disrespectfully about Russian pilots.. Of course, the Russians are more dangerous enemies than the French and are much more cold-blooded. In the attacks of them, perhaps, there is no planning of the French, but in the air they are unshakable and can suffer great losses without panic and unnecessary fuss. Russian pilot is and remains a terrible opponent».

All this has survived to our days.

“Why did we experience such problems advancing the Eastern Front?”, The German military historian General von Pozek once again asked? “Because the Russian cavalry was always great. She never shied away from combat on horseback and on foot. Often went on the attack on our machine guns and artillery, and did it even when their attack was doomed to certain death. The Russians paid no attention to the strength of our fire, nor to their losses. They fought for every inch of land. And if this is not the answer to your question, then what more? "

The descendants of German soldiers, who had fought in the Second World War, were fully convinced of the loyalty of the precepts of their ancestors:

«He who fought against the Russians during the Great War- wrote the major of the German army Kurt Hesse, - forever retain in his heart a deep respect for this opponent. Without large technical means, which we had at our disposal, only weakly supported by our own artillery, they had to withstand unequal rivalry with us for weeks and months. Bleeding, they still courageously fought. Kept the flank and heroically performed their duty».

Often, liberals and representatives of the Russian "opposition" make fun of the grand victory of the entire Soviet people. They see it as ridiculous that horse Russians in World War II would rush at machine guns and long-range shots of an armed enemy. "It makes no sense," they argued and proved. But what German contemporaries themselves thought about it:

"341 Infantry Regiment. We stood in position, taking up positions and preparing for defense. Suddenly, a group of unknown horses became noticeable due to the folwark. As if there were no riders at all ... Two, four, eight ... More and more ... There I remembered East Prussia, where I had to deal with Russian Cossacks more than once ... I understood everything and shouted:

“Shoot! Cossacks! Cossacks! Horse attack! ”... And at the same time he himself heard from the side:

"They hang on the side of the horses!" The fire! Hold on at all costs! Who could only hold a rifle without waiting for the command, opened fire. Who is standing, who is from the knee, who is lying down. Even the wounded fired ... They opened fire and machine guns, showering attacking hail of bullets ...

Everywhere - hellish noise, nothing should have remained from the attackers ... And suddenly, to the right and to the left, the horsemen in the previously closed ranks incredibly “dissolved” and seemed to crumble. Everything looked like a loose sheaf. They sped on us. In the first line of the Cossacks, hanging on the side of the horses, holding them as if with their teeth ... You could already see their Sarmatian faces and the edge of the terrible peak.

The horror took hold of us more than ever; hair literally stood on end. The despair that swept over us prompted only one thing: shoot! .. Shoot to the last opportunity and sell your lives as expensive as possible!

In vain did the officers command “lie down!” The close proximity of the formidable danger made everyone who could jump to their feet and get ready for the last battle ... Second ... And a few steps away from me, the Cossack punches my comrade with a pike; I personally saw how a Russian on horseback, struck by several bullets, stubbornly galloped and dragged him until he fell dead from his own horse! ”

This is how the "uselessness" of attacks and the "unnecessary heroism" preached by our liberals were evaluated by German contemporaries who saw him live. In the same way, they saw the absurd myth "of the peaceful surrender of the blockade of Stalingrad" ...

Even enemies, as it turns out, know the truth, unlike our internal "friends." The truth is that:

“A Russian soldier always keeps to the last. Even when death, it would seem inevitable for him ... "