December 2 2017
423
Syrian air defenses have repelled a rocket attack by Israel on one of the military positions near Damascus, as a result of the incident there is material damage, the Syrian state television channel Al-Ikhbariya reported.

The Israeli enemy in 0.30 today launched several ground-to-surface missiles in the direction of one of the military positions in the suburbs of Damascus, the air defenses repelled them and destroyed two targets 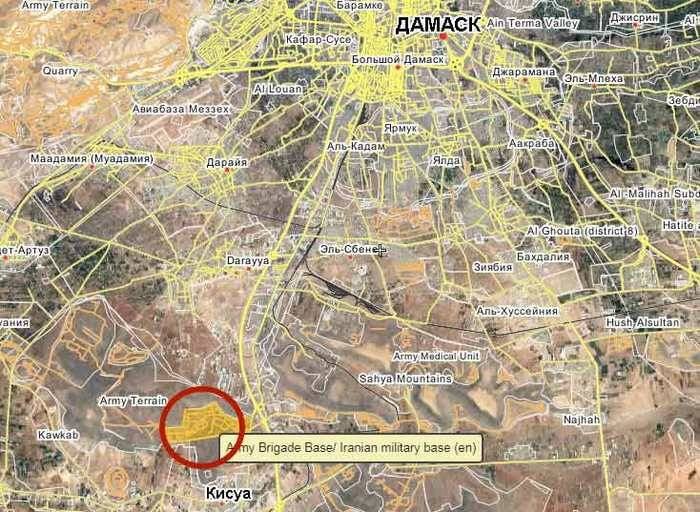 State media called the incident "blatant attack" and noted that as a result of it caused "material damage to the position."

According to a local source, the incident occurred south of Damascus. According to preliminary information, a blow was inflicted on the Iranian military base. Most Syrian sources agree that the Israeli strike aviation, strikes were made either from Lebanese airspace over the Bekaa Valley, or from the Syrian-Lebanese border region. One missile flew from the first missile salvo to the base (according to various sources, 4 to 6 were fired). The rest were shot down by Syrian missiles launched from the Mezze base in Damascus. Another missile salvo was fired around 01:10. At least one missile was intercepted from it by Syrian air defense. How many flew to the target is unknown.

The IDF command has not yet commented on the night raid.
Ctrl Enter
Noticed oshЫbku Highlight text and press. Ctrl + Enter
We are
Reports from the militia of New Russia for 27-28 September 2014 of the year
Military Reviewin Yandex News
Military Reviewin Google News
423 comments
Information
Dear reader, to leave comments on the publication, you must to register.