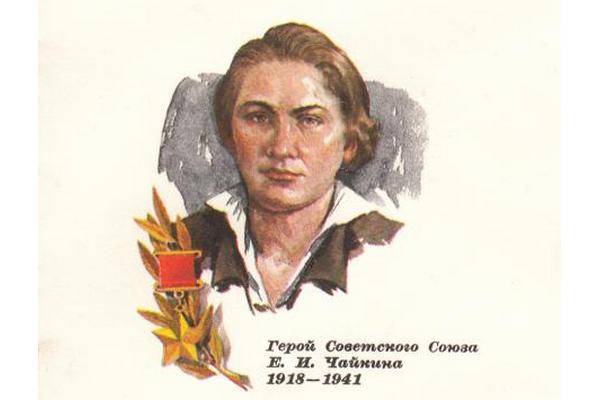 23 November 1941, the Nazis shot the Komsomol Elizabeth Chaikin. The girl was subjected to cruel torture, but did not give out the location of the partisan detachment

A native of a small and deaf village of Runa, in the province of Tver, Liza Chaikina was an energetic and purposeful child from birth.

As a member of the pioneer organization, she helped socially unprotected fellow villagers, and defended their rights in the village council. After joining the Komsomol, as having gained confidence, she was first elected secretary of the Komsomol cell in her native village, and later secretary of the Penovsky district committee of the Komsomol. Her activity was noted by the local newspaper Leninsky Drummer:

“Who in the Zalessky district does not know Liza Chaikin, this cheerful fighting girl? Know all the farmers, from children to the elderly. Know and respect her. Every day she is in collective farms. He reads newspapers, then he conducts conversations with collective farmers. ”

When the Great Patriotic War began, and the fascists invaded the Kalinin region, Lisa headed the underground youth organization. Guys and girls, along with adults, joined the partisan movement and fought with the enemy. The main organizers of the underground cells were the Communists, they selected personnel, formed detachments, resolved issues of armaments, and established turnout. Liza Chaikina was assigned to create a detachment of liaisons to work in the occupied territories of the region, and 15 people entered it.

During assignments, it was often necessary to use weapon, during his first combat mission, when laying mines to the bridge, the detachment had to engage in battle with the Nazis. The task was successfully completed, a group of fascists was destroyed, and the German train with weapons was derailed. 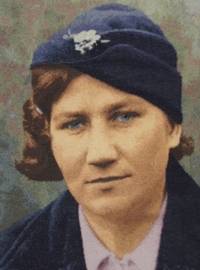 Lisa Chaikina, coordinating the work of the underground organization, made her way from village to village to give a task, to meet with the population, to tell the Russian people about the situation in the country and at the front. Leningrad, blockaded, held troops on Red Square 7 November parade went to the front, the whole country rose to fight with the enemy, and residents of small villages caught in the occupation, news this kind was extremely necessary.

The courage of the girl who had to wade through the woods at night, going from village to village, amazed adult partisans.

One such transition turned out to be the last for Liza, on the farm "Red Rush", that near her native village, she was captured by the Germans, she was recognized by the local elder, two traitors confirmed the identity of Chaikina. The Germans subjected the partisan to harsh torture, trying to find out information about the location of the partisan detachment, but the girl did not betray her comrades. 23 November 1941, Liza Chaikin was shot. She was just 24 year.

For courage and heroism against the German invaders, shown in the rear of the enemy, Elizaveta Ivanovna Chaykina was posthumously awarded the title Hero of the Soviet Union and awarded the Order of Lenin and the Gold Star medal.

Ctrl Enter
Noticed oshЫbku Highlight text and press. Ctrl + Enter
We are
Flight of the Seagull (about Lisa Chaikina)Creek seagulls over the Volga
Military Reviewin Yandex News
Military Reviewin Google News
15 comments
Information
Dear reader, to leave comments on the publication, you must sign in.