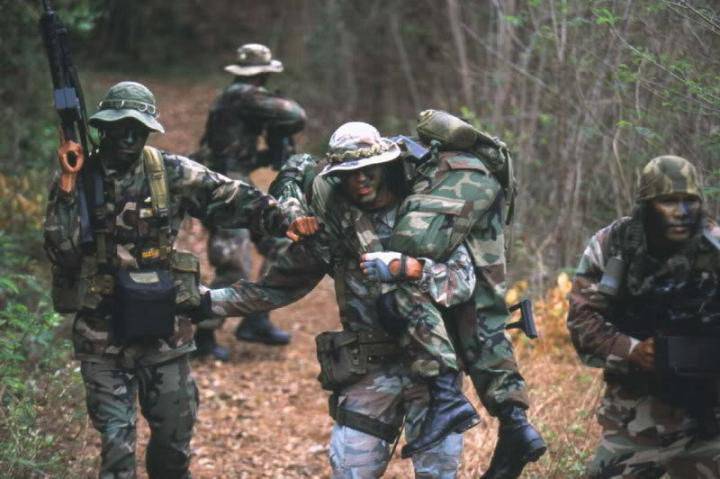 Thailand has very large, albeit very archaic armed forces, which are formally focused on waging both classical and counterguerrilla war.

For a long time, the country was considered a key American ally in the region. It was from Thailand that the USAF raided Vietnam in 1964 – 1973. However, today China has a significant impact on Bangkok.

Weapon Thailand acquires in many countries, its own military-industrial complex is poorly developed. The country is lagging behind the majority of ASEAN neighbors in terms of army rearmament.

The Thai Navy is the only among the ASEAN countries that have an aircraft carrier. This is the "Chakri Narubet" of Spanish construction. But due to the exhaustion of the resource "Harrier" ship is used only as a helicopter carrier.

Thailand is engaged in territorial disputes with two neighboring countries that are also members of ASEAN: Laos and Cambodia. There have been border incidents. With Laos in 1987, there was even a short war. The Thai Armed Forces are stronger than the armies of Laos and Cambodia combined, but behind these countries is Vietnam (the “Hanoi's Ark”), whose forces are superior to the Thai in all respects. In addition, lately, Beijing has influenced Vientiane and Phnom Penh, who, as has been said, is a close ally of Bangkok. The likelihood of border conflicts in a big war is minimal. Thailand’s other potential opponents are not currently visible. As an ally of both Washington and Beijing, Bangkok largely compensates for the archaic nature of its army. Perhaps, hence the slowness of its rearmament.