In India, announced a project to create a six nuclear submarines

December 1 2017
63
The commander-in-chief of the naval forces of India, Admiral Sunil Lanba, made a statement in which he announced the launch of a large-scale project to create six atomic submarines. During the annual press conference, the commander of the Indian Navy said that the project had already been launched, but declined to talk about the details.


Sunil Lanba said that the details of the project are secret. 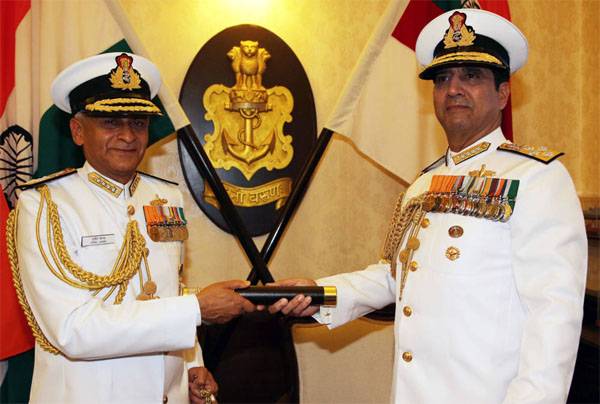 RIA News cites the statement of the Indian admiral:
We are all well aware of the current security situation in our maritime space. The continued presence of both traditional and atypical threats requires close attention and reliable mitigating measures.

To date, six diesel-electric submarines in French shipyards are being built for submarine forces of the Indian Navy. This is a Scorpene class diesel electric submarine. To date, two such submarines have been launched. These are S50 Kalvari and S51 Khanderi. One of them - S50 Kalvari completed and transferred to the Navy of the country. According to the latest data, S51 Khanderi will be commissioned by the Indian Navy submarine forces in the near future.