US military needs drones that flap their wings more actively

April 4 2012
13
The Nano Air Vehicle program has entered the third phase, which provides for detailed studies of new flight types for drones in the 2013 year. In particular, the “flapping wing” will be explored. In other words, the military needs UAV-ornithopters who mimic like birds.


Army needs UAVs that are not just like birds, they need to be able to fly as quietly and as maneuverable as real birds, that is, ornithopters. Can engineers solve technical difficulties? 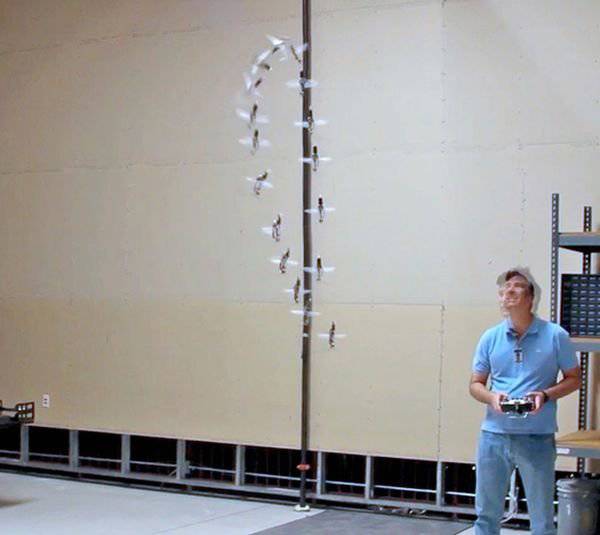 Zhukovsky also claimed that, by definition, a flapping wing is by definition a much greater lift than a fixed one. But he also added that calculating its aerodynamics is much more difficult. But for small UAVs, the transition to this principle is inevitable. In order to hover in the air and then continue to move forward, aircrafts equipped with helicopter screws are now used. And their fuel efficiency is much worse than that of the aircraft, not to mention the ornithopters. Like all energy-efficient processes, flying such drones will be accompanied by a rather loud sound, which means that they are not suitable for unobtrusive army intelligence.

And one of the important obstacles for ornithopters is the high rigidity of the wing with a relatively small mass, which, in principle, is not a problem for micro-UAVs due to its small size and low enough requirements for rigidity. That is how the development of "Hummingbird" from the company Aerovironment. Hummingbirds in the name is not just - diving, this small bird can fly up to 400 length of its body in a second. It can fly back without turning, and has the highest speed of air braking, both among natural and artificial flyers. In Hummingbird, the weight and wingspan will be 19 and 16.5, respectively. The weight includes the weight of all flight systems, as well as an optional fairing similar to the hummingbird body, which should give the device similarity to the bird of the same name. Naturally, the average hummingbird is somewhat smaller, but everything is dictated by lithium-ion batteries, which are not found in nature, which makes it necessary to make the drone heavier.

The aircraft can quickly accelerate and stop, as well as fly backward without turning the body. At the same time he broadcasts video using the built-in camera. Moreover, the drone can hang for two minutes with a side wind 2.1 m / s, practically without demolition. It can fly through doors at maximum speed in 18 km / h.

But in terms of miniature and stealth, it is still far from real hummingbirds. For example, the smallest hummingbird leads the entire 2 gram (Cuban variety), which is much less than the mass of a drone. Also, the time of the drone's flight without recharging is lame: 8 minutes with active maneuvering, 20 minutes, if you “hang” on the spot. All this is due to the small capacity of the batteries. But not only, gigantic hummingbirds are migratory birds that change climatic zones without stopping and "refueling". It is clear that she would not be able to do this if it were as energy-consuming as the drone using her platform. To resolve the issue, Hummingbird want to provide the ability to refuel in the air.

However, it is worth noting that the mentioned Hummingbird LTHs are demos, so they can grow as part of a constantly evolving military program. If we consider information from sources in this industry, it states that the military already have several proposals for alternative UAVs from other companies that use alternative approaches to solve the problem of the flapping wing of microdrones.