Soviet-Finnish war: what historians do not notice 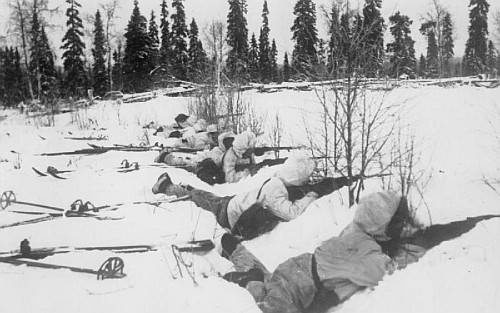 
It’s better to start right away with the outcome of the war - what did the USSR get and what did Finland get? The Soviet Union received everything that the Finnish government asked before the war - the state border and the Hanko peninsula, which later became a symbol of Russian military prowess, was removed from Leningrad. And the Finns got a military catastrophe and almost entered the USSR as a union republic. But not logged. That once again refutes the liberal-paranoid theory that Stalin wanted to take over the whole world.

If you would, then why not join Finland, which in March 1940, was on the verge of defeat? Even in a half-step, since by that time the number of the Red Army involved in the war against the Finns had grown from 425 000 people to 760 000, and the Finns, with a broken Mannerheim line, could barely scrape 250 000 people. At the same time, Stalin could increase the size of the army to infinity, and Mannerheim rushed about like a hyena in a cage, not knowing how to close the collapsed front. 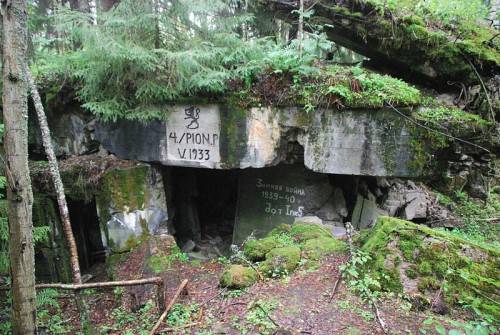 Dot Ink5 on the line Mannerheim. Photo One half 3544 from wikimedia.org

Stalin simply had to let the war go on for at least another month, and Helsinki would become the capital of the union republic. But 12 March 1940 was put an end to the war. The USSR received all that it wanted, but Finland remained stupid. Before the war, she was offered compensation in the form of 5529 square meters. kilometers of Karelia, but the hot Finnish negotiators obstinate and received in March 1940 of a five-minute defeat.

For comparison: the Northern Front, which entered the war on June 24, 1941, already had three armies and six corps in its composition, including one aviation. And during the war years, Leningrad alone gave the front more than 100 militias, not counting the assigned reserve.

Against this backdrop, a three-month Soviet-Finnish war looks like not the largest military operation. Again, for comparison, the Stalingrad battle involved half a million people, Operation Bagration - 1,7 million, and more than 2,3 million people were involved in finishing the Nazi reptile in Berlin.

So in Finland, the Soviet Union fought, figuratively speaking, with the left heel. Even a part of it. All this once again proves that the USSR was not originally intended to occupy Finland and turn it into a Union Republic.

At the talks, Stalin made it very clear what he wants: “We cannot move Leningrad, so we will have to move the border.” If the Finns had agreed, they would have received twice the territory and, which is very likely, in World War II they would have remained a neutral country.

But they decided to fight. Sincerely hoping for the help of the Anglo-French "partners" who traditionally threw the Finns. As the Poles, the Belgians, the Dutch, the Norwegians, the Greeks, and all the others threw.

The British, at the end, even threw the French (Operation Catapult, July 1940 of the year), once again giving Hitler a reason to laugh at transcendent Anglo-Saxon cunning. By the way, during the Second World War, the British were thrown twice by the French; let us remember, on whose money French Syria “rose up” in 1945.

Is it any wonder that the British fighters "Hurricane" with the Finnish swastikas eventually ended up not in Finland, but in the USSR? What our pilots were very indignant about, scolding and coloring the fighters, and the unfinished British plane itself. And the Finns and in December 1939, and in January, and in February, 1940, everyone was waiting and waiting for the promised help.

Similarly, Polish fools were waiting for her in September, 1939, before the Wehrmacht came out to Brest-Litovsk. Likewise, the French were waiting for her from 1940 to 1944, looking into the empty Atlantic, where the Anglo-American fleet could not be seen. Still, it is not for nothing that it is said that it is very bad to have an Anglo-Saxon enemy, but even worse, a friend. Itself is more expensive and will take on a triple price.

And while Mannerheim was asking the "partners" where the promised expeditionary corps was, the Red Army, albeit hard, cut through the defensive line named after this man to whom the liberals tried to hang a memorial plaque in St. Petersburg.

Yes, the losses were great, at the initial stage the command was ugly, which is only the death of the 54 and 163 of the Soviet divisions. But the bitter lessons were quickly taken into account, and in February the Finnish troops themselves almost did not get surrounded. And on March 7, subdued Finnish greyhound diplomats came running to Moscow humbly asking for peace.

Liberal historians still consider the victory of the Red Army in the Pyrrhic war, citing as an example the number of losses of the parties. Very touching care for people, but it would be better if they took care of all those who were killed, died of hopelessness, despair, poverty, or were not born during the social experiment on the country that we have seen since the accession of the “best German” M. Gorbachev and the end and the edge of which is not yet visible. 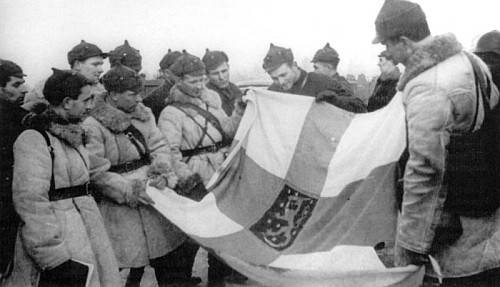 The group of Red Army with the captured flag of Finland. Photo Heikin from wikimedia.org

Unlike the fighters of the Red Army who died in Finland, all these people could not defend themselves, could not fight back the “reformers”, but they don’t remember anything about them. Instead, citing the following figures: 126 thousand killed by the USSR and 26 thousand from Finland.

True, one Russian “expert” with a non-Russian surname added up to 400 000 only those killed on our side, but after the revelations of a Vermont prophet about the loss of the army during the years of the Great Patriotic War, there’s nothing to be surprised at. All these pseudo-hacks just want to give a calculator, so that they calculate daily losses and at least try to understand how well their numbers are justified.

Perhaps someone will disagree, but the outcome of the Soviet-Finnish war was for the USSR that it was a strategic plus. Of course, this conflict was closely watched. Especially in Germany, where the Fuhrer, with the cretinism characteristic of his donkey, made no less a donkey's conclusion: the USSR is a colossus with feet of clay. Aloizych didn’t even know that in his phrase he denied himself, but from a cretin what is the demand?

For the idiocy of the Fuhrer, wehrmacht soldiers, who did not want to fight, had to pay - according to one young "historian" - in the snow-white fields near Moscow, then "in the so-called" Stalingrad cauldron, and then in Berlin, where the millionth group "did not want to fight" in the shortest possible time, the "colossus on clay feet" turned into fertilizer and put an end to the war. But it was all clear in March 1940 of the year.

The Red Army has shown that it can solve the most serious tasks, that it learns quickly and that it is headed by an anecdotal and dry-breathing field marshal from Autumn Street, and a man who could not have liked the Liberals favorite Mannerheim, Roosevelt, or Churchill , neither Hitler, and indeed no one on that historical segment.

That was what was to be seen on the basis of the Soviet-Finnish war. Can, история human civilization would have gone a completely different way. Unfortunately, she does not know the subjunctive mood ...

Ctrl Enter
Noticed oshЫbku Highlight text and press. Ctrl + Enter
We are
About Stalin and KhrushchevWhat you didn't want to know about England
Military Reviewin Yandex News
Military Reviewin Google News
70 comments
Information
Dear reader, to leave comments on the publication, you must sign in.