Mikhail Delyagin: Our budget is a budget for a coup d'etat 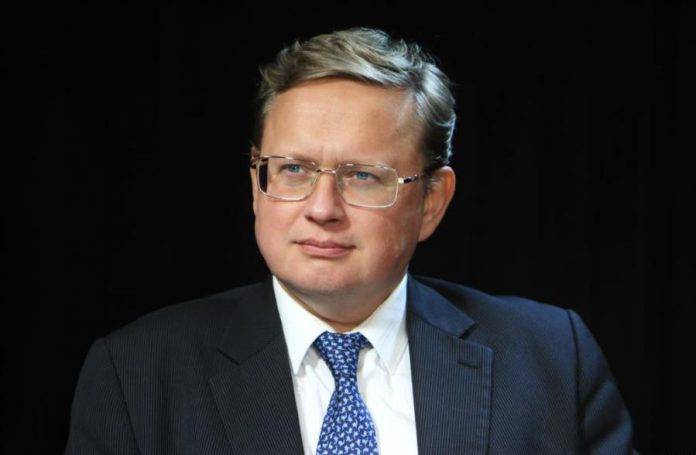 The budget is the main financial document of any government. Its structure and the specifics of its execution speak of real priorities and intentions of the authorities, louder and more precisely, any official statements.

The execution of the federal budget in January-October 2017, produces a shock impression. To the accompaniment of statements about the lack of money and the apparent apparent increase in fiscal pressure on the economy from next year, the federal budget deficit in October 2017 amounted to only 0,9% of GDP. Moreover, for the past six months his condition is close to ideal: in August and September there was a surplus, and in May-July the deficit was completely insignificant (it did not exceed 0,5% of GDP). In January-October, the federal budget deficit amounted to only 0,4% of GDP, with annual projections of 2,1% of GDP.

Thus, the budget surplus for the first 10 months of the year amounted to more than 1,25 trillion rubles; target level exceeded by 10,2%.

As in previous years, these Russian taxpayer funds did not go to the needs of Russia, but were frozen in the federal budget. Unused balances on his accounts grew over 10 months on 2 trillion rubles. - up to more than 7,5 trillion (including in October, the growth amounted to 240,5 billion rubles; this increase, unlike in previous periods, was not withdrawn from the country and was not included in the Reserve Fund or the National Welfare Fund, which gives cautious hope).

Unfortunately, federal federal budget profits are not caused by economic recovery (recognizing official statistics after last year’s shake-up of its methodology means voluntarily abandoning one’s own mind), but traditional for liberal governments artificially lowering oil prices and other important parameters. The reason for this understatement is simple: justification in this way of reducing planned costs, blocking Russia's economic, social and technological development.

After all, modern liberals, who control the entire socio-economic policy of Russia, proceed from the fact that the state should not serve the people, but global monopolies, primarily speculative ones. Therefore, development is unacceptable: on the one hand, in case of success, competition may arise for the “masters of the world”, on the other hand, resources diverted to the country will no longer be resources of global speculators, which from their point of view is unacceptable mismanagement.

At the same time, all aggregated expenditure items will be reduced in real terms with the only exception: the cost of servicing the public debt (that is, paying interest on it) is the second key priority of the government of Medvedev and the liberal clan in general.

Borrowing in a situation where the budget is choking on money and in the literal sense of the word does not know where to put it, it is ridiculous for the state, but it is extremely beneficial for various financial speculators who lend him money. A comparative implementation of budget projections for 2017 for the main items of expenditure shows that financing speculators is a priority this year too.

In fact, the budget for the period up to 2020 provides for a further increase in the scale of feeding financial speculators at the expense of taxpayers - natural from the point of view of liberal ideology and criminal from the point of view of a non-developing country, 84% of whose population is poor or impoverished (i.e. for the purchase of simple household appliances or food), and whose children are still dying with the official diagnosis of “lack of budget funds”.

The outpacing (from major expenditure items) reduction in expenditures on the most important items — social assistance, defense, economics, and state financing (including basic science) —will suggest a complex, anticipatory destruction of these very areas that are most important to society.

Most likely, full implementation of budget plans for the period up to 2020 will not succeed: in these three years, it will either be drastically changed to development policy, or, because of its destructiveness, will undermine Russia, causing us to fall into the Troubles, which may be even worse than Ukrainian.

Considering the hostile pressure of the West, the budget for 2018-2020 can be considered the budget of a coup d'état, for it objectively aims to bring society to an extreme degree of despair and action on the memorable 1991 principle of the year “better terrible end than horror without end”.

In the meantime, the federal budget continues to choke on money - but the liberal government of Medvedev not only does not allow Russian taxpayers' money to serve Russia, but also in every way aggravates the catastrophic crisis of regional and local budgets. At the same time, the agony of the governors brought to despair (for example, the head of Khakassia Zimin) probably only encourages the government and retired (like Kudrin) liberals, tirelessly pushing Russia into the Maidan.

Ctrl Enter
Noticed oshЫbku Highlight text and press. Ctrl + Enter
We are
About Stalin and KhrushchevList of destroyed the largest and most high-tech enterprises
26 comments
Information
Dear reader, to leave comments on the publication, you must to register.